Well, fortunately, I figured it out while I was at the gym this morning. I’m pretty sure it’s a ham sandwich. And no, I’m not saying that just because I’m hungry. There’s an explanation here. I’m going to explain it, clickbait titles and all, in, oh, the next eight minutes or so.

First off, before we can even appropriately ask “What is the meaning of life?” we must first settle something more subtle and something more important. Namely, what is meaning?

WHAT IS MEANING? (AND OTHER QUESTIONS THAT MAKE YOU WANT TO PUNCH SOMEONE IN THE FACE)

What is meaning? That may strike you as terribly navel-gazey and ultra-philosophical. And if that’s the case, I invite you to think about ham sandwiches for a moment, and just stick with me for a minute. Because it’s important.

What does it mean for something to mean something? As humans, we have a constant need to attach meaning to everything that happens in our lives.

Meaning is the association that we draw between two experiences or events in our minds. X happens, then Y happens, so we assume that means X causes Y. Z happens, and we get really bummed out and feel awful, therefore we assume that Z sucks.

But let’s be real: meaning is an arbitrary mental construct. Fifty people can watch the exact same event and draw fifty different meanings from said event. That’s why there’s so much arguing in politics. That’s why eyewitnesses are so unreliable in court. That’s why your friends are sometimes the biggest assholes — because that meaning you just shared, to them, meant something completely different.

Our brains slap together two different types of meaning:

1. Cause/Effect Meaning: You kick the ball, the ball moves. You tell your friend his hair is ugly, your friend slaps you in the face. You do X, and with reliable certainty, Y will result.

Better/Worse meaning relies mostly on the emotional parts of our brains. Generally what makes us feel good is what we immediately assume to be “good” or “better.”

Both forms of meaning evolved in our brains to help us survive. For thousands of years, humans needed to remember where certain food could be found, how various animals would respond when hunted, how weather patterns change and how to read the terrain. They also needed to know what would gain them acceptance within their tribe, what would curry favor from friends and earn approval from that sexy guy/gal in the loin cloth over yonder.

So in that sense, meaning is nature’s tool for motivation. It’s how evolution made sure we got shit done. Meaning drives all of our actions. When there is great meaning attached to something, like our child is sick and starving, we will go to insane lengths to make things right. People will often even go as far as to give up their lives for some grand sense of meaning (see: religion, every war ever). Meaning is that effective at moving people.

Conversely, when we feel we lack meaning in our lives, when shit just doesn’t seem to matter, when there’s no clarity on how or why things happen to us, we do nothing. We sit on the couch and twiddle our thumbs and watch lame reruns while complaining on the internet about lame reruns.

But here’s the kicker (and I swear I’m going to get to the ham sandwich): meaning is a resource that we must cultivate in our lives.

Meaning requires action. Meaning is something that we must continually find and nurture. Consistently.

In a very real sense, the meaning of life is therefore to create meaning.

So how does one create meaning? Two ways:

1. Solve Problems. The bigger the problem, the more meaning one will feel. The more work you do towards that problem, also the more meaning you will feel. Solving problems basically means finding ways to make the world a slightly better place. Can be as simple fixing up your aging mother’s dilapidated house. Or as complex as working on the new great breakthrough in physics.

The point here is not to be picky. It’s easy, when we start thinking of how insignificant we are on a cosmic scale of the universe, to start thinking there’s no point in doing anything unless we’re going to save the world or something. This is just a distraction. There are tons of small, everyday problems going on around you that need your attention. Start giving it.

2. Help Others. This is the biggie. As humans, we’re wired to thrive on our relationships. Studies show that our overall well-being is deeply tied to the quality of our relationships, and the best way to build healthy relationships is through helping others. In fact, some studies have even found that giving stuff away makes us happier than giving stuff to ourselves. Go figure.

As such, it seems to be a “hack” in our brains that helping out other people gives us a greater sense of meaning and purpose. Just the fact you can say to yourself, “If I died, then someone is better off because I lived,” creates that sense of meaning that can propel you forward.

THE TRAP OF SETTING GOALS

A lot of people find meaning through setting goals for themselves. They want the corner office, the big car, the fancy-pants shoes. It gives them a reason to wake up in the morning, a reason to bust their ass at work. It gives them something that makes them feel important and something to look forward to every day.

But goals are a double-edged sword. You have to be careful.

Goals are good tools for building motivation. The problem is that, by themselves, they are arbitrary and empty.

Unless there’s a why behind the goal full of meaning, the goal itself will provide little long-term happiness or satisfaction.

Ever see star athletes flounder after retirement? Or a guy who finally made his millions become deeply miserable because he doesn’t know what else to do with his life?

Goals are dangerous because the meaning they provide when you’re working towards them is the meaning that is taken away once you achieve them.

There has to be a deeper reason for your goals. Otherwise, the goals themselves will be empty and worthless in the long-run.

Notice that it’s the athletes who aspire to be the best at their sport for some greater reason — to build a charity, to start a business, to transition into another career — who handle retirement the best. Notice it’s the millionaires who spent their life working towards a deeper cause that remain content once all of their goals are checked off the checklist.

But some goals don’t even have to be big and sexy.

Take a ham sandwich. I sat down to write this article hungry. That’s a problem in my life. And I promised myself I’d pump out this draft before going and making myself a sandwich. That gave this hour some extra meaning.

And you know what? Maybe my wife’s hungry and I can make her one too. You know, make the world a better place and all that shit while I’m at it.

So what’s the meaning of life? Well, for me, right now, it’s a ham sandwich. What will yours be? 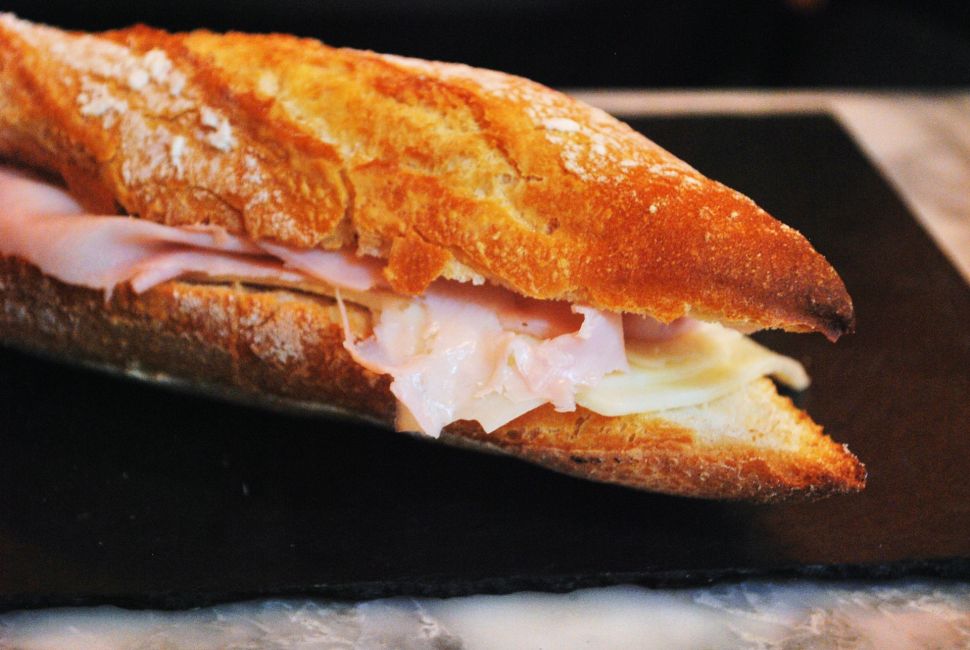