He wrote some fantastic scripts and directed Oscar-winning films we all remember. And while I enjoy Stone’s outsider status, in his film Wall Street: Money Never Sleeps, the main character, Gordon Gecko, proclaims that, “The mother of all evil is speculation.”

To say speculation is “the mother of all evil” is to tie your brain in a bowtie.

When Stone sets forward to make a new film, he’s speculating that you will spend your money to watch. There is nothing wrong with that.

But these days speculation is positioned as a pejorative in intelligentsia circles. New age guru Deepak Chopra makes the sweeping generalization that “Wall Street is broken for sure because it succumbed to greed and corruption and pure speculation with no values.”

Deepak, Wall Street, the phrase, can mean anything.

If he is talking big bank bailouts it is easy to agree with him, but pure speculation practiced honestly is far from valueless.

One of the most successful traders alive today, a speculator through and through, David Harding, knows deep down the connection among speculation, opportunity and success:

“Speculari, the Latin root of the verb “to speculate” has the literal meaning to observe. To be successful this observation must, of necessity, be detached and unemotive and thus where great social and moral issues are at stake, it is perhaps not surprising that distrust and hostility among the general population can arise particularly when the speculator profits at a time of general discontent. Yet this detached observation is clearly in the spirit of the natural scientist and the act of speculating for money is in the spirit of the empirical scientist’s restless yearning to add to empirical knowledge and put theories to the test.”

No matter if you win or lose, you are speculating—trying to get ahead.

You buy Snapchat on the IPO because you like the app, think it’s cool—you are a speculator. Maybe that bet doesn’t work out due to your mindless buy sell strategy? That is the nature of speculation.

You see when it comes to making money not all speculators will be winners, and that is the root of the rub, the root of some positioning speculation as a 4-letter word. Too many want fairness and equality in the speculative process.

Not surprisingly our political leaders have speculation on trial. They love the sport of ripping speculators. United States socialist Bernie Sanders is as predictable as a VW bus, “I’m not much into speculation.”

The fictional character Bobby Axelrod of Billions counters Sanders: “What have I done wrong? Really? Except make money. Succeed. All these rules and regulations? Arbitrary. Chalked up by politicians for their own ends.”

Axelrod is a fast and loose day trader built on inside information, but his words, words uttered by many an honest man over the millennia, expose in raw form the hatred inferior minds have toward speculation and reinforce it as a necessary and worthy endeavor—especially in markets.

Make no mistake it is never bad to honestly and ethically take advantage of an opportunity you might recognize. You should never walk away from a great speculative opportunity.

Take the importance of speculation a step further and consider: “What is the foundation of markets?” A speculator’s ability to receive a price they can count on as fact. Said another way, with no price, humanity is back to cavemen beating each other with clubs.

Although government can’t determine prices in the long run, in the short term, government will attempt to rig the market system via QE, ZIRP, NIRP, or whatever acronym to follow next—all to give non-speculators an unearned advantage.

However, in spite of government interference, speculation practiced by the clever and wise is always available.

And learning how best to speculate is not only a worthy endeavor—it is a survival-of-the-fittest concept you can see back to the earliest literature. From Young America on Wall Street circa 1857, quoting a French poem about a latter-day millionaire:

Monday, I started my land operations;

Tuesday, owed millions, by all calculations;

Thursday, I drove out a spanking new span;

Friday, I gave a magnificent ball;

Saturday, smashed—with just nothing at all.

There is nothing wrong with that turn of events. That’s normal. It’s the expected up and down. Luck is always in play, but so is skill, and not everyone wins.

Now speculate this, “Do you consider yourself an investor or a trader?”

Investors put their money into investments hoping value will increase over time. Typically, they have no plan if it goes down (like our Snapchat friend). They hold on, praying value will reverse and go back up. Investors succeed in bull markets and lose in bear markets. They have no coherent response when losing starts. They hang tight and lose even more.

Traders, like David Harding, have a defined strategy to put money to work for a single goal: Profit. Wise traders do not care what they buy or sell as long as they end up with more money in the long run.

Winning traders don’t invest they trade. It is a critical distinction.

I am no prophet with that wisdom. It’s been around for eons even if we homo sapiens misplace it every generation.

From Investments and Speculation, published in 1911, the optimal speculative mindset is a gut check for the Bernie Sanders of the world:

“Speculation will always be with us. Prudes may frown upon it, superficial thinkers may confuse it with the commonest forms of gambling, and sociologists may dream of the day when envy, ambition and covetousness will be a thing of the past and the human race can exist in peace without these human traits, but their agitations and outcries can no more check speculation than human ingenuity can devise a scheme to control the tides. What the blood is to the human body, speculation is to business…and intelligent speculation is no crime. It is not gambling. It is merely pitting human shrewdness against the uncertainties of the future. For that matter, life itself is a speculation in which ministers, prudes and agitators hope to avoid sickness and accident and live their allotted span of life. Between speculation and gambling there is as much difference as there is between night and day. Speculation commands the exercise of the greatest measure of acumen, where gambling trusts everything to luck and the turn of a card.”

You have a choice: Smart speculation or emotional gambling. One choice gives you a chance, and the other feeds your ego. Of course, the majority of any population always goes for the latter.

And that reality should make any self-respecting speculator smile.

Michael Covel is the author of five books: including the international bestseller, Trend Following, and his investigative narrative, The Complete TurtleTrader. Michael is also the voice behind Trend Following Radio, the underground alternative hit that has been as high as No. 2 on iTunes with 5 million listens. 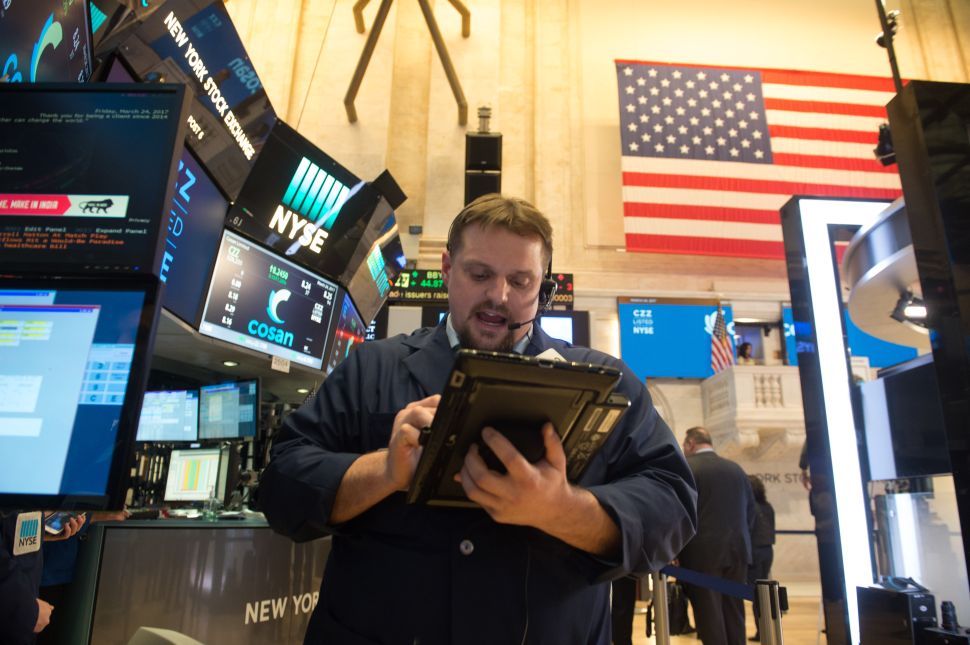