The 90 hour work weeks must have made me delusional, because working at my former company never felt…real. It was a dream I couldn’t believe, or a nightmare I couldn’t leave. Sometimes both.

Do something you love, never work a day in your life—that’s how the saying goes, right? And I loved my work. Truly, I did. But never working a day? The highs were high, the lows were low, it was nothing but work. I didn’t know something could be so tumultuous.

It was good. It was bad. It was toxic. It was exhilarating. And because I held on, it was also never ending. Friends and family told me repeatedly: cut your losses, let go. They didn’t understand; how could they? When you’ve invested so much of yourself into something, it’s easy — natural even — to develop a sort of tenacity and will yourself to stick it out. After all, you’ve come so far.

Was it healthy? Probably not. But goodness, isn’t it nice to believe?

Sleep is for the weak. Failure is a choice. There is only success, and those too lazy to achieve it.

The first time I had work on a Saturday, I complained about it halfheartedly to my friends. Internally, I was thrilled at being important enough to be called to work.

Wow. They need me. They depend on me.

How naive. For an ambitious, type A person like me, it was a weirdly addictive high — overworking.

I pushed myself to always be better than everyone around me. I took pride in how early I woke up, in how many different things I could successfully juggle, in how busy I was being busy. Hustle, hustle, hustle. I felt I was made for the rat race. Then again, I was also foolish enough to believe I could beat it and win— aren’t we all at some point?

A strange game. The only winning move is not to play. —WarGames (1983)

There were a lot of things I genuinely loved about the job. And for awhile, they sufficed to keep me tolerant of all the things which truly bothered me about it. It was a fear of missing out, of losing out on something great, of screwing up a good thing, that slowly dissolved any intent I had to change the situation.

It always got better too. Every time I considered moving on to something new, my role grew. In the midst of high turnover, I outlasted my peers. It was promotion after promotion. Responsibilities on top of more responsibilities. I caved each time, and I stayed. It was easier.

That didn’t stop me from daydreaming, though — fantasizing, if we’re being completely honest — about quitting and disappearing into the sunset. In hindsight, I should have recognized that as a bad sign. One that should have never been justified. But hey, they say good judgement comes from experience, and a lot of that has to come from bad judgement.

You’re being overdramatic, it’s not that bad.. You’re restless, that’s natural. The grass is always greener on the other side.. You’ll be fine after a vacation. This is just a temporary slump.

I was caught in a place where I didn’t feel good enough to thrive in my role, but crippled by the thought that I was not qualified enough to find anything remotely close to what I was doing — which I considered an ongoing, growing opportunity too golden to let go of. And whether it was self doubt that echoed the sentiment, or the atmosphere that reinforced it, there was always a voice snidely reminding me:

Unhappy? Check your privilege.. What if — No. Don’t forget, you’re lucky to be in this position. But what if — No, you should be more grateful… You’re not even qualified — you didn’t even deserve this.

I became a shell of who I once was, feeding more and more of myself to the parasite that was my job, in many desperate attempts to prove my worthiness. I couldn’t remember why I was trying so hard, or who I was doing it for. All I knew was: keep going, keep working, keep pushing.

I clung tightly to the ‘workaholic’ badge like a life vest—it was my salvation, confirmation that I wasn’t drowning.

In trying my hardest not to be average, I had become exactly that. Just another rat in the rat race.

Could this be it? Am I just a one-trick pony? How awful would it be if I’m still telling stories of ‘that one time I was a senior manager at some startup’ at my 10 year reunion? Is this…is this my peak?

My identity was rooted in this startup. At some point over the course of 2–3 years, it had completely taken over. I allowed it. Slowly, I forgot why I wanted to detach myself. And eventually, I just didn’t know how. Some days, I woke up lethargic and drained, without the energy to even get up. I spent those mornings counting the holes on my ceiling, contemplating life.

How did I get there? What did I want? If this could be considered success, it certainly wasn’t all that cracked up to be. Maybe I had it all wrong —I’m young, I could let go of my ambitions and go backpacking or something. Was I unreasonable for not appreciating what I had?

I hate looking back to that part of my life, even if it was only a couple years ago. I had burned out and I couldn’t even see that. It’s funny because, despite the internal turmoil, my work performance had not been affected. As a high performer and high achiever, I was able to continue doing my job, and doing it well. I was loyal to a fault, so I just kept at it. For my team, I would tell myself.

It takes a moment of extraordinary clarity to walk away from someone, something, someplace that you are intrinsically attached to. It takes even greater discipline to keep moving forward and resist turning back. Especially when the road ahead remains unclear.

Clarity struck me at a management meeting when a colleague asked my opinion on a project. I shrugged lightly and said it didn’t matter to me, my team would be able to support whatever decision that was made. It was a somber, sobering realization: I didn’t care.

Adequate. That just wasn’t good enough —not when I wanted happiness. With clarity and conviction, I quit.

Courage doesn’t always roar. Sometimes courage is the quiet voice at the end of the day whispering, ‘I will try again tomorrow.’ —Mary Anne Radmacher

Mianya Ong is a Los Angeles-based management coach and motivational speaker. When she’s not writing about her career experiences, she focuses on youth empowerment, professional development, and organizational culture. Follow her on twitter: @OngMianya 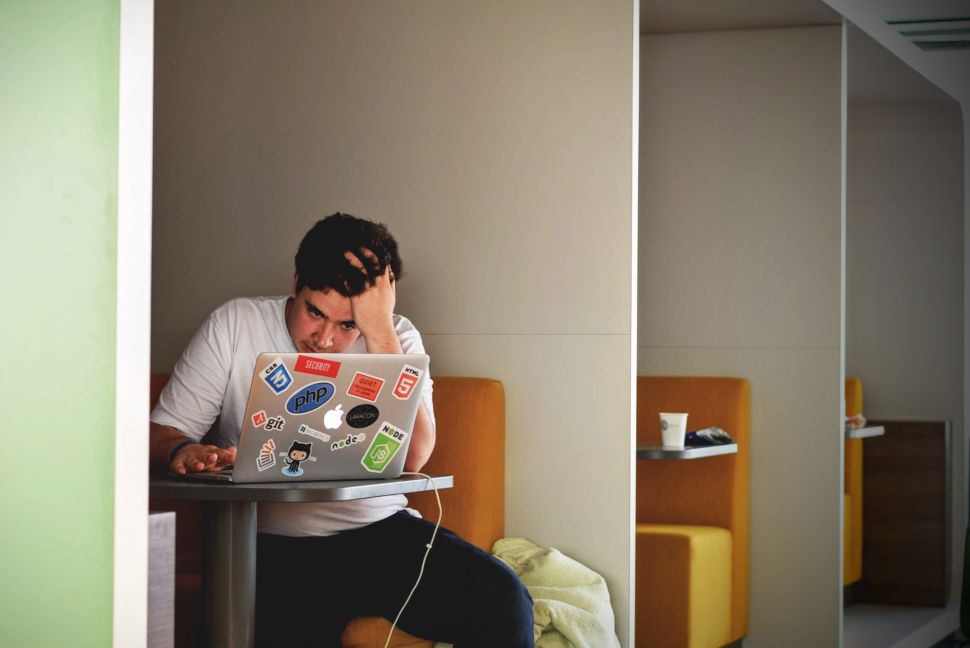