Former Secretary of Labor Tom Perez’s election as the DNC’s chair was a major slight toward progressives and Sen. Bernie Sanders‘ supporters. Perez was hand-picked by the party’s establishment to ensure that Rep. Keith Ellison didn’t win the DNC chair race, which would have provided an opening for Sanders progressives to gain leverage over party leadership.

President Donald Trump mocked the Democratic Party on Twitter for electing Perez, a candidate who doesn’t excite the party’s deflated base and preserves the status quo. “Call me Tom. And don’t get too happy. @keithellison and I, and Democrats united across the country, will be your worst nightmare,” Perez tweeted back at Trump. Perez’s tweet received significantly more interaction than his other tweets, prompting some to suggest that he purchased retweets from fake Russian Twitter accounts.

Perez’s tweet and purchased support is symptomatic of the Democratic Party’s desperate attempts to manufacture support for its party leaders, who continue to remain widely disliked. The party’s favorability ratings remain lower than Trump’s and the Republicans’, and Senate Minority Leader Charles Schumer and House Minority Leader Nancy Pelosi drag those favorability ratings down even further. Perez has little support outside of the Democratic establishment leaders, which include the DNC members who voted him in.

While Perez has tried to force feed a message of unity to Democrats by giving Ellison the powerless position of deputy chair, he initially included only one Sanders progressive out of 30 members of the DNC transition advisory team. The team is co-chaired by Leah Daughtry, who would have picked Hillary Clinton’s White House team but is now in charge of doing virtually the same thing for the DNC. In response to criticism, Perez added former Sanders staffer Melissa Byrne, but the team and the new DNC staff members continue to be disproportionately filled with former Clinton loyalists. Progressives and Sanders supporters comprise only a small fraction of the DNC staff and are there for symbolic concessions alone.

Polls have repeatedly shown that Sanders is the most popular politician in the country. Yet, the new DNC chair has never mentioned Sanders, who is the Democratic Party’s outreach chair. The Democrats’ Twitter account hasn’t mentioned Sanders since he was campaigning for Hillary Clinton.

The Democratic Party’s prevailing attitude is that Sanders is an outsider. As long as Democrats continue to hold this self-destructive attitude, they will repel progressives and independents who support Sanders and his bold policies over the Democratic establishment, which insists on focusing on Russia hysteria and their wealthy donors. 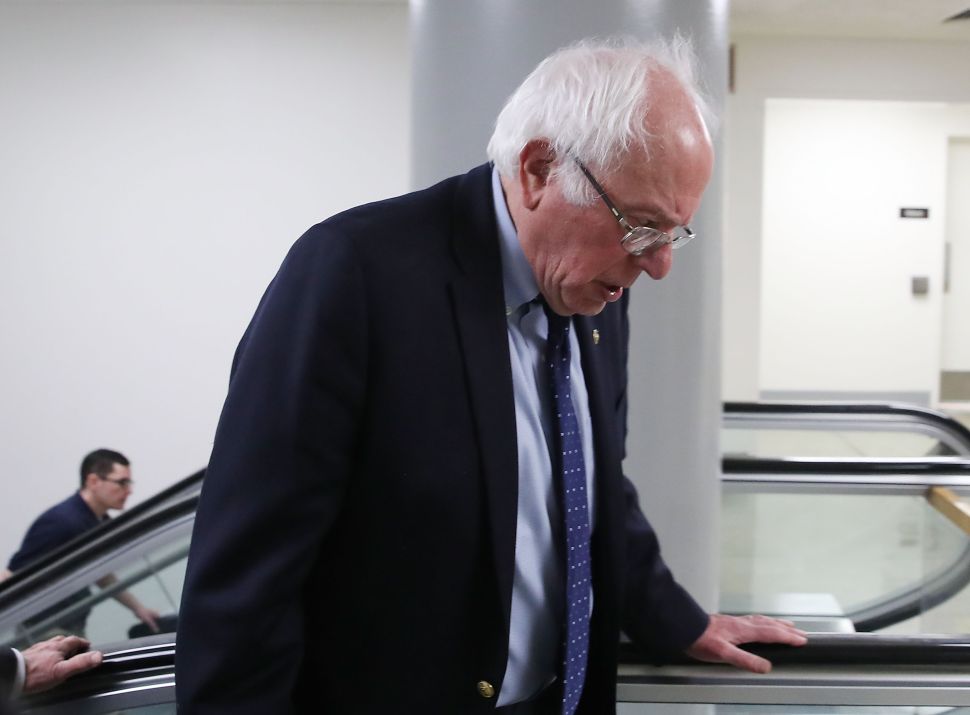