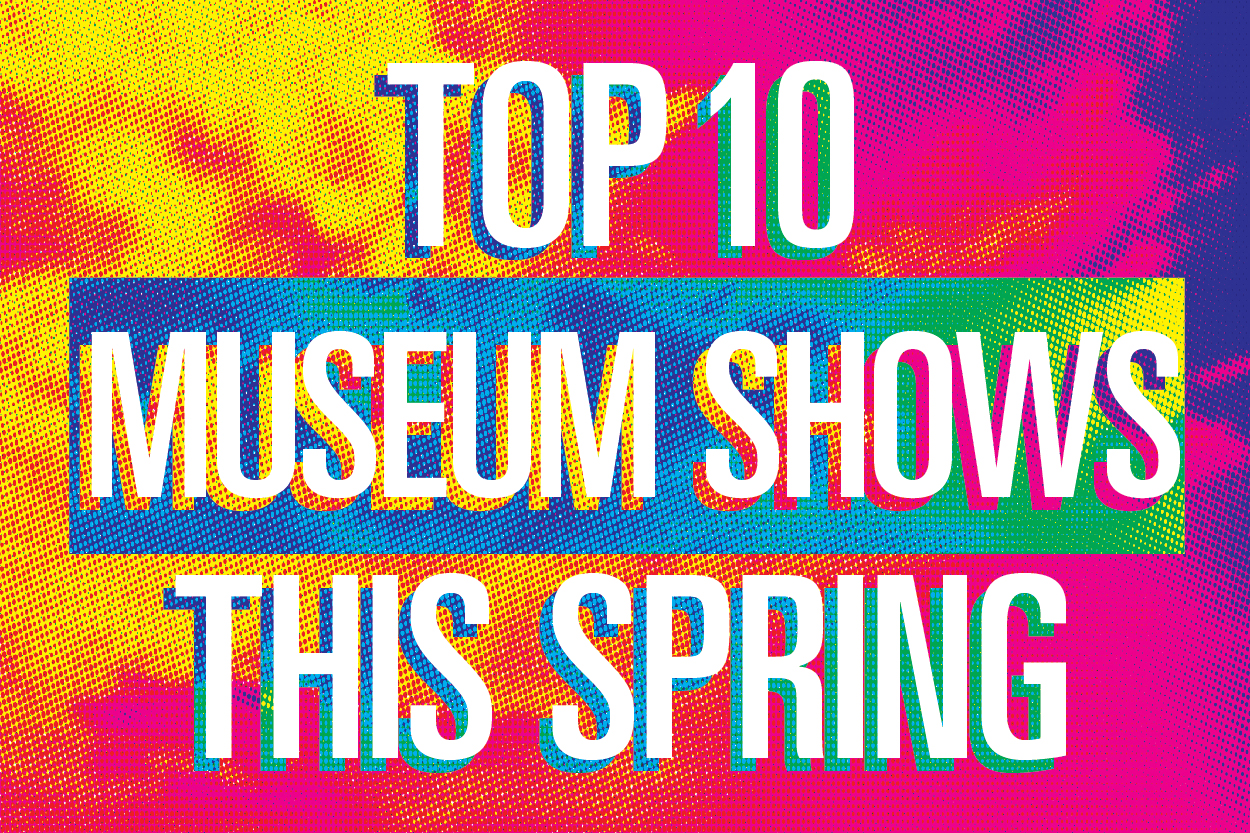 Institutions from MoMA to the Art Institute of Chicago will be hosting this spring's blockbuster museum shows.
Kaitlyn Flannagan for Observer 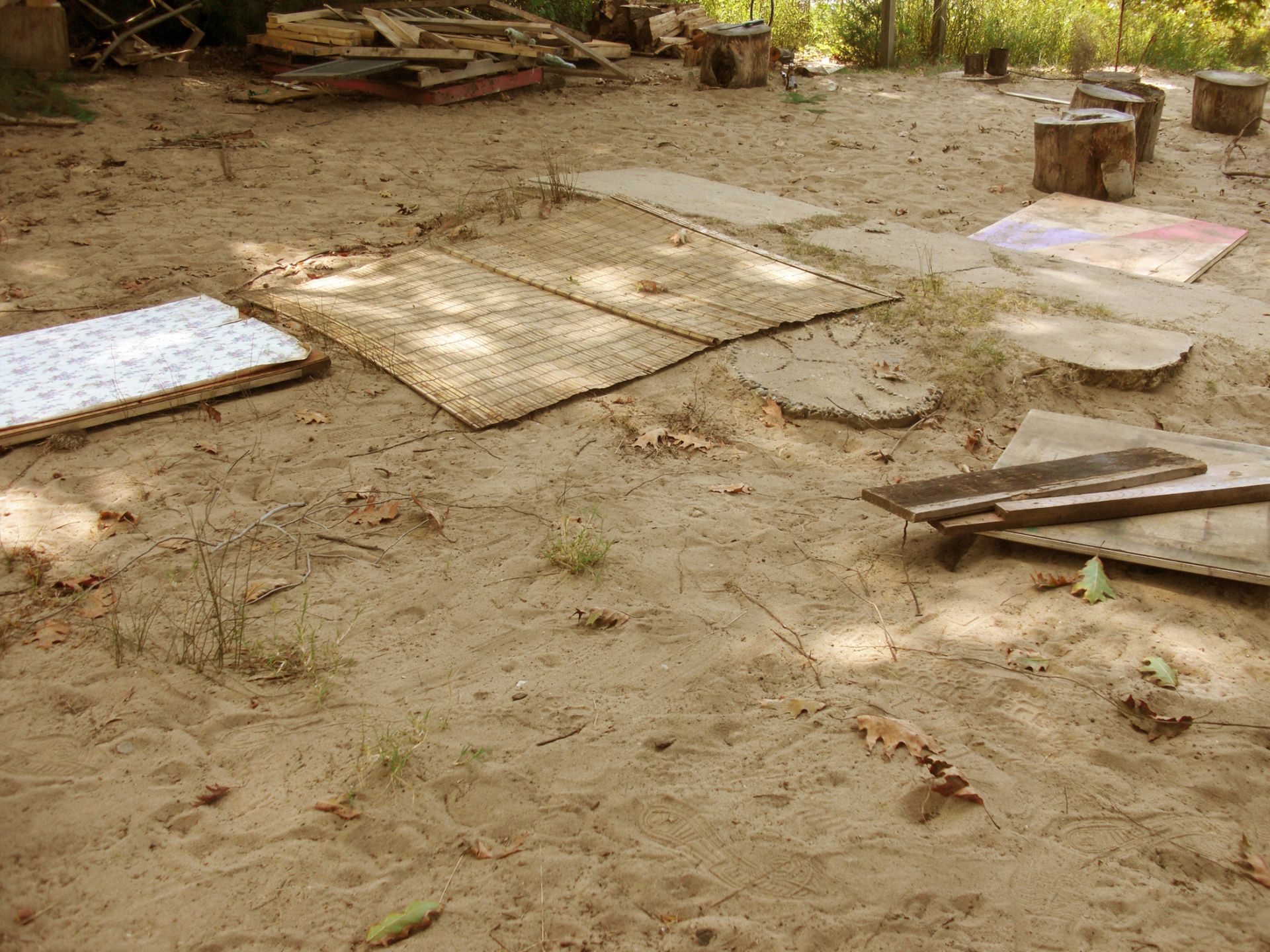 Park McArthur, How to get a wheelchair over sand, 2013.
Courtesy the Artist and Essex Street, New York, © Park McArthur 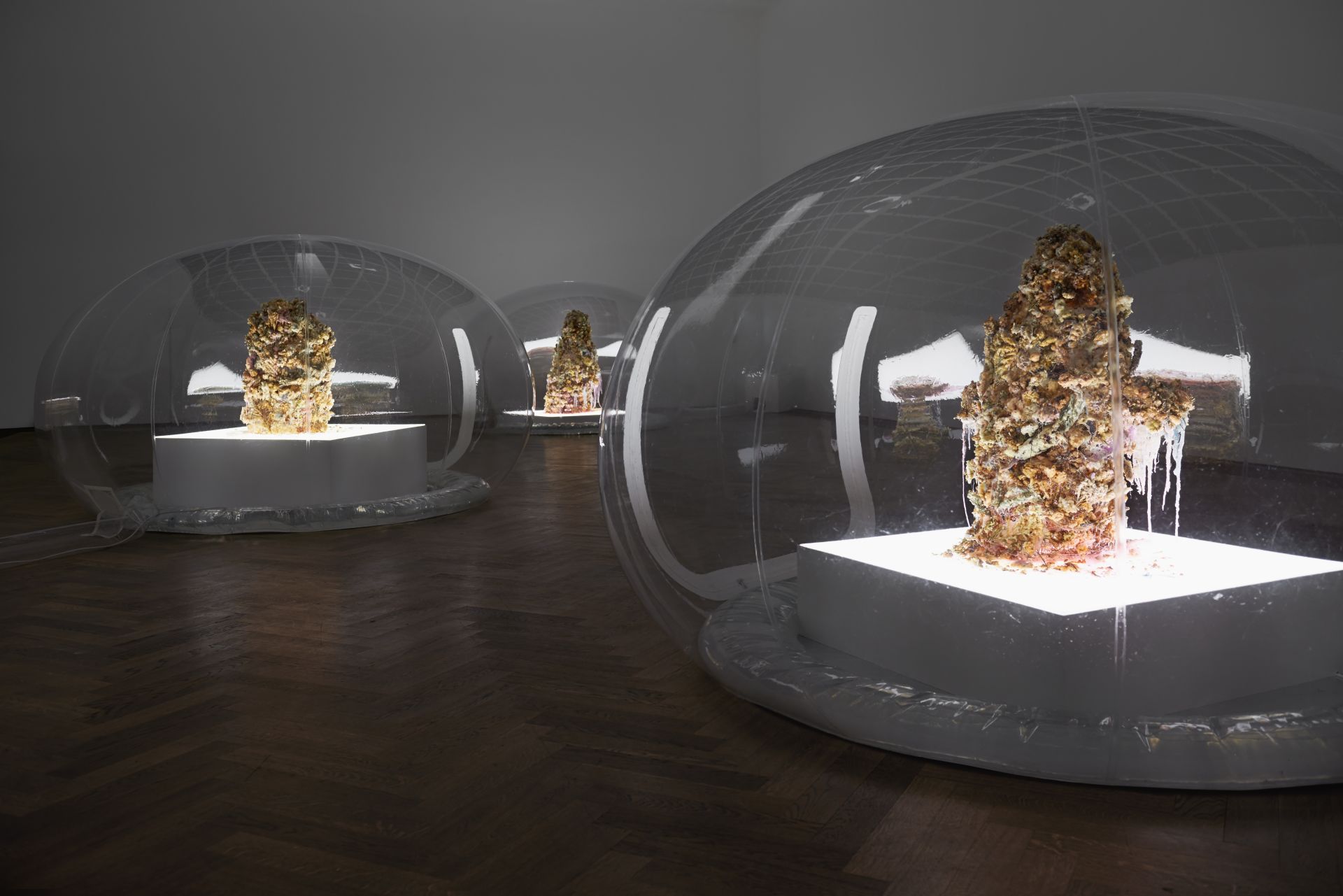 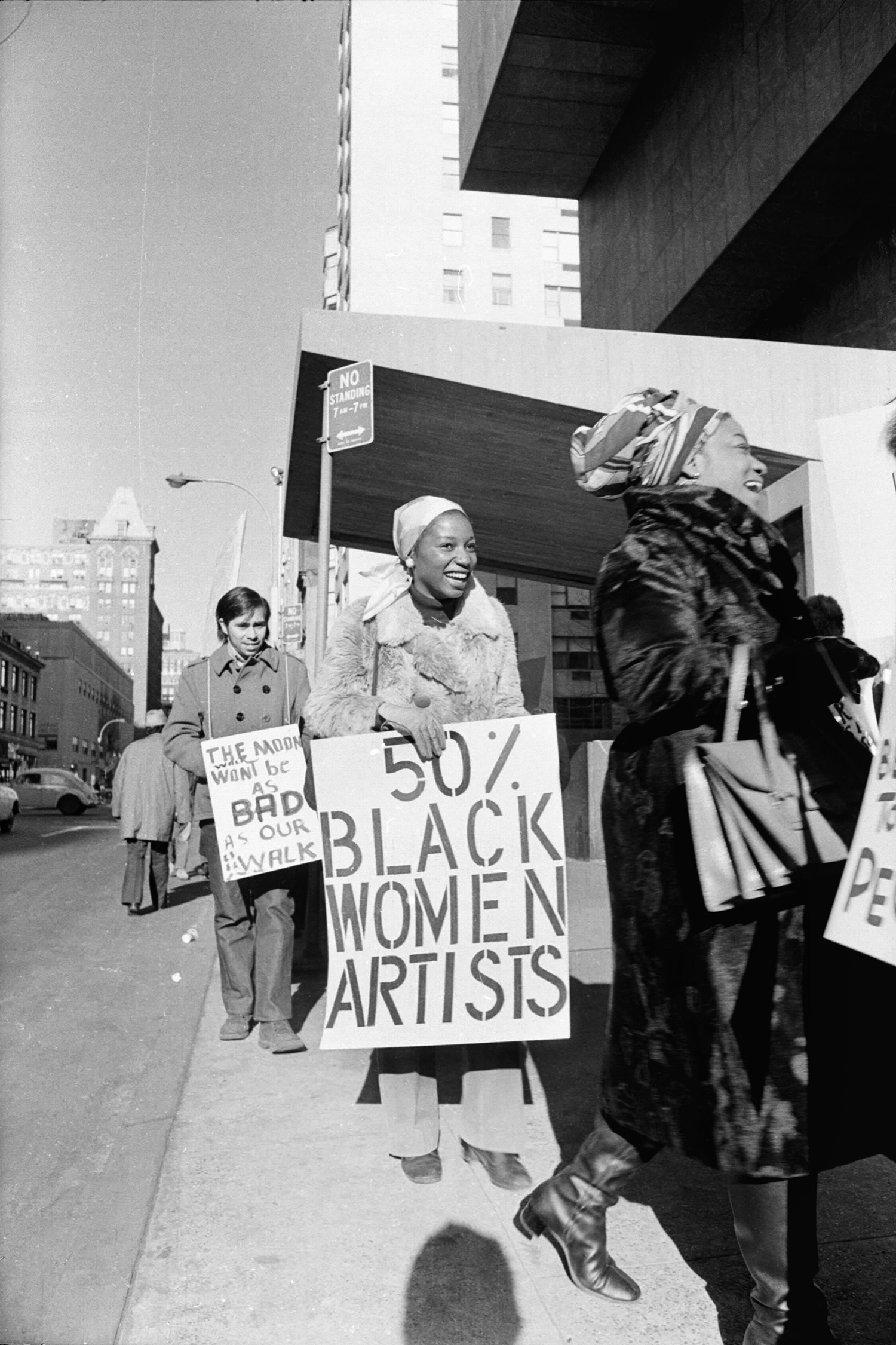 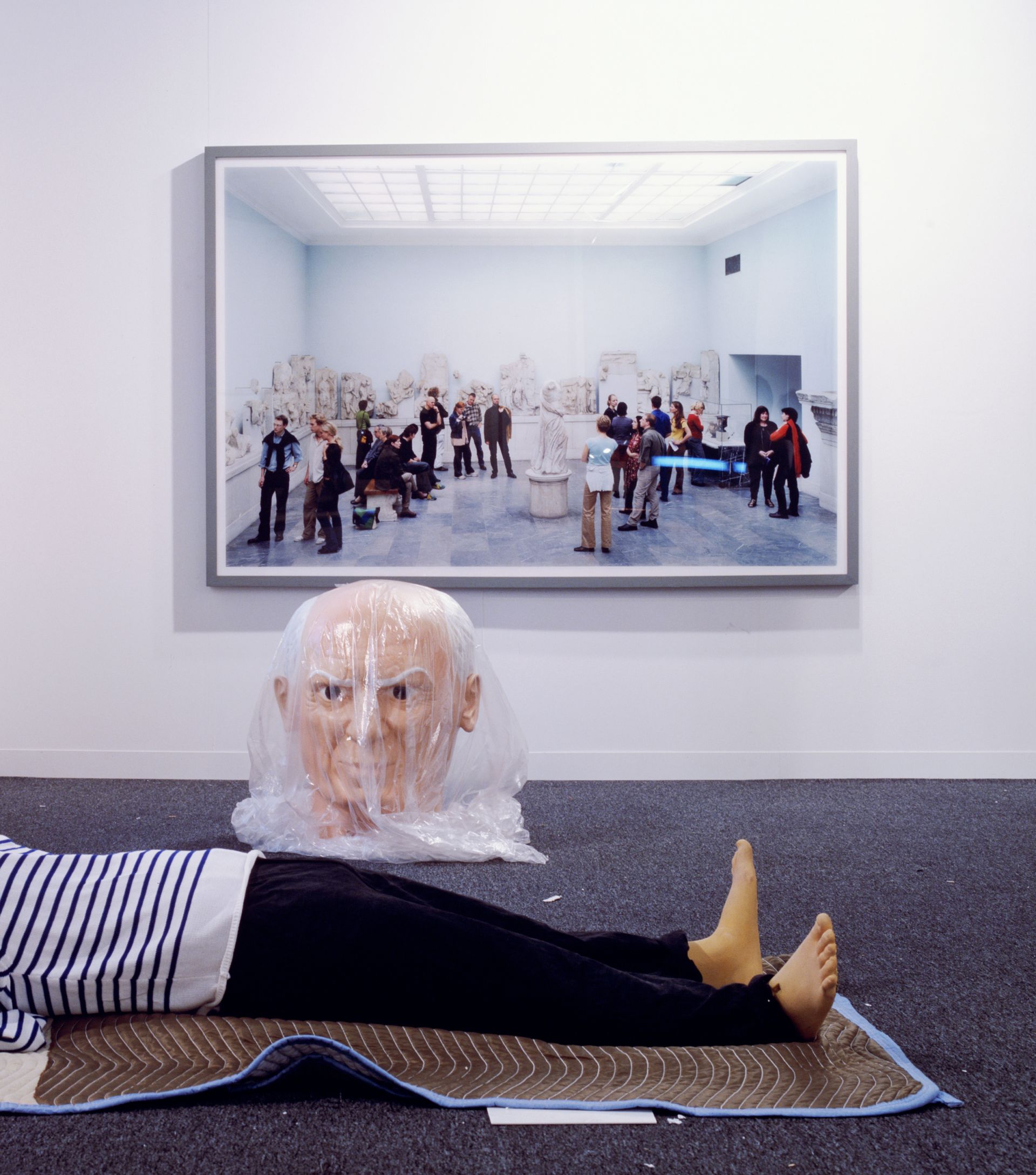 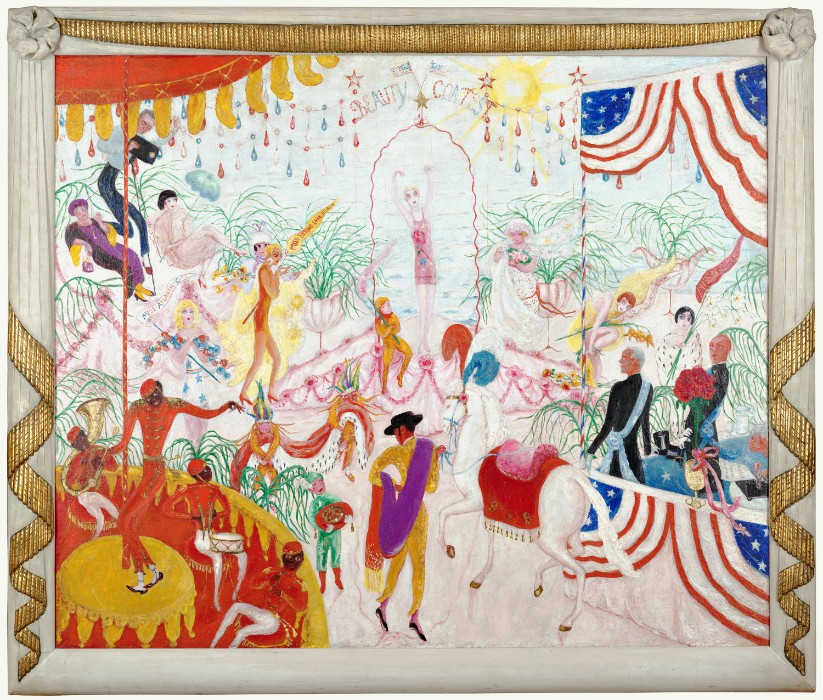 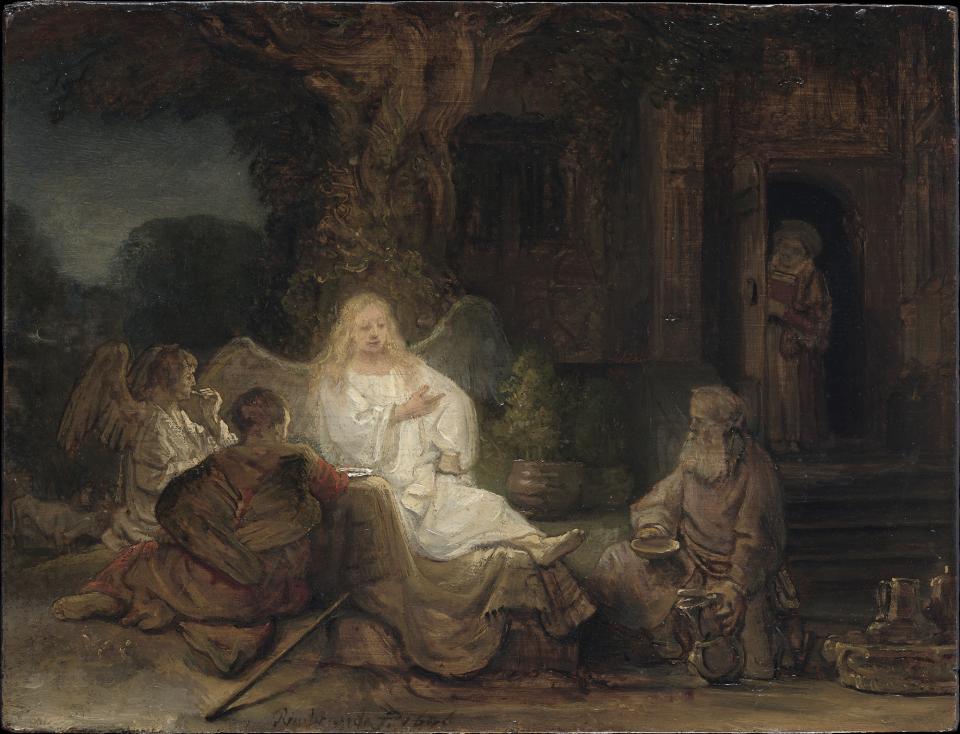 Abraham Entertaining the Angels, 1646.
Courtesy of The Metropolitan Museum of Art
Advertisement 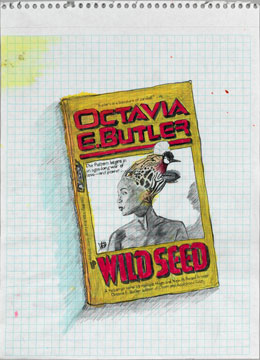 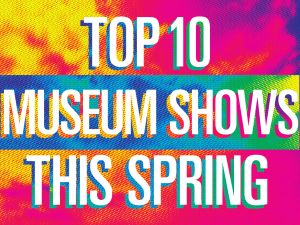 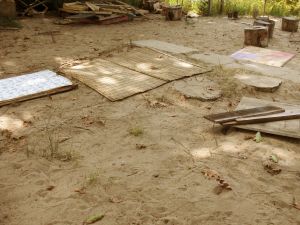 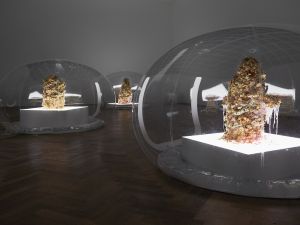 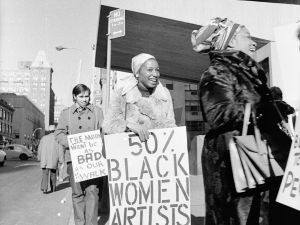 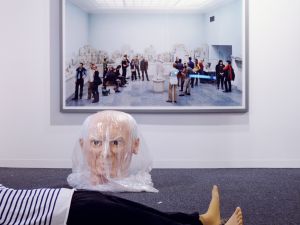 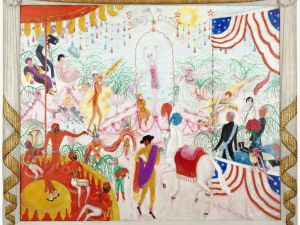 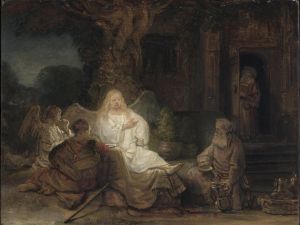 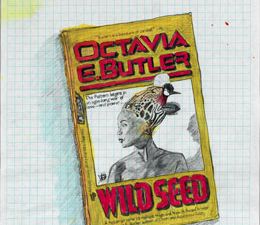 In the art world, there’s always something going on, and this spring art enthusiasts will find no shortage of exhibitions across the country to visit. But while many museums will seek to draw audiences with blockbuster names and well-traveled masterpieces, my don’t-miss list puts a spotlight on artists whose work is being shown at major institutions for the first time, artists of color, women and a chance to see some of the world’s rarest artistic treasures.

“New Work: Park McArthur” at SFMOMA
April 1 to August 27
McArthur is currently showing a series of empty signs in the 2017 Whitney Biennial. While the New York-based artist’s inclusion in the prestigious Biannual show is a great feat itself, she deserves double congratulations as she’s about to open her first solo museum exhibition with SFMOMA as part of the museum’s New Work series, which is known for premiering the work of rising art stars. In her installation for SFMOMA, McArthur will explore stone and wood and the materials’ relationships to several sites they often share a connection with: museums, memorials and monuments.

“Age of Empires: Chinese Art of the Qin and Han Dynasties” at The Metropolitan Museum of Art
April 3 to July 16
China’s famed Terra Cotta warriors will be traveling stateside for this unprecedented loan exhibition about Chinese art which is set to feature over 160 objects, including ceramics, textiles, sculptures and paintings—many of which have never been shown outside of Asia. The last time the Terra Cotta Warriors—a series of nearly 7,000 statues inspired by the army of Emperor Qin Shi Huang that were discovered buried alongside him—were shown in New York was in 2012.

“The Hugo Boss Prize 2016: Anicka Yi, Life Is Cheap” at the Solomon R. Guggenheim Museum
April 21
Yi clenched last year’s Hugo Boss Prize, which is among the top art awards in the U.S., for her science-inspired art installations, which often pique viewers’ senses through immersive environments that utilize scent. For her show at the Guggenheim, Yi will create a new environment that weaves together biological forms and technology.

“We Wanted a Revolution: Black Radical Women, 1965-85” at the Brooklyn Museum
April 21 to September 17
The Brooklyn Museum mounts the first major museum exhibition dedicated to the work of women of color active between the 1960s and 1980s, when second-wave feminism brought issues of reproductive rights and the pay gap into the public discourse. Featured artists include Lorraine O’Grady, Faith Ringgold, Betye Saar, Lorna Simpson and Carrie Mae Weems, among many others.

“Louise Lawler: Why Pictures Now” at the Museum of Modern Art
April 30 to July 30
This show marks Lawler’s first New York museum survey and features work from the 1970s through today. Lawler’s 1972 to 1981 sound piece Birdcalls will play aloud for visitors in the museum’s outdoor sculpture garden, broadcasting the names of male artists tweaked and altered to sound like chirping birds. The show will highlight Lawler’s tendency to alter her own work, translating imagery from photographs into traced works on paper and a series of stretched and cropped pictures know as her “adjusted to fit” murals.

“Rei Kawakubo, Comme des Garçons: Art of the In-Between” at the Metropolitan Museum of Art
May 4 to September 4
The Met’s annual spring Costume Institute exhibition is a highly anticipated event, especially because it coincides with one of the fashion world’s biggest parties of the year: The Met Gala. This year, the show and the gala spotlight the elusive Japanese designer Rei Kawakubo, whose company Comme des Garçons is known for its critically acclaimed and sought after avant-garde designs. This will be the Costume Institute’s first retrospective of a living artist since 1983, and the ever-private Kawakubo has promised to serve as honorary chair of the Met Gala for the occasion.

“Florine Stettheimer: Painting Poetry” at the Jewish Museum
May 5 to September 24
Florine Stettheimer is remembered both for her artistic output and for her social circle, which included Georgia O’Keeffe, Alfred Stieglitz and Marcel Duchamp, all regular attendees of the salon she hosted with her sisters. This exhibition will feature 50 of Stettheimer’s artworks, her poetry and costume and theater designs.

“Divine Encounter: Rembrandt’s Abraham and the Angels” at the Frick Collection
May 30 to August 20
This small Rembrandt masterpiece was last shown over a decade ago and has been leant from a private collection to the Frick this spring just for this show. The painting, which depicts Abraham speaking to a group of angels, will be shown with some of Rembrandt’s other drawings and prints of the Old Testament figure.

“Cauleen Smith: Human_3.0 Reading List” at The Art Institute of Chicago
May 27 to October 29
“Love. Resist. Read on. Right on.” Those are the words Chicago-based artist Cauleen Smith has written in her accompanying manifesto for her series Human_3.0 Reading List. Smith’s watercolor and graphite paintings of book covers on graph paper are meant to inspire questions about what’s included, what’s missing and which stories viewers relate most strongly to.

“Playing With Fire: Paintings by Carlos Almaraz” at the Los Angeles County Museum of Art
August 6 to December 3
This is the first museum retrospective of Los Angeles artist Carlo Almaraz, who died tragically at the young age of 48 in 1989. But while his career was short, Almaraz left an indelible mark on the L.A. art scene. His art, which often overlapped with his work as a cultural activist, was at the forefront of the Chicano art movement of the 1970s, and he is perhaps best remembered as one of the founding members of the artist collective Los Four. “Playing With Fire” will feature over 60 artworks, including his large-scale paintings, pastels and sketchbooks.