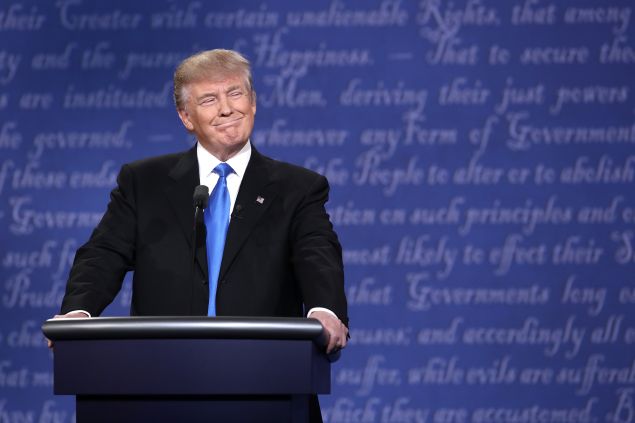 Donald Trump has made it clear to the public that he doesn’t like being mocked. Apparently, he won’t even take a punch from a teenager (or a kitten). Win McNamee/Getty Images

Lucy is a 17-year-old from San Francisco who spends her spare time reading at coffee shops, splurging on guac at Chipotle and practicing her tech skills. The high schooler dreams of working at a disruptive tech company and has recently been applying for web development jobs to get an early jump on her career. She wanted a “fun, little” project to put on her resume, so she coded a site called TrumpScratch.com where users click on Donald Trump’s face to punch him with tiny kitten paws.

But what was meant as nothing more than a jokey website for coding practice has turned into a legal nightmare. Now Lucy is facing the wrath of the big man himself.

“I was going to just let this go, but I think it’s, pardon my French, fucking outrageous that the president of the United States has his team scouring the internet for sites like mine to send out cease and desists and legal action claims if we don’t shut down,” Lucy told the Observer in an email. “Meanwhile, he tweets about The Apprentice ratings and sends out power-drunk tweets about phone tapping. HOW ABOUT BEING THE PRESIDENT?”

The POTUS wants this down. KittenFeed.com

Three weeks after the site went live, Lucy was served a cease and desist letter from Trump’s general counsel stationed in Trump Tower on Fifth Avenue in NYC.

The letter, confirmed by the Observer, reads exactly as you’d expect a Trump C&D would. It begins touting him as a “well-known businessman” and television star and boasts, “As I’m sure you’re aware, the Trump name is internationally known and famous.”

Guided by a family lawyer, Lucy changed the name of the site to KittenFeed.com

“But after changing, they still came at me,” she said.

Lucy is currently enrolled in a coding bootcamp and began learning the skill when she was 16. The site in question is so simple it took her only three hours to code it. But even though it was a quick project, she’s furious out of principle.

“It’s so sad that his administration is focused more on being liked, burying real news and taking down sites like mine as they supposedly make him look bad,” she said.

After changing the name, Lucy and her lawyer haven’t responded to the Trump counsel and are currently waiting to see what happens.

Update: An external PR firm reached out on behalf of the Trump Organization, claiming the Observer never called regarding this story. We did.

“This is completely false. No such letter was ever sent by us.” 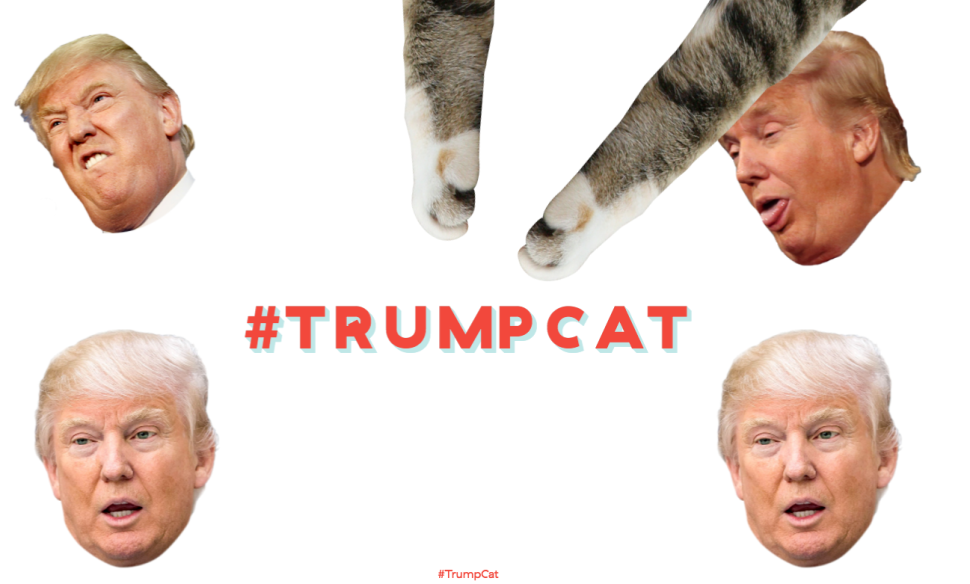