It seems inexplicable that Donald Trump, a man with no political experience and seemingly no interest in the tedium and minutia of politics, would want to become President of the United States. Maybe Donald Trump had no idea what the job of President actually entailed, or he just became drunk on the attention and the adoration of the crowds, or maybe he just never thought he would ever win. Maybe it’s all of the above.

What evidence do I have? I’m glad you asked.

On a Swedish TV show, British actress Emma Thompson revealed that Donald Trump phoned directly into her trailer while she was in Los Angeles filming a movie.

As Thompson relayed the story: “I lift up the phone. ‘Hi, it’s Donald Trump here.’ I said, ‘Really? Can I help you?’ and he said, ‘Yeah, I just you know, I wondered if I could offer you some accommodation in one of my Trump Towers. They’re really comfortable.’”

But Donald Trump did not call the star of Sense and Sensibility and Love Actually just to offer her a hotel stay. ““Well, you know, I think we would get on very well,” Trump said, according to Thompson. “Maybe we could have dinner sometime.”

Yes, Donald Trump asked out Emma Thompson (she politely refused). But the most important detail of the story? The movie Thompson was shooting at the time: Primary Colors, with John Travolta. Primary Colors, the 1998 film based on a roman à clef about Bill Clinton’s first presidential run. And who did Emma Thompson play?

Sure, Donald Trump was still married to his second wife Marla Maples at the time (the two were together from 1993 to 1999; Primary Colors, which was released in March 1998, most likely filmed in 1997)  but how could Trump resist? Hillary Clinton was First Lady at the time; Emma Thompson in a Clinton-like character was the closest he would able to come to his one true love.

Suddenly it all makes sense: stalking her around the stage at the third presidential debates, the childish insults like an elementary school boy with a crush, the fact that he still can’t stop talking about her, even four months after the election—our president has a bad case of the mentions! It’s just like when you have a crush on someone new and you spin every conversation into a chance to talk about them, except you’re also undermining our democracy with entrenched partisanship. Looking back, Trump’s entire primary run was probably all just an elaborate attempt to neg her.

But there’s another piece of evidence: Donald Trump’s Twitter fixation with Kristin Stewart. In 2012, the future President of the United States tweeted about the 26-year old star of the Twilight franchise and her ex-boyfriend Robert Pattinson nearly a dozen times, after she was caught in tabloid photos cheating on him.

Robert Pattinson should not take back Kristen Stewart. She cheated on him like a dog & will do it again–just watch. He can do much better!

Everyone knows I am right that Robert Pattinson should dump Kristen Stewart. In a couple of years, he will thank me. Be smart, Robert.

Robert I'm getting a lot of heat for saying you should dump Kristen- but I'm right. If you saw the Miss Universe girls you would reconsider.

Donald Trump had a vested, emotional interest in Robert Pattinson leaving Stewart (the two were still together at the time), pleading with him that he could do better, that she would cheat again, that the relationship could never be fixed. It’s almost as though there were another famous power couple, a couple who suffered through a massive cheating scandal and didn’t break up when Donald wished they would.

Donald Trump could not publicly plead with Hillary Clinton to leave her husband, and so he pleaded with Robert Pattinson instead.

“Hillary Clinton, I think is a terrific woman,” Donald Trump said in an interview with Greta Van Susteren, in 2012, the same year as the Stewart/Pattinson fixation.

Men do crazy things for love. Menelaus led his entire kingdom into war to bring back Helen of Troy. Henry VIII forced England to leave the Catholic Church. And Donald Trump? Well, Donald Trump would accidentally rise to the highest office in the land, a role for which he’s completely unqualified, and allow America crumble—just to get that someone special to notice him. 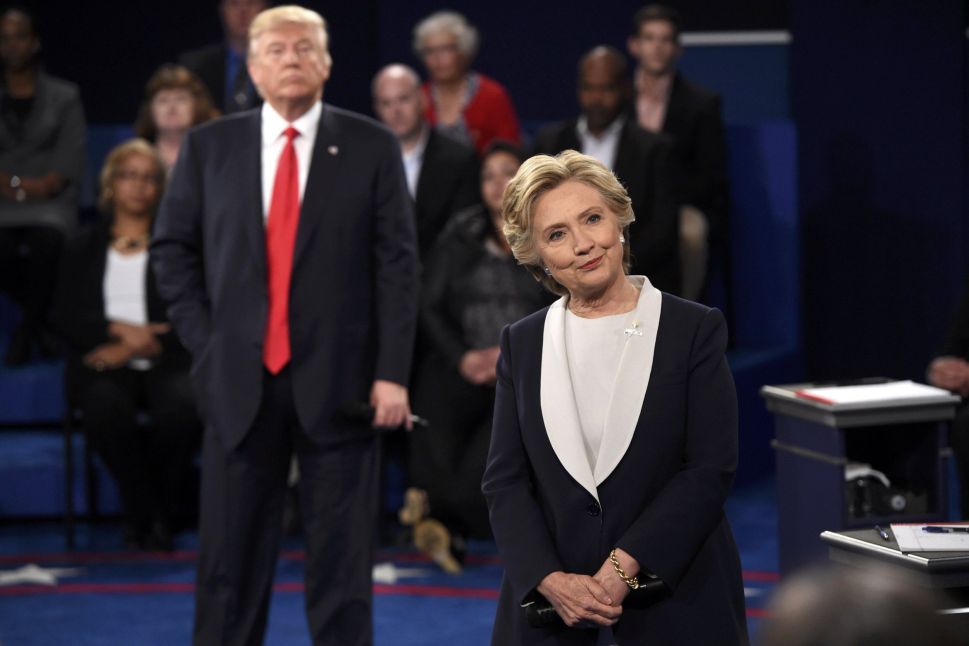