You and that friend from college aren’t the only ones celebrating a Facebook friendship anniversary today. It seems that Donald Trump and Vladimir Putin are as well.

Someone made a Facebook friendship anniversary video for the duo. It’s parody, of course, but after yesterday’s news that Attorney General Jeff Sessions as well as others close to Trump were in contact with Russia during the campaign, it’s that kind of real, dark coping mechanism-type humor we all need right now.

“A few months ago today, you rigged the election together,” the screen reads after the friendship vinyl starts playing on the turntable.

The video also goes into the standard “from then until now” and “you seem to like each other a lot” montages.

On Facebook, the video, which was created by Nix Brothers, has been shared and viewed 91,000 and 4.3 million times respectively. Check it out: 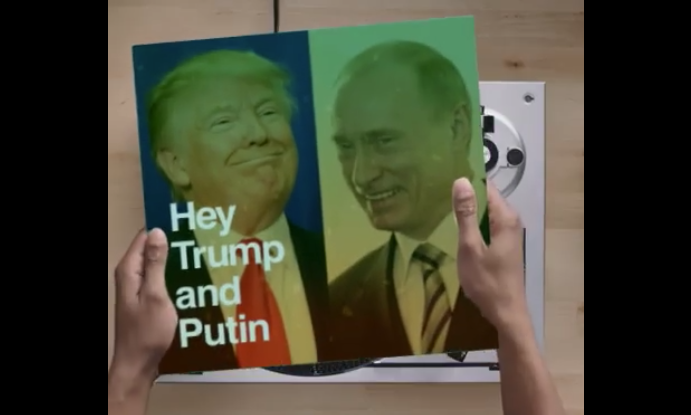