AUSTIN—While no evidence has been found that the Obama administration specifically targeted Donald Trump at the end of his campaign, as the president alleged in a recent string of tweets, the very essence of his March 4 accusation might not be entirely unfounded.

Yesterday on the first day of South by Southwest’s interactive programming in the Austin Convention Center, Sean Vitka, an attorney for Demand Progress and Fight for the Future, explained how his assertion might make some sense during a Friday panel on how the Fourth Amendment applies to personal data.

Section 702 of the Foreign Intelligence Surveillance Act of 1978 allows for surveillance of American citizens’ international communications. “Section 702 collects on so many people it’s hard to imagine that President Trump is not reflected in those databases,” Vitka said.

So, as Vitka contended, if the president’s tweets were boiled down simply to this question: were any of his communications collected by the national surveillance apparatus prior to his taking over the White House? The answer is very likely yes. If the president simply asked the people who now work for him at the NSA whether or not it had any records of who he has been talking to, it would not be surprising if they found something.

The Trump organization, as has been widely reported, has numerous interests overseas. If the pesident had been in communications with foreign business partners, those communications might well have been collected under Section 702. That doesn’t mean anyone specifically ordered watching the Trump team, and that doesn’t mean a human ever reviewed those records.

“I think it’s really important to understand the sheer scale of this surveillance authority,” Neema Singh Guliani, an attorney with the ACLU, said during the panel. She suggested three key points that Congress should consider in scaling back Section 702 powers:

Though Section 702 is scheduled to expire at the end of this year, Congress probably won’t move in the direction Guliani prescribes if members don’t hear more from voters. “We need to have a lot more people who see the Fourth Amendment not as this abstract idea of privacy,” Guliani said, “but as something that really affects people’s lives.” 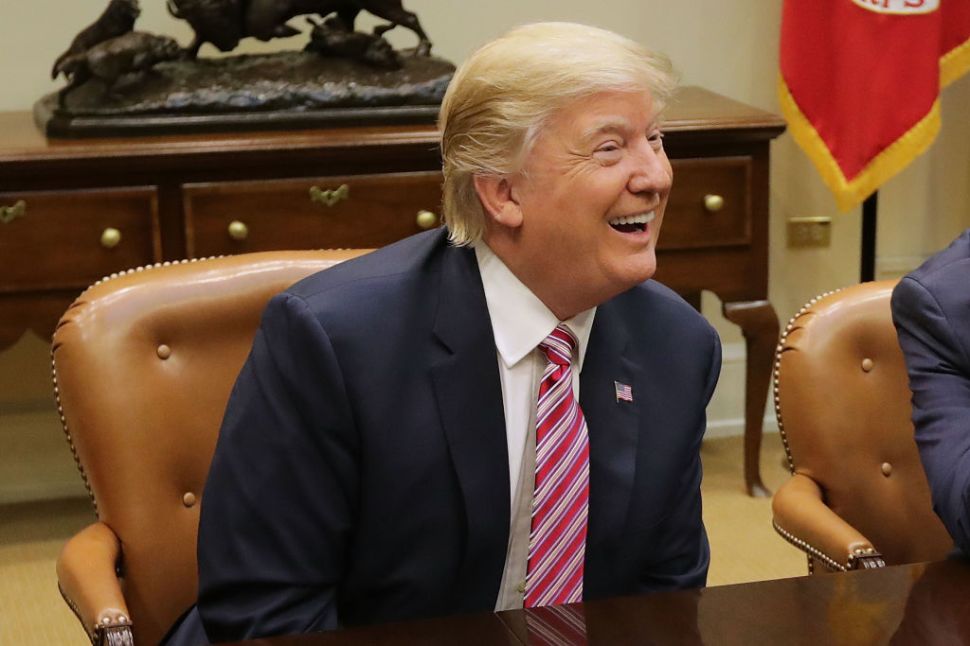