Vice-President Mike Pence does this quirky body-language thing that might say more than he wants to tell.

He shakes his head back and forth in the non-verbal expression for “no” and he does it in a way that contradicts what he is saying.

Pence dodged the question and pivoted to the Congressional intelligence committees that have been asked by the administration to investigate Trump’s delusional charges.

The best 15 minutes of the Fox broadcast day often come in the second half of Special Report, when the pundit panel sometimes offers blunt reality.

Consider Thursday night, when Charles Lane of The Washington Post and Charles Krauthammer of the same newspaper evaluated the effort of Trump and the Republicans to attack and destroy the health insurance system by abolishing Obamacare and replacing it lesser versions called “Trumpcare” or “Obamacare Lite.”

LANE:  “The Republicans are now in the business of taking something away. When was the last time the federal government abolished any program, let alone a program this big? It’s highly risky politically . . . The Democrats are just waiting for the first person to lose his Medicaid. Blame it on Paul Ryan. And I think that’s what they (the Republicans) are afraid of.”

Later, co-panelist Laura Ingraham seemed worried about Trump’s decision to escalate U.S. involvement in the Syrian civil war by sending in the Marines.

When Chris Matthews of MSNBC bites into an idea on Hardball, he’s like a terrier that won’t let go of your pants cuff.

Matthews got annoyed Thursday when Trump—shown briefly on camera during a photo op—refused to answer a question about Julian Assange of WikiLeaks and how he dumped CIA secrets onto the Internet this week.

Assange denies his material comes from Russian hackers. Matthews, and others, blame the Russians.

In the photo op, Trump refused to answer the question about WikiLeaks, an organization he praised during the campaign when Russia hacked to hurt Trump’s opponent, Hillary Clinton. In addition, Trump has often attacked the American intelligence community, comparing them once to Nazis.

All Trump offered in response Thursday was a big, tight smile that irked the host, who kept returning to it throughout the show.

“That weird smile,” Matthews said. “What’s the smile mean? Who is he, the Mona Lisa? What a kind of a weird smile. I mean, it’s so cute . . . He’s smiling at the fact that WikiLeaks is going whole hog against the CIA. What’s that smile about? . . . Which side is he on? Is he on the side of Assange and the Russians or our own government? Trump seems to be smiling past the graveyard . . . The smile of a Cheshire cat . . . That smile of Trump’s tells you the answer. He’s dancin’ with the one that brung him and he doesn’t mind a lick that we know it.”

Fox presents on weekdays at noon a show called Outnumbered. The casts consists of four women sitting on sofas around just one man who is, therefore, “outnumbered.”

On Morning Joe on MSNBC Wednesday, hosts Joe Scarborough and Mika Brzezinski reacted to criticism from that Fox show that Brzezinski reacts with too much angry emotion to President Trump.

Both Scarborough and Brzezinski implied that criticism of her emotions was sexist.

“When Joe amps up and speaks to camera, and is really, really forceful, he’s strong,” Brzezinski said. “I’m emotional.”

“I don’t get it,” Brzezinski said. She referred to Outnumbered as a show on which “These people with long legs and short skirts talk about how people feel about the news.”

His attitude came through Wednesday when he interviewed Univision anchor Jorge Ramos, a Mexican-born American journalist who Trump once ordered to “Go back to Univision.”

“You’re whiter than I am,” Carlson said to Ramos. “You’ve got blue eyes. So, I mean, I don’t know exactly what you mean by white or Latino.”

Feigning ignorance of the term “Latino,” Carlson demanded that Ramos explain how it included Guatemalans of German descent, Argentinians of Italian descent, Cubans of African descent and, speaking specifically to Ramos, “blue-eyed, rich Mexicans like you.”

Carlson added that white Americans have every right to be worried by immigrants who speak a different language and don’t look like them and work for lesser wages. Then he scolded Ramos for finding fault with bigots.

“You’re name-calling,” Carlson said. “You come to this country, make a ton of money, and you yell at people who say ‘Well, wait a second, you know, this is having an effect on my kid’s school, on my culture, on the economy.’ And your point is you’re not allowed to have that opinion.”

“Actually, that is not true,” Ramos said, keeping his cool.

He said even illegal immigrants help the economy and the country.

“It’s having an impact,” Ramos said, “but it’s having a positive impact.”

When Carlson countered that 15 percent of federal prison inmates were Mexican citizens, Ramos said “You, like Donald Trump, are also criminalizing the immigrant population.”

Carlson, in changing topics, said under his breath, “You don’t have command of these numbers, so it’s pointless.” Then he took one more shot.

“Will you just acknowledge the truth, and, obviously, you’re a very rich person,” Carlson said. “It doesn’t actually help an American citizen, born here, making 40 grand a year, to have a bunch of people willing to work for 25 grand a year, move into his town. Will you concede that?”

On the split screen, Carlson interrupted with a high-pitched giggle.

“You can laugh if you want,” Ramos said. “But that’s not the truth.”

CAN YOUR TELESCREEN WATCH YOU?

One of the CIA secrets dumped by WikiLeaks this week is the revelation that your television set can spy on you.

This is all we need, just as Trump’s election has boosted the sales of the classic novel 1984 by George Orwell.

The future fiction book, first published in 1949, envisioned an authoritarian society in the year 1984 when “telescreens” would broadcast shows and also help the Thought Police spy on citizens.

“He had set his features into the expression of quiet optimism which it was advisable to wear when facing the telescreen,” Orwell wrote. “By sitting in the alcove, and keeping way back, Winston was able to remain outside the range of the telescreen, so far as sight went. He could be heard, of course.”

Meanwhile, the Ministry of Truth constantly rewrites history with what we in 2017 might call “fake news” and “alternative facts.”

“The process of continuous alteration applied not only to newspapers, but to books, periodicals, pamphlets, posters, leaflets, films, sound tracks, cartoons, photographs,” Orwell wrote. “Nor was any item of news, or any expression of opinion, which conflicted with the needs of the moment, ever allowed to remain on record.” 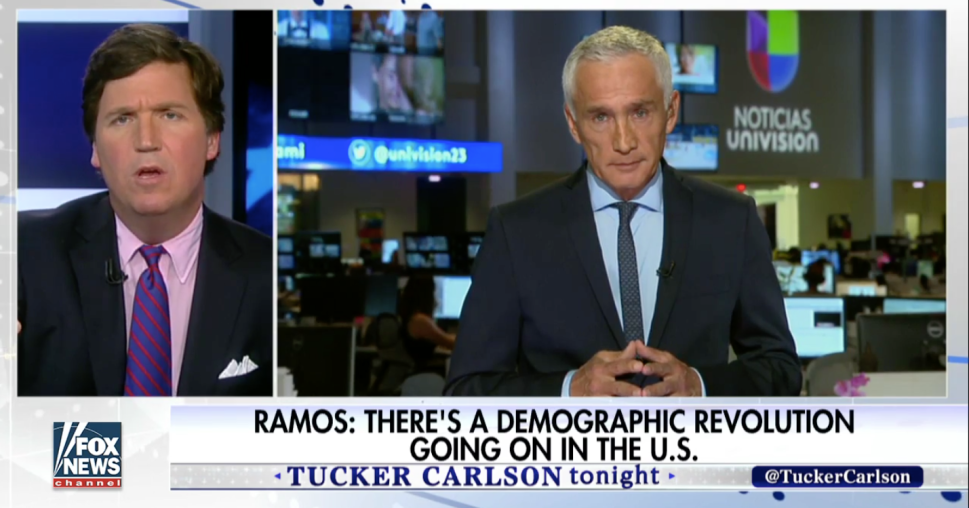