The conservative Twitter account /pol/ News Network got more than it bargained for yesterday when it posted this photo of a drag queen and a Muslim woman in a hijab sitting together on the New York City subway:

This is the future that liberals want. pic.twitter.com/QwterpqQbH

Many of the “liberals” the site was making fun of have shared the photo over the last 24 hours, declaring that they indeed want to live in a world where people can peacefully coexist (and have plenty of legroom while riding the train):

I can't stop thinking about this. Yes, liberals want a future where anyone can ride the train without being fucking harassed, you dick. https://t.co/1UjHQu0PVu

I unequivocally want a future where I have this kind of luxurious, spacious seating arrangement on the subway https://t.co/8fB17VNlRi

A good reminder why New York City is an amazing place to live. https://t.co/XKYBQi85Xw

It just looks like the present to me. The normal, tolerant, multi-everything present. The one we all want to protect. https://t.co/X4f4yr1347

This is the present. The future is this, but without someone taking your damn photo the whole time. https://t.co/mRZQS72lfs

I love everything about this image. https://t.co/bdAxx3IDRz

Imagine getting your panties in a bunch over people literally just sitting there existing https://t.co/rNI4QVDfoy

two people from different walks of life minding their own business on a daily commute to wherever they have to go? horrifying. https://t.co/bXlTcv8eIq 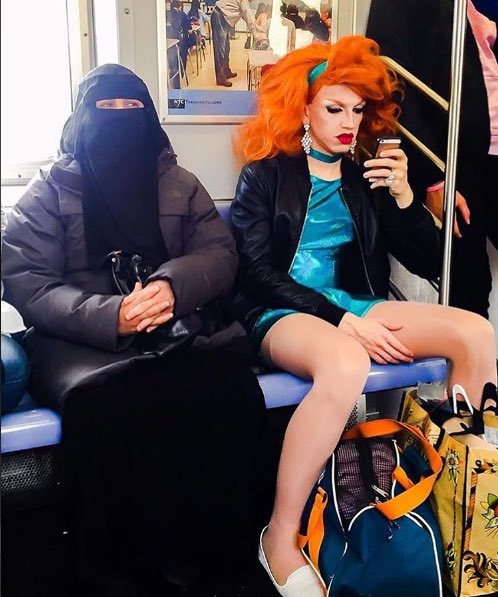