When asked recently if Muslims could refuse to do business with Christians, a group of college students didn’t hesitate to say yes. But when asked if Christians likewise have a right to decline work conflicting with their religious beliefs, well, their tune changed a tad.

The scene was the University of Wisconsin-Madison (UW) campus, where a reporter from the Arizona-based nonprofit Alliance Defending Freedom (ADF) interviewed students on freedom of association. He began by asking them if fashion designer Sophie Theallet was right in her decision not to dress Melania Trump.

They were unanimous in answering affirmatively, with one stating, “You should be able to control your business in that regard, yeah.”

Articulating the implied principle, the interviewer followed up with another student, asking, “So you have the right to opt out of business that you may not want to associate yourself with?” The undergraduate agreed.

Moving on, the reporter asked if a Muslim singer had a right to refuse to sing at a church’s Easter service. Again, the students sided with conscience rights, with one young man opining, “Yeah, if that goes against your religious views, I feel like you have a right to turn that down.”

The interviewer then stated there was an ordinance in Madison that would allow you to be sued for declining such business. Some students were more shocked than others, but all agreed the law was unjust.

Yet when the reporter subsequently asked if a Christian photographer had a right to refuse to service a same-sex “wedding,” the students apparently “felt” differently. There was much hemming and hawing, followed by politician-like equivocation. One undergraduate said it was a “sticky situation” while another, though also noncommittal, remarked that if you were “steadfast in your religion, saying ‘No, this is wrong,’” you were a “jerk.”

While the UW students don’t constitute a scientific sample, evidence indicates that the double standard in question is common. The last decade has seen numerous Christian business owners punished—often to the point of financial ruin and career destruction—for refusing to service same-sex weddings. Even now the ADF is defending Washington florist Barronelle Stutzman, who, after declining to be party to such an event, faces a court judgment that could cost her hundreds of thousands of dollars.

In contrast, when Muslim bakers in Dearborn, Michigan, were caught on hidden camera refusing to service same-sex weddings, only crickets were heard. The mainstream media was wholly uninterested, and there were no consequences.

Clearly, the UW students do represent many today in that they were operating not based on principle, but prejudice. As the ADF put it:

“Don’t like President Trump? It’s fine to tell people you won’t write a speech supporting him. Muslim singer? No one should force you to perform at an Easter service under threat of government punishment. But for a Christian creative professional, photographer, writer, or artist, it seems they must live by a different standard.”

This prejudice is so intense, in fact, it has inspired the breaking of new ground in American government tyranny. Consider: In an effort to make it appear that these Christian business owners are themselves guilty of double standards, many will point out (as CNN reporter Gary Tuchman did in 2015) that they will serve adulterers. Yet this isn’t analogous.

After all, Barronelle Stutzman and the other targeted Christians have always served homosexuals. None of them erected a sign stating, “No shoes, no shirt, no heterosexuality, no service”—there’s no straightness test at the door. So the real question is: Would these Christians be party to an affair celebrating adultery? For this is not about serving people.

This places the matter in perspective. When before in American history did we ever tolerate the government compelling business owners to service events they found morally objectionable? Is this really a bridge we want to cross?

Yet none of this is surprising in a relativistic age where, disconnected from Truth, the guiding principle becomes “If it feels good, do it.” For prejudice is the daughter of passion. And today’s prevailing passions dictate that discrimination can seem more or less offensive—and sometimes justifiable—depending on who is doing the discriminating. 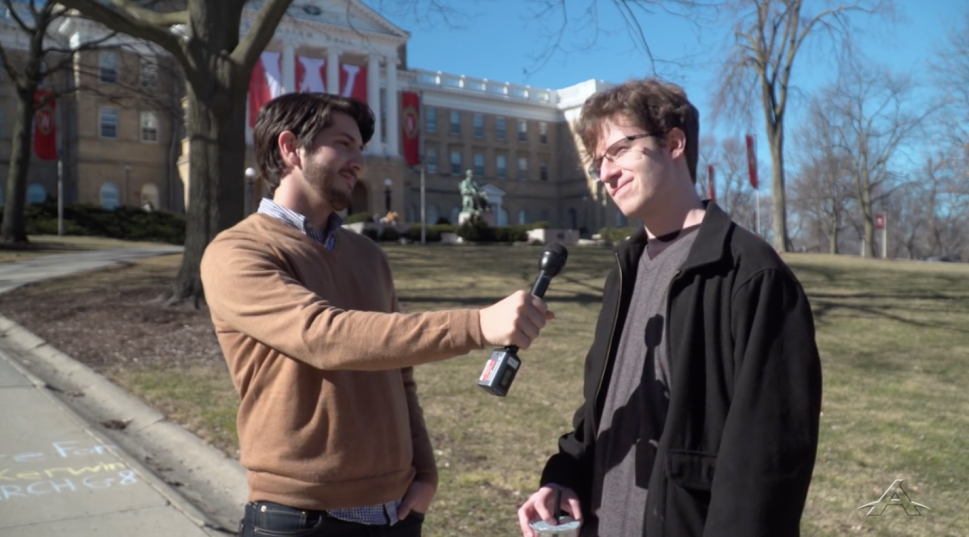