No matter how well-intentioned our parents were, the ’60s was an era of social upheaval when kids were bombarded daily with the unexpected and unimaginable.

For instance, the time my pal David and I discovered “a secret room” in his house, above the garage, that resembled a chintzy dungeon you might see on Star Trek. It felt weird in there. There were chains attached to the wall and masks, whips and other stuff lying around. Then one day, driving into town with my mom, the Stones’ “Mother’s Little Helper” came on the radio.

“Hey mom,” I said. “When somebody gets an overdose, does that mean they die?”

She immediately swerved the car to the side of the road. “Did somebody offer you drugs?” she demanded, pointing her finger in my face. “DON’T YOU EVER TAKE DRUGS! DO YOU HEAR ME? NEVER!”

Regaining her composure she calmly asked, “Where did you hear such a thing, honey?”

“Take it easy, mom!” I said. “It’s just some words to a song they were playing on the radio.”

Suddenly, with the arrival of The Velvet Underground & Nico on March 12, 1967, the Stones, who’d sung about nervous breakdowns and stupid girls, didn’t seem so bad.

I was first turned on to the Velvets by my friend’s older brother who was back from college on Spring Break at the time. Clad in a khaki shirt, work boots and scruffy beard, he was one radical dude, a founding member of the SDS (Students for Democratic Society) whose nicotine-stained fingers seemed to reflexively roll into a fist which he’d thrust into the air every few minutes and shout something about “the people.”

“What are you listening to that bourgeois crap for?” he demanded, as the Stones’ Aftermath blared from my pal Rick’s speakers. I was only 13 at the time and not quite sure I knew what “bourgeois” meant. And the only person I’d previously heard call the Stones or any of the other bands I loved “crap” was my father, a Salem-smoking, Buick-driving, Republican-voting member of “The Establishment.”

As cool as Rick’s brother was, his remarks disturbed me.

“Rich rock stars are nothing but hypocritical pigs, man. The revolution’s coming soon and these guys really tell it like it is!” he said, dropping the needle on The Velvet Underground & Nico.

“Sunday Morning” seemed a bit sleepy, but the charging rhythm of “Waiting For My Man” built until reaching a fever pitch, threatening to derail at any moment like a train carrying a payload of nitroglycerin.

“Hey white boy, what ya doin’ uptown?” Reed goaded like a mugger waving a knife in your face as the Velvets’ edgy, agitated rhythms, courtesy of Moe (Maureen) Tucker, lunged and lurched as Reed recited his grim tale of the inner city.

Tucker’s unorthodox approach seemed to openly disdain the typical 4/4 drumming style of the day. Instead of relying on the snare and high-hat, she pounded the toms with a fury that made guys like Ringo and Charlie Watts sound predictable.

The Velvets’ music stood in stark contrast to everything of its day. They were the antithesis of peace, free love and flower power. Like the Cat-In-The Hat they’d shown up to turn your house upside down, raid your medicine chest to chug the Robitussin and crash your pajama party with a black leather whip and peekaboo panties.

Despite Lou Reed’s genius for simple melodies, The Velvet Underground & Nico was initially ignored when it was first released. Although the Velvet Underground had a well-earned reputation for luring us down the creepier back alleys of the human psyche, they were just as capable of fashioning soul-soothing ballads as well, as the album’s opening track, “Sunday Morning,” proved.

Neither Nico nor Lou Reed could be accused of being “good” singers in any traditional sense. Nico’s listless monotone (due to the fact that she was partially deaf) perfectly suited the album’s murky ballads “Femme Fatale” and “I’ll Be Your Mirror,” while “Venus in Furs” found Reed reciting a sadomasochistic meditation in staccato Brooklynese over a mesmerizing viola drone that is one part harem dance/one part funeral march.

Despite his image of cool detachment and street smarts, Reed was a well-read acolyte of poet Delmore Schwartz, who he’d studied with at Syracuse University.

One thing you’ve got to say in favor of many baby-boomer rockers is that they read a lot and often referenced great writers and poets. You could learn about William Blake, Lewis Carroll, and Allen Ginsberg in songs by Bob Dylan and Leonard Cohen, John Lennon, Mick Jagger, Jim and Van Morrison, the Fugs, Patti Smith and Kurt Cobain, while Brit Glam and proto-metal rockers Marc Bolan of T, Rex and Robert Plant of Led Zeppelin regularly mined Celtic mythology, druid lore and J.R. R. Tolkien for their song lyrics.

David Bowie (who was soon to transform himself and his band into Ziggy Stardust and the Spiders from Mars) was inspired by Arthur C. Clarke’s Sci-Fi classic (and Stanley Kubrick’s subsequent film) 2001: A Space Odyssey to write his breakthrough mini-opera “A Space Oddity.” Once upon a time, it was actually cool to be smart. Obsessed with Edgar Allen Poe, Reed later re-wrote and recorded his own version of The Raven in 2003.

The Velvets’ debut, or the “Banana Record” as it became known, thanks to its iconic album cover design by Andy Warhol, also credited the Pop Art superstar as the band’s “producer.” With his name prominently scrawled across the record jacket, many people thought—and justifiably—that the album featured the music and perhaps the voice of Andy Warhol.

By 1967, nothing Warhol did could surprise the public any more. He was not only a legend for his garishly colored silk-screened prints of Marilyn Monroe, Jackie Kennedy, and the Campbell’s Tomato Soup can, but he also produced a series of experimental and often unwatchable films that starred New York’s most outrageous junkies and transvestites, the oddball cast of characters that peopled the hung-over march of “All Tomorrow’s Parties.”

In complete defiance of everything “decent and moral” that white middle-class America society stood for, the Velvet Underground dragged the urban drug scene into the safe, secluded American suburbs with the noise-drenched jams of “Heroin.”

Reed repeatedly told the press that he was not glorifying or advocating intravenous drug use, but was presenting it objectively without passing any moral judgment. He claimed that he personally delved into an underworld of darkness and depravity in order to exorcize his own demons and perhaps in doing so he might save someone else from the sort of torture he’d experienced. But of course it was all so terribly cool and romantic to us young, impressionable kids.

Perhaps the album’s most “normal” track, “Run Run Run,” a John Lee Hooker-inspired white boy boogie with Dylan-like surrealist lyrics, features a jittery, skittery guitar solo that resembles a Turkish saz, which reduces the song to nothing but sparks and splinters. The Velvets simply didn’t play their instruments like other bands. And no one else could play like the Velvets.

Whether punching out a frustrated raga with a Byrd’s-inspired 12-string guitar on “All Tomorrow’s Parties” or John Cale violently hitting his viola in “Heroin,” their raw aesthetic set the bar for a generation of punks to express themselves as ferociously as possible. The album’s closing track, “European Son,” forges a shattered soundscape of energy and bedlam through harsh feedback, jagged rhythms and relentless pounding drums.

Tension between band members has always had a way of simultaneously stirring and shattering the creative pot. But perhaps their internal squabbles were one of the few ways in which the Velvets were predictable.

Reed and Cale came from wildly diverse backgrounds. They got on like “chalk and cheese,” as they say in the U.K. The music (frequently co-written but most-often credited to Reed) alternated between the band’s careening elegies and the soothing Quaalude lullabies of the Teutonic zombie lady Nico—the model/actress/singer known to her mother as Christa Päffgen—who was introduced to the line-up at the last minute by Warhol to give this dreary bunch a bit of glamor.

Like the mismatched Michelle Phillips and Cass Elliott of the Mamas and the Papas, the women of the V.U. were also an odd pairing. In contrast to Nico, the tomboyish Moe Tucker offered an altogether different take on femininity in rock, blurring sexual identity years before the Glam boys donned eyeliner and platform shoes in the early ’70s. Unlike the Jefferson Airplane’s feisty siren Grace Slick, the doomed floozy Janis Joplin, and the cheerful chirping Petula Clark, she played an instrument in a manner by society’s standards that was hardly considered “ladylike.”

Guitarist Holmes Sterling Morrison Jr. was perhaps the band’s most enigmatic member. Committed to stretching the boundaries of Reed’s repetitive two-chord songs, Morrison often felt frustrated in his role as the “other guitarist and fill-in bassist” (a chore he disliked but nobly handled when Cale switched to viola or keys).

Morrison stood reluctantly in Reed’s shadow while doing his bidding, such as when Reed made him fire Cale from the group. Having co-written “European Son,” “Sister Ray,” and “Chelsea Girls,” Morrison’s bitterness lingered over the years for not being properly credited for his integral contribution to the Velvets’ music.

Whether you’ve heard the record a 1,000 times or just bought the T-shirt last week on your first visit to St. Mark’s Place, The Velvet Underground & Nico remains radical to this day, although perhaps not in the way my old pal Rick’s brother once believed. Either way, play it loud and be glad you’re still here to celebrate its 50th anniversary, no matter what your age. The history of rock ‘n’ roll wouldn’t be the same without it. 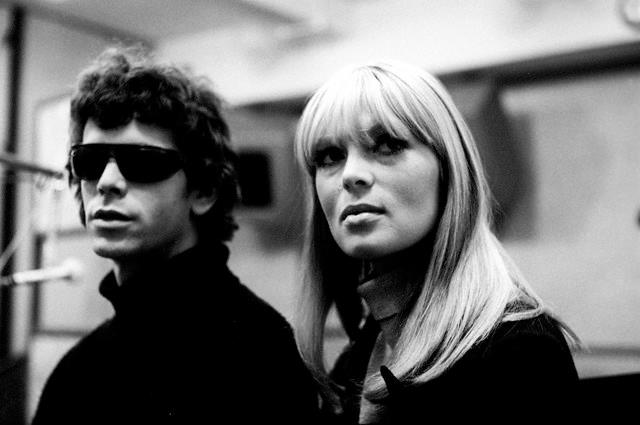