Shanghai dreams: Victoria’s Secret will be heading to Shanghai for the brand’s next fashion show, taking place at the end of 2017. Angels Josephine Skriver, Sui He, Ming Xi and Alessandra Ambrosio are currently on a whirlwind tour of the city, to support the opening of the lingerie brand’s first flagship in mainland China. via WWD.

Move over Net-a-Porter: LVMH is working on an e-commerce destination of their own, and it looks like it will be stocked to the brim with flashy designer labels of their own, and then some. Chief digital officer Ian Rogers, who was poached from Apple in 2015, is reportedly leading this digital shopping charge. via FT.

Fashion as art: Paris is finally getting its first permanent fashion museum, thanks to a little financial help from Chanel. The storied French label is donating 5.7 million euro toward the establishment of a year-round exhibit in The Palais Galleria, dedicated to all things style. via ELLE.

Fitting homage: There was a Givenchy-sized hole during Paris Fashion Week, as the brand decided not to host a runway show, in the wake of Riccardo Tisci’s departure. The brand did pay respect to the creative director, who departed after 12 years, by producing a collection that revisited his most iconic silhouettes, only offered in the striking hue of Givenchy red. via Dazed.

Amazon Plus: According to a job posting for a senior brand manager of plus-size fashion, it looks like Amazon is expanding into the plus-size fashion fray. While there are no details on whether this job applies to the launch of a new line or is just an expansion of the retailer’s existing plus clothing offering, it means they are investing more resources into this underserved category. via Racked. 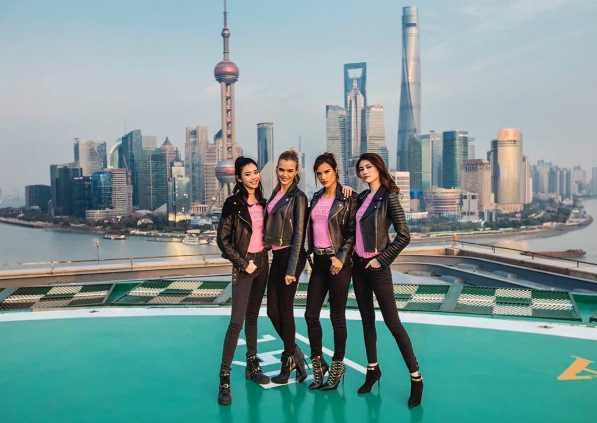