Henry Hill’s got nothing on Mike Kimelman. Well, maybe not quite nothing, since the infamous Lucchese mobster Hill’s life story did make one darned good Scorsese movie. But in his new book, Confessions of a Wall Street Insider: A Cautionary Tale of Rats, Feds, and Banksters, Kimelman spares few of the myriad entertaining details about his rise from lowly grunt associate at Sullivan & Cromwell, the prestigious white-shoe law firm, to successful proprietary trader to hedge fund manager at his own firm. All of this was, of course, before he was arrested by the FBI and tried and convicted of insider trading as part of the recently exiled United States Attorney Preet Bharara’s Sherman-like assault on Wall Street’s hedge fund community. Kimelman served 21 months of a 30-month federal prison sentence before being released in August 2013.

Despite living an outwardly “normal” life as a husband and father in Larchmont Village, New York, Kimelman found himself (and was sometimes found unconscious) in the company of supermodels, famous hip-hop moguls, soon-to-be-disgraced pharmaceutical industry CEO’s and big league ballplayers, all in the pursuit of the big-bucks hedge fund lifestyle that ultimately eluded him.

While numerous Wall Street-related books have been written in the wake of the financial crisis, few are as relatable for the reader as Kimelman’s fateful tale. Unfulfilled as a junior lawyer stuck on the relentless, grinding treadmill of a large corporate firm, Kimelman soon plunged into the alluring, feast-or-famine world of proprietary equity trading, where on a monthly basis traders can take home a king’s ransom but also be out on the street in a few weeks time if things don’t go well. Trading “prop” is an instant gratification, deal-with-the-devil type existence where you get to use someone else’s money but share profits, accept none of the losses, and receive a check at the end of the month—the size of which is directly tied to your trading results.

Initially, Kimelman’s instinctive but impulsive career change seemed spot on; he quickly demonstrated trading skills that earned him multiples of the junior associate lawyer salary he was pulling down at S&C. Like most successful prop traders though, Kimelman soon began to dream of running his own fund, where he could not only profit from his trades, but also own a piece of every transaction done by traders working for him, regardless of whether the trade was a winner or a loser.

However, it was this desire to evolve from prop trader to hedge fund manager, that ultimately sewed the seeds of Kimelman’s undoing. His efforts to network with other rising players in the hedge fund game resulted in crossing paths with the cartoonish Goffer brothers, Zvi and Emanuel (“Nu”), a pair of hard-drinking, swashbuckling Israeli-born traders from the streets of Brooklyn, with whom Kimelman would eventually go into business and ultimately be tried and convicted with for insider trading. Like Kimelman, Zvi Goffer, who was reportedly nicknamed “Octupussy” by federal investigators because of his alleged involvement in numerous illegal insider stock tip networks, had achieved success in prop trading environments, as well as at the now-infamously defunct Galleon hedge fund run by billionaire tech investor Raj Rajaratnam, who was convicted of a massive insider trading conspiracy in 2011 and is still serving out the remainder of an 11-year federal prison sentence.

To Kimelman, Zvi Goffer represented what appeared to be a good recipe for helping get a start-up hedge fund off the ground: He was a successful trader, outwardly confident, willing and able to deftly talk his way through the tricky moments of capital raising pitches. He complemented Kimelman’s conservative, lawyer’s mentality that would be needed in the kill-or-be-killed, shark-infested waters of hedge fundom. Nu Goffer, Zvi’s younger brother, was a successful prop trader in his own right but with a goofy, disarming nature that lacked the cocksure, my-way-or-the-highway bravado of his older brother Zvi. If nothing else, Kimelman found a pair of life-loving, trading-addicted drinking buddies who would be there with him at their favorite bar on a daily basis after the market closed to soak any trading wounds or thorny hedge fund launch obstacles in a stew of alcohol and greasy appetizers.

Having installed the Goffer brothers as cogs in his machine of mining for trade-able ideas and seed capital, Kimelman became intoxicated (both literally and figuratively) with the notion that the timing was right to get a new fund off the ground in the wake of 2008’s financial crisis. The scorched earth it left behind allowed for the recruiting of trading talent that had not typically been available to start-up funds. If he could pull it off, he would be on the fast track to hedge fund stardom and an eventual life-changing payday that would come from building and ultimately flipping a nimble, successful hedge fund to a much bigger mother ship, such as Steve Cohen’s SAC Capital.

Soon enough, the trio found backing for their new hedge fund, Incremental Capital, and off they went into business together. Unfortunately for Kimelman, Zvi Goffer allegedly bribed attorneys representing publicly traded companies in the midst of takeover deals to divulge material non-public information. He traded on the information and employed a “use and destroy” prepaid cell phone to try to hide his tracks. Goffer also allegedly passed the illegal tips to other traders, including Kimelman, who put on trades in on some of the same stocks.

The domino-effect fallout from the Feds’ soon-to-follow takedown of Rajaratnam’s Galleon Fund ensnared the three new partners—the Goffer brothers and Kimelman—in a spaghetti web of conspiracy participants turned informants, some of whom secretly wore wires while working at Incremental, although apparently nothing incriminating was collected from that part of the investigation.

It all led to the nightmarish, toddler-frightening sounds of the FBI pounding on the front door of Kimelman’s Larchmont home in the Fall of 2009 and him being led away in cuffs in front of his family and onlooking neighbors. That undesirable early morning wake-up call kick-started a doomed legal process that involved the three men being tried together as co-defendants in front of the same judge whose courtroom seemed to become a Justice Department annex for how frequently it had been the locale for U.S. Attorney Bharara’s insider trading indictment and conviction parade.  At the time, Bharara had his stable of insider trading prosecutors and investigators humming like a well-oiled machine—they even held a guilty verdict celebration at the Incremental trio’s favorite NYC watering hole, before eventually being knocked down several pegs by the Second Circuit Court of Appeals’ 2014 Newman decision overturning the high profile insider convictions of two multi-millionaire portfolio managers.

Those eventual tide-turning legal developments were no help to Kimelman at his trial three years earlier, or even in the years following, which saw other defendants either have their convictions overturned or charges dropped in the wake of the Newman ruling. Despite the lack of hard evidence against him, Kimelman would have needed a lead umbrella to successfully repel the heavy-duty guilt by association his trial dripped with, as the book confirms in its detailing of a chance, post-trial encounter at the grocery store between Kimelman’s now ex-wife and one of the 12 jurors who decided his fate. At the end of the day, like Henry Hill, Kimelman had gone into business with the wrong guys, and it ended up costing him a lot more than a stock trade.

After their convictions, Kimelman and both Goffers were eventually sent to the minimum security Lewisburg federal prison camp in Pennsylvania, which, despite being the more relaxed little sister to the neighboring maximum security federal penitentiary, boasts plenty of unpleasantness, the details of which Kimelman also willingly shares in his book. His generous sharing of these aspects of his story and countless more, regardless of how they make him look, make Confessions a sobering but interesting read, regardless of whether you’re a Wall Street vet, have never set foot in southern Manhattan, or have ever traded a share of stock. 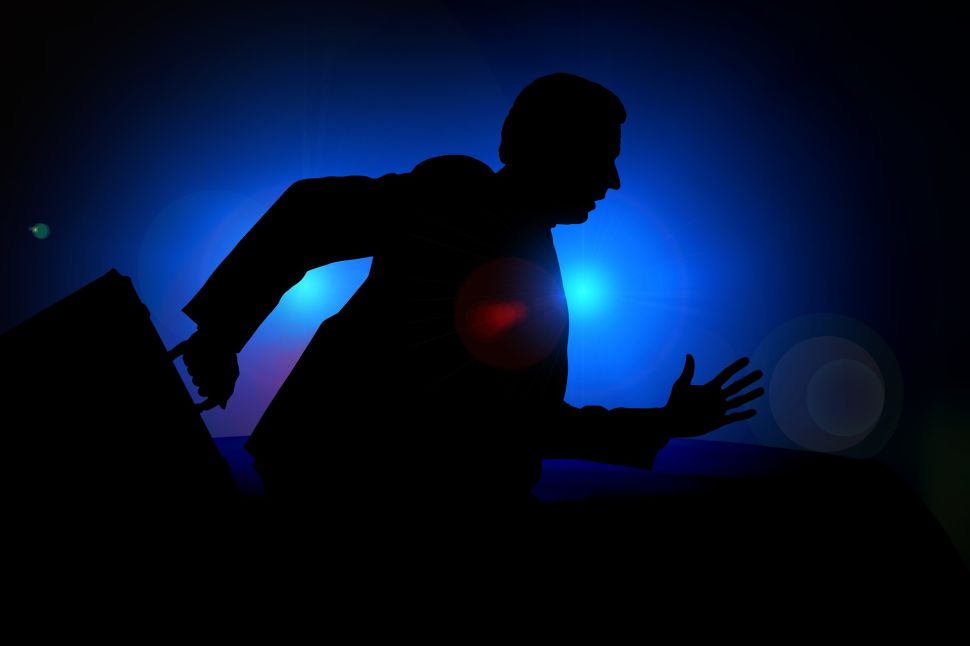