When 109 travelers entering the United States were detained by an executive order blocking citizens from seven Muslim majority countries, tens of thousands of Americans gathered all over the country to voice their anger. The policy had little to no direct effect on the protesters themselves.

Social psychologists refer to such displays of anger against a third party (such as a government) for perceived harm against someone as moral outrage.

Such moral outrage has taken on a new visibility thanks in part to social media platforms that allow people to effortlessly share their anger with the world. In an age of 24-hour news cycles, the issues can range from coffee cups to war atrocities.

As psychologists, we are particularly interested in understanding what research can tell us about the motives behind moral outrage.

Does outrage indicate concern for justice?

On the face of it, the willingness to express outrage could reflect an underlying concern with justice. Research has found that the more people are concerned with justice in general, the more moral outrage they express.

Furthermore, research shows bystanders’ level of moral outrage can predict their willingness to pursue justice for a victimized group such as supporting political action, engaging in protest or punishing a perpetrator.

From this perspective, outrage is driven by differing conceptions of what is just. For example, a recent Super Bowl ad featuring a Latino mother and young daughter making the long journey from Mexico to the United States – only to be confronted by a border wall – elicited very different responses of outrage. That’s because those who see the exclusion of immigrants as unjust and those who see maintaining a strict border as justified share a common desire to promote what they see as moral.

However, this does not explain why people sometimes engage in displays of outrage that, while highly visible, are unlikely to restore justice. For instance, it is unclear how injustice is rectified by tweeting one’s intention to boycott Hawaii after a federal judge from the state blocked the president’s revised travel ban.

Is outrage a signal to others?

From our perspective, such public displays of outrage make more sense if they are viewed as a means of communicating information about oneself. While announcing one’s desire to punish Hawaii by withholding business has no appreciable effect on the judicial process, it does communicate one’s political and social allegiances.

Researchers at Yale tested the idea that punishing a third party may signal one’s virtue to observers. They found that bystanders were often willing to sacrifice their own resources to punish another for unfair behavior. Such bystanders, who were viewed as more honest and trustworthy, profited in subsequent interactions.

Researchers also found that bystanders were less likely to punish people for their bad behavior if the bystanders could signal their virtuousness more easily, such as by helping someone.

However, a “virtue signaling perspective” of outrage does not explain outrage regularly seen on platforms such as Twitter, TheBluePill on Reddit or 4chan where people commonly use anonymous handles to express outrage without being personally identified.

Furthermore, this research does not consider the fact that bystanders often contribute to, or at least benefit from, “illegitimate” harm-doing: Consumers may be outraged over the fact that garments are produced by sweatshop or child labor, yet still continue to support offending companies. In such cases, outrage is partially an attack on one’s own hypocrisy.

Is it a reflection of guilt?

So why do people express outrage even when a standard of justice is self-implicating or when they have no audience?

Our work highlights a third motive that is based on people’s desire to view themselves as morally upright people. Threats to one’s moral self-image have been shown to elicit unpleasant feelings of guilt that can motivate efforts to restore a positive view of oneself. This is commonly expressed by issuing an apology or making amends.

We wondered whether expressing moral outrage may be driven by these concerns. We tested this by manipulating and measuring people’s feelings of culpability for harm. We then assessed their outrage and desire to punish a third party for similar behavior.

Here’s how we did that.

We found that those who thought about their own actions and how they caused harm expressed increased outrage and a greater desire to punish illegal immigrants.

More recently, we conducted a series of five studies with over 1,000 American adults. We explored the relationship between guilt and outrage over labor exploitation and destructive environmental practices in corporations.

In one study, participants read a fabricated news article that either blamed the harmful effects of climate change on their own consumer behavior or on Chinese consumers. Participants then rated their guilt over their environmental impact either before or after completing a separate questionnaire allowing them to express outrage at multinational oil companies’ environmentally destructive practices.

We found that those exposed to information attributing climate change to their own behavior felt more guilt unless they had the opportunity to first express outrage at oil companies. Furthermore, we found that those who felt greater guilt subsequently expressed more outrage.

But how do we know that outrage is motivated by a desire to feel morally worthy?

Specifically, half of the participants were asked to write something about themselves that made them feel like a “good and decent person.” We found that guiltier participants were more outraged about sweatshop labor unless they had the opportunity to write about their own personal moral goodness beforehand.

In other words, bolstering their moral self-image diminished the amount of outrage expressed by those who initially reported high levels of guilt.

More complicated than it seems

The point is that outrage is much more than an obvious response to injustice. Our view is that outrage is not “merely” a concern with justice, a way to appear virtuous to others, nor even a way to cope with personal guilt. Rather, it is a culmination of many factors that may all play a role.

Our research confirms that not all outrage is “virtue signaling.” Participants completed an anonymous online survey where answers could not be traced back to them. Even if participants wanted to “look good” despite that anonymity, mere “virtue signaling” would not explain why we found that outrage increased as a function of guilt, nor why we found that allowing people to feel personally moral dampened expressions of outrage.

Secondly, research suggests that not all outrage is merely self-serving. While our work supports this idea, other research shows that outrage does fuel activism and motivates groups to promote social change. In other words, there is evidence to suggest that outrage can have genuinely moral motives and goals or that it can be driven by personal insecurities or, more likely, some combination thereof.

Third, our research shows that outrage works essentially the same way across the political spectrum. We found that reminding people of their own harmful behavior evoked outrage for both token conservative (e.g., illegal immigration) and liberal issues (e.g., climate change and sweatshop labor). Moreover, guilt predicted outrage regardless of whether participants identified as being politically liberal or conservative.

Is outrage merely for show? Not so

In trying to understand what motivates outrage, we would argue that concerns about injustice, social appearance and personal guilt all play a modest role.

To the extent that we value respectful politics, we should acknowledge that an individual’s outrage may in part be about their own needs rather than about the issue per se.

Does that mean that outrage is illegitimate or merely for show? Absolutely not.

Instead, we see the evolving science on outrage as highlighting motives and functions that competing groups share. Recognizing this psychological common ground may help to defuse some of today’s more intractable social and political conflicts. 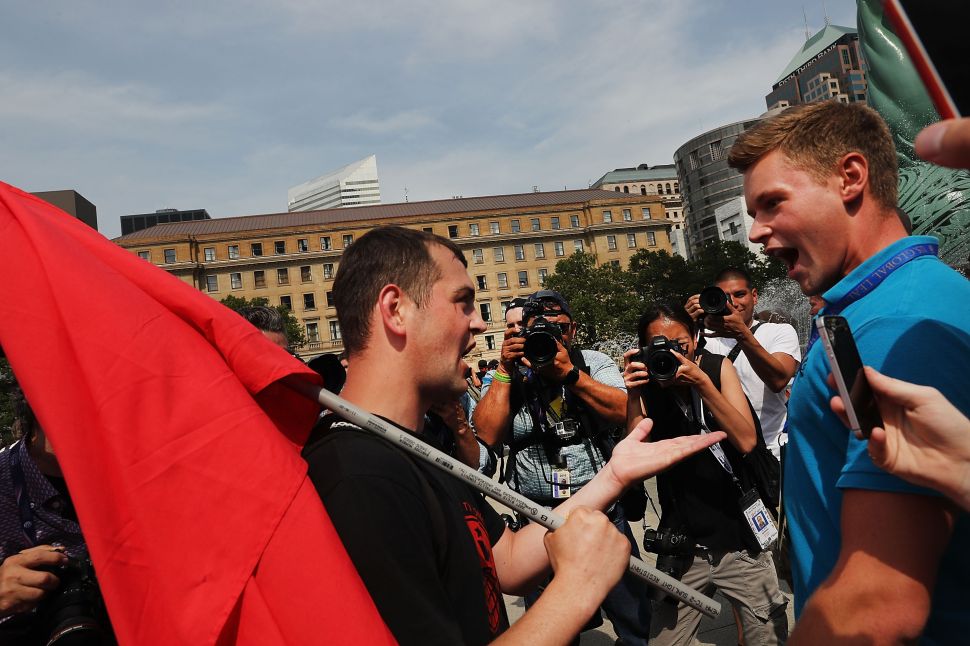