The unexpected results of the presidential election delivered good news and bad news for the gun industry.

In the months leading up to the November election, it seems gun owners clearly thought Hillary Clinton would win. As a result, they were driving up sales of firearms, a common occurrence when they believe there is an increased risk of anti-gun legislation.

But with the victory of Donald Trump, apparently gun owners’ minds were put as ease. As a result, firearm sales have dropped sharply.

In a recent 8-K, Sturm Ruger & Company Inc. included a transcript of its earnings call on February 23. Chris Killoy, Sturm’s president and CEO, said the year had been going great until November. Revenues for 2016 were $664.3 million, up from $551.1 million in 2015. Across the country, the number of background checks performed by the National Incident Criminal Background Check System, jumped 10 percent for 2016.

Killoy said in December, NICS checks dropped 17 percent from the previous year. In January, they dropped 24 percent. Overall, the last quarter was still decent because there had been a frenzy of gun buying just before the November election.

“As we discussed in our last call on November 2, just prior to the election, we observed many customers spending discretionary income on concealed carry products and modern sporting rifles in the weeks and months leading up to the election,” he said.

But drops in NICS checks were a sign that “consumer demand for certain firearms has softened since last year.”

That could be bad news for many gun retailers as well. Killoy said many of them also had been stocking up their inventories in anticipation of a Clinton victory. That will compound Sturm’s problems because there are so many unsold guns sitting around store shelves.

“We also observed retailers committing inventory dollars to certain product categories, such as modern sporting rifles, which likely would’ve been in stronger demand if the election had turned out differently, given their relative vulnerability to legislative actions,” Killoy said. “The combination of increased inventory in the channel and a likely decrease in consumer demand for the near term has made for a more challenging sell-through environment.”

Analysts on the call were pretty glum as well.

Bob Evans, an analyst at Pennington Capital Management, lamented the end of the Obama era.

“You’ve never had a better administration for the gun industry than Obama, and now never a worse one for the gun industry than Trump,” Evans said. “So for the new normal, the shrinking distribution, I guess how do you view that long-term in terms of—I don’t think—I think normal might be where we were before Obama started or somewhere in between, not where it was two quarters ago.”

The company had a bit rougher quarter because it runs from November through January. American said sales of firearms rose 1.2 percent for the quarter. But that was again almost entirely due to a flood of sales around the election. “A strong increase in shipments across nearly all product lines early in the fiscal quarter was almost entirely offset by decreased shipments for certain of our products later in the quarter,” the company said in its 10-Q.

Big 5 Sporting Goods Corporation, which sells hunting supplies, tried to soothe analyst’s concerns that it would take a hit on gun sales. During its recent analyst call for earnings, Steven Miller, Chairman, President and CEO, minimized the impact of the Trump effect.

“As we’ve said in the past the firearm and ammunition in the related business is significantly less than 10 percent of our sales,” Miller said. “We certainly like that going by the business some [sic] pick up in that business going into the election it certainly tapered following the election and then everybody combating the tragedies in December of last year. So I mean we saw some of that as well. But to our exposure to this business is way less than many I suspect others that you may speak to.”

Another gun retailer, Sportsman’s Warehouse Holdings, Inc., hasn’t reported earnings for the last quarter yet. But in its November 10-Q for the quarter ending in October, the company noted: “Within hunting and shooting, firearms and ammunition increased by 10.4 percent and 7.4 percent, respectively, during the 13 weeks ended October 29, 2016 compared to the corresponding period of fiscal year 2015. We experienced an increased demand for firearms and ammunition due in part to the public perception during this period that federal or state legislation might be enacted with the pending change in presidency that would potentially make it more difficult to purchase certain firearms and ammunition, as well as increased demand relating to the fall hunting season.”

Vista Outdoor is also concerned about a change in outlook for gun sales after seeing a 10 percent increase in sales for 2016. In its recent earnings call, Mark DeYoung, Chairman and Chief Executive Officer of the gun manufacturer, warned that its shooting segment could be in for challenging times.

“Part of these negative trends can be directly tied to the outcome of the 2016 Presidential election,” DeYoung said. “The Shooting Sports market softened significantly following the election, as consumer demand was reduced due to more severe regulatory environment for gun owners under the current administration. We are currently experiencing volatility in the ammunition market in terms of daily and weekly order flow, and weaker point-of-sale trends. This post election decline in demand for shooting sports product is continuing into our fourth quarter. And we believe will continue into our next fiscal year.”

Chris O’Brien is a journalist living in Toulouse, France where he writes about technology and startups. Prior to moving to France in 2014, he spent 15 years in Silicon Valley covering the region’s innovation economy for the San Jose Mercury News and the Los Angeles Times. This article originally appeared on Footnoted. 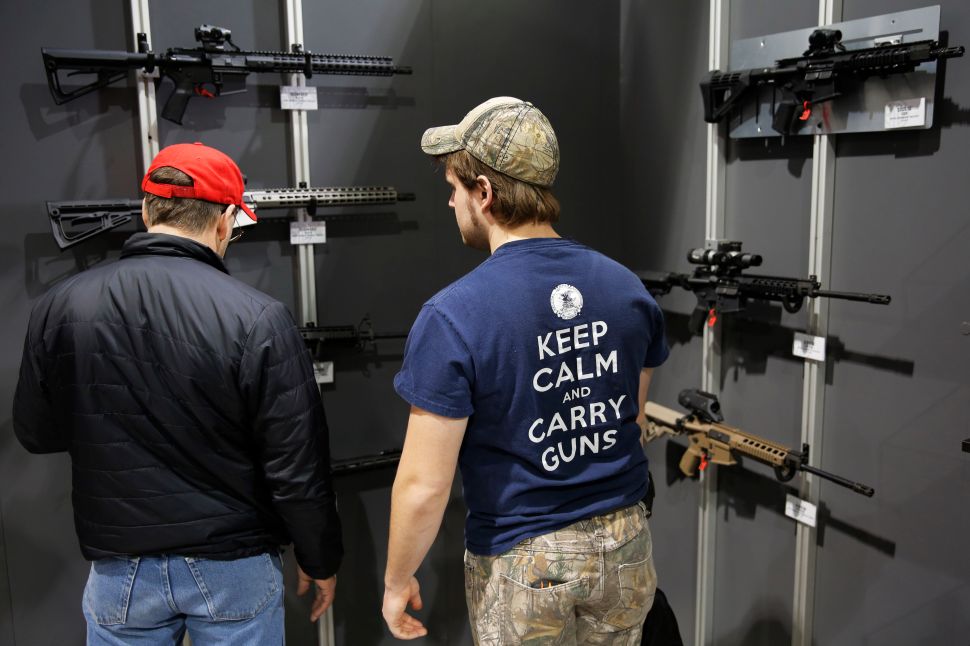