Andrea Rosen sounded distraught. “I’ve been up until 3 a.m. every morning talking to artists.” The talk probably made those artists at least equally distraught. Rosen was informing all these artists, around a dozen, that she would no longer be their dealer, that her focus was shifting to representing the estate of Felix Gonzalez-Torres. Dead men pay no rent, but the artists she was talking to did and, out of the blue, they found they had major decisions to make. Who is going to exhibit my work in New York? How do you approach a gallery? How much do I have in the bank? (How long can I go without another dealer?)

Artists switching from one dealer to another gets a fair amount of press, especially when it is a big name artist and the prospect of “poaching” (new dealer) or opportunism (artist) is involved, but gallery owners regularly pare down their roster of artists they represent for a variety of reasons, of which choosing a dead artist over live ones is but one more.

“I’ll tell the artist, ‘if we can’t sell your work, we’re not the right gallery to represent you,’” said Robert Fishko, owner of New York’s Forum Gallery.  Put a different way, another Manhattan dealer noted that “after two exhibitions, we may have to reevaluate the situation.”

A lot of potential problems. The artist’s work ethic or the ability to produce enough work for the gallery to have regular exhibitions may decline. The artist may become irascible or refuse to help promote sales and exhibitions. Andrea Teschke, a partner at Petzel Gallery in Chelsea, complained of “artists who assume that gallery staff is at their beck and call and who use budget lines irresponsibly,” while Seattle, Washington gallery owner Greg Kucera referred to a particular artist who was “calling me up and bitching at me every day.” He also mentioned an artist who developed “substance abuse issues that made me not want to work with him anymore.”

At New York’s Alexander and Bonin gallery, the problem may be that the artist was a good fit with the gallery at a certain point, “but then the artist makes major changes in his work that doesn’t suit our program or our collectors,” owner Theodore Bonin said. “A mutual parting of the ways,” he added. Like a no-fault divorce, but still a divorce.

Andrea Rosen notified all of her artists by email, just ahead of informing the media of the change in focus of her gallery, following up with telephone calls or face-to-face meetings. Michael St. John, a painter in Sheffield, Massachusetts who has been represented by Rosen for the past five years, had planned to be in Manhattan that week anyway, scheduling time to visit the gallery. He met with a gallery associate who “asked me what I needed, and I told her which other dealers might be appropriate” to represent his work. It is his hope that Andrea Rosen may help situate him elsewhere.

Not every dealer who severs the relationship with an artist is willing to contact other gallery owners on behalf of the artist. “If an artist asks me to contact a dealer on his behalf, I will,” Fishko said, “but I discourage them from asking me.” How do you give a rave review about someone you don’t want to work with anymore? Edward Winkleman, a former Manhattan gallery owner who, back in 2007, reduced the number of artists he represented, noted that he made calls to dealers on behalf of “several of the artists, although I don’t think it necessarily helped.”

Being dropped by a gallery may stain an artist’s reputation, at least briefly or until one is picked up by another gallery, to the degree that it raises questions: Was the artist somehow at fault (not producing enough work, not turning in the best work, producing artwork no one wanted to buy, making private sales behind the dealer’s back, not conducting him- or herself professionally, having an irritating personality) or else why would the dealer decide to let that person go? “You do have questions about why an artist was let go,” said Sique Spence, director of the Nancy Hoffman Gallery. “I might call the previous gallery to find out.”

Andrea Rosen’s recent dismissal of artists in her gallery was not her first experience of this. Back in 2006, Rosen let go of 10 artists, and she also offered to contact other dealers on behalf of these. “Dealers have called me about the artists I let go,” Andrea Rosen said at the time. “They wondered, what happened?” Rosen stated that she explained to dealers who had called up to ask about a given artist that “I found myself overextended. As time went on, I found myself further and further removed from the artists, the collectors and even from my staff.”

One of those artists, Ken Lum, a multi-media artist and, since 2012, a faculty member of the University of Pennsylvania School of Design in Philadelphia, said that it wasn’t a total surprise that he was one of those 10 artists 11 years ago. “I was producing enough work for her, but I was doing other things that took me away from being focused on my own career as an artist,” he said. “I was curating exhibits of artists from China, and that became such a focus of my attention that I couldn’t show at the gallery for three or four years.” He added that he “began having problems as an artist philosophically, not knowing how to maintain my ideals within the art system.”

Getting cut from the gallery didn’t help that problem, as he found himself needing to be the front man for the sale of his own work, “exactly the thing I disliked so much about the art world in the first place.” His work has been exhibited at various locations since 2006, but there hasn’t been another gallery that represents him. “I always got good critical attention,” he said, “but I never found the magic potion of making sales of artwork.”

How a dealer brings up the issue of severing the relationship with an artist is an art form in itself. Boston gallery owner Barbara Krakow said that when the relationship with an artist isn’t working, she will phone that person, saying “’Why don’t you come in, because there are some things we need to talk about in terms of the future.’” She would not want to treat it lightly. “It would be a shock when an artist comes in to say ‘hello’ and you say ‘bye.’” Manhattan galerist Renato Danese stated that the subject comes up in an email he will send to the artist, pointing out that he can be clearer and less emotional in an email than in a conversation, followed up by a telephone call and a face-to-face meeting. (At times, those meetings have resulted in tears “by both men and women.”) For his part, Maxwell Davidson said that all important discussions with artists, including the decision to stop working with the artists, take place face-to-face: “Other methods are all cowardly.”

Greg Kucera joked, “Oh, I just post the news on FaceBook. ‘Artist: you just got un-friended.’” In fact, he said, the news tends to arise in “a very civilized conversation” at the gallery, noting one instance in which an artist came in and “asked me when she is going to have another show. I said to her, ‘let’s sit down and talk.’” That particular artist was doing well but less from sales of sculptures in the gallery and more through public commissions. The gallery only earned a percentage from commissions in Washington State and most of her work was being sited out-of-state. “She didn’t really need me, and I prefer to work with artists who need me.”

For some artists who are being let go by Andrea Rosen, prospects are a bit brighter. Lizzie Fitch, a California artist who makes videos with her long-time collaborator Ryan Trecartin, stated that she works with two other galleries, although neither of these galleries is located in Manhattan. “It’s shocking. We hadn’t expected it, and we’re still just processing it.”

Michael St. John noted that he has changed galleries a number of times. “As they say, I’m not new to the rodeo,” although “I usually have been the one deciding to leave the gallery and not the other way around.” However, back in 1999, he was quite “freaked out” after gallery owner Amy Lipton decided to close her art space in order to pursue a career as an independent curator. At the time, he was in his mid-30s and “wondered ‘what am I going to do?’” Now in his mid-50s (“I don’t even want to know how old I am”), he said that he has “no clue” what will happen and his immediate plans are a month-long car trip around the country to see friends and family, but his experience assures him that something will open up. Anyway, “I could hold out for a year financially, easily.” 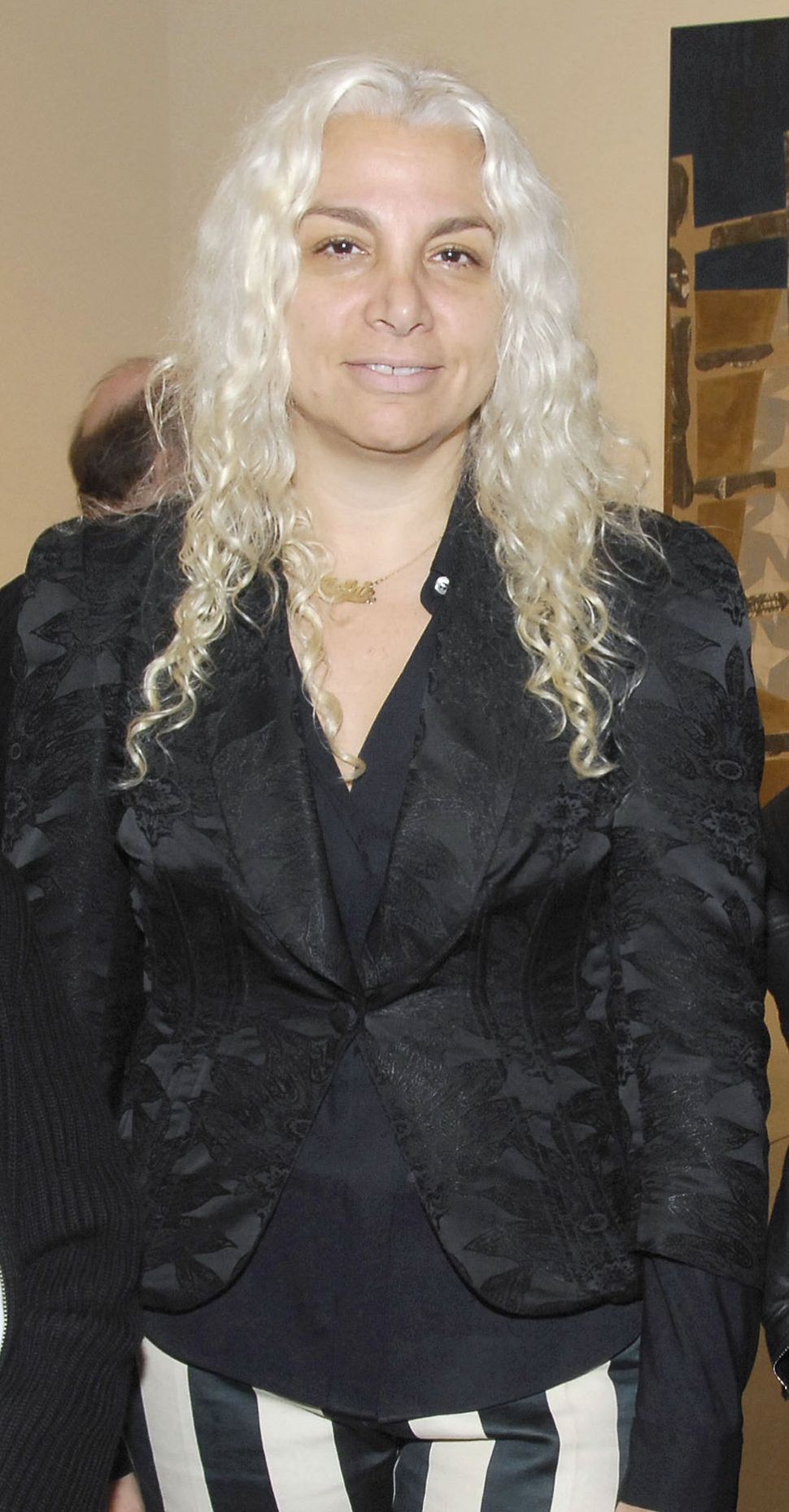