Differences appear to be humanity’s primary source of negativity, hostility, and paranoia. Race, gender, religion, politics, and sexual orientation are all at the crux of the world’s ongoing conflict.

As a practicing psychiatrist and neuroscientist, I can confidently conclude that differences make our brains cringe. Psychologically, we feel validated when the people around us mirror our personal preferences and appearances, and most of us feel threatened by the idea of “standing out” — as if the attention would be humiliating. We prefer to remain protected and inconspicuous in the world.

Biologically, we aim to avoid differences because they disrupt the peace in our minds. Other peoples’ emotions are literally contagious; they activate mirror neuron systems in our brains. Furthermore, differences lead to feelings of exclusion, which activate the brain’s social pain areas.

It’s no wonder that differences cause much of the angst, sadness, and aggression we see in the world — but it doesn’t have to be this way. Many studies have demonstrated that humans possess a natural ability to adapt to conflict. We can learn to manage our neuroticism, embrace our differences, and leverage them into new and innovative insights.

The Nature of Differences

Nature frequently displays how differences can inspire opportunity. Take positive and negative terminals in a battery, for instance. These differences in charge allow for electricity to flow. Metaphorically, this reminds us that differences are an opportunity for idea exchange. They can encourage dynamic conversations.

Another example can be found in music. Variations in pitch, instrumentation, speed, and volume between different parts of a song provide a much-needed respite from pure monotony. Here, we may reflect on how the company we keep can metaphorically be more harmonious when people feel comfortable expressing their differences. This is why I appreciate having a very diverse group of friends.

Nature proves that differences can lead to beautiful outcomes, and it’s time for humans to follow suit and learn how to manage their differences more effectively.

Cognitive empathy encourages your brain to walk in someone else’s shoes and see life from his or her perspective. While you’re there, you can find the commonalities among your differences and leverage them into productivity.
For example, when it comes to political policy, a Republican entrepreneur may firmly believe that high taxes are the biggest issue facing today’s business world. A Democrat entrepreneur, on the other hand, may strongly believe that social injustice is most pressing. These vastly different opinions, however, do not mean that Republicans don’t care about social justice or that Democrats don’t care about maximizing profit. Differences are rarely cut-and-dried; they’re more a matter of prioritization.

Through cognitive empathy, politically polarized entrepreneurs would realize they both care about building successful businesses, and each of their top priorities play into that goal. They could join forces to solve an even more interesting problem: lowering taxes while boosting social justice in the business world. Collectively, they can use their differences to raise the bar.

In the early 1800s, poet John Keats popularized the notion of “negative capability,” theorizing that humans should build a tolerance to doubt and uncertainty.

If we firmly marry ourselves to our personal knowledge and opinions, we prematurely shut off our ability to learn. However, if we suspend our judgment, the resulting intellectual confusion can lead to beautiful outcomes. Curiosity becomes our intellectual mode du jour, allowing us to learn and enrich ourselves much more profoundly than we could with a closed mind.

Furthermore, our differences often reflect faulty dichotomies. Much of what we think we stand for has been falsely created by our minds in an attempt to eliminate the gray areas of life.

Pro-choice individuals, for example, are rarely actually inclined to support murder — that’s their contradiction. Yet still, the pro-life crowd often jumps to this conclusion. Furthermore, recent research has demonstrated that the brains of women are actually very similar to the brains of men, yet we prefer to focus on stereotypes and sometimes even emphasize them at the expense of expressing our complexities.

Rather than resolve our contradictions through faulty dichotomies, we should stare them in the face and ask, “What if we actually aren’t that different?” In doing so, we will realize that we share much more in common than we think we do.

Differences are here to stay, so why not make the best of them? Let’s elevate ourselves through more intelligent conversations that allow us to walk in others’ shoes, exercise our curiosity, and ultimately recognize the similarities that we, as humans, all share.

Srini Pillay, M.D., is the CEO of NeuroBusiness Group and the award-winning author of numerous books, including the upcoming book “Tinker Dabble Doodle Try: Unlock the Power of the Unfocused Mind,” available for preorder wherever books are sold, “Life Unlocked: 7 Revolutionary Lessons to Overcome Fear,” and “Your Brain and Business: The Neuroscience of Great Leaders.” He is also Assistant Professor of Psychiatry (Part-time) at Harvard Medical School and teaches in the Executive Education Program at Harvard Business School. 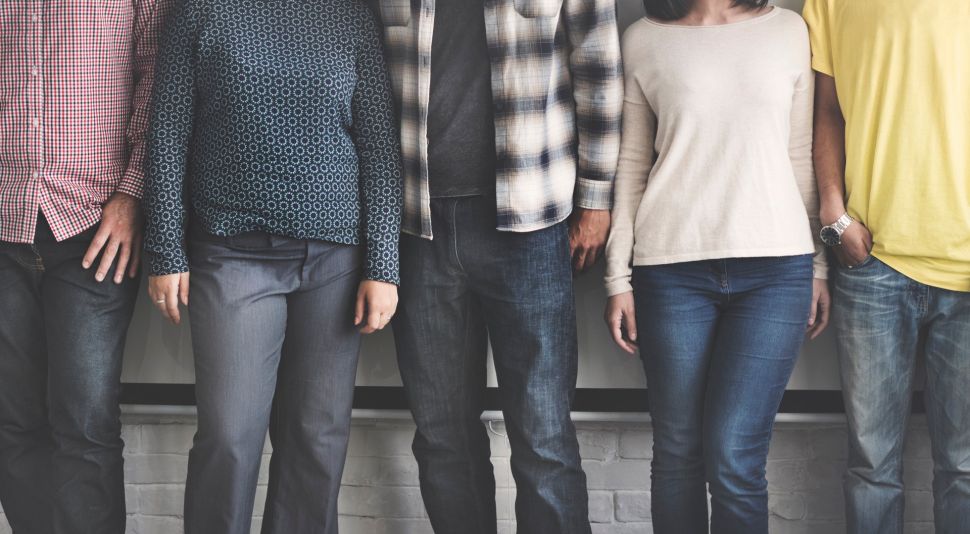