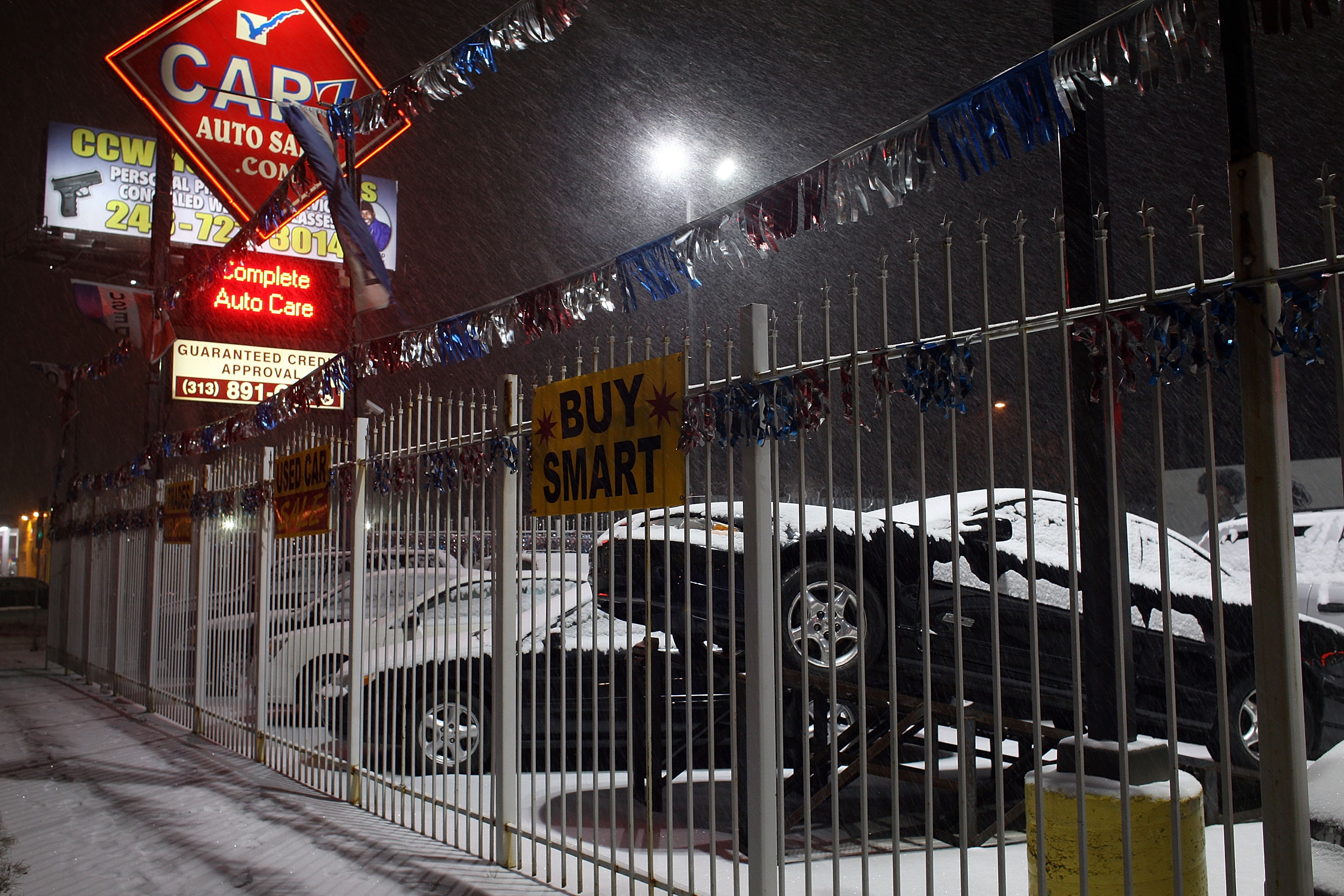 There are lemons in the stock market too. Spencer Platt/Getty Images

In 1792, before there was the internet, the telephone or even the telegraph, securities trading began on Wall Street.

A small group of dealers, who met under a buttonwood tree on Wall Street, agreed to trade only with each other and established a minimum fee for their service. At that time, most trading involved the buying and selling of government bonds.

A quarter-century later, on March 8, 1817, securities dealers changed their rules a bit, moved into bigger quarters on Wall Street and officially created the New York Stock and Exchange Board. This was later shortened to the New York Stock Exchange (NYSE). Today it is the largest securities exchange in the world, trading around US$200 billion each day, mainly stock certificates or ownership shares in private firms. The value of all the companies on the NYSE, about $16 trillion, comes close to the value of what the U.S. economy produces in new goods and services each year.

As the NYSE marks this bicentennial milestone, it is worth asking, what do stock markets actually do?

This question is particularly apt right now as U.S. shares set new records on a regular basis, with some calling the roughly 15 percent gain in the Standard & Poor’s 500 since Election Day a “Trump bump” created by optimism about his plans, while others chalk it up to “irrational exuberance,” to use a famous phrase of Alan Greenspan, former chair of the Federal Reserve.

Based on my many years of experience teaching and writing about financial markets and frauds, the best way to understand what’s really happening on Wall Street – and puncture its mystique – is to imagine a used car dealership.

The aura of the NYSE

The NYSE gets its aura from the fact that so much money is involved. Even for those with a relatively small stock portfolio, a change in stock prices of 2 to 3 percent can result in gains or losses amounting to thousands of dollars.

Also, people are attracted by simple numbers, especially ones that fluctuate and get reported regularly with much fanfare, such as gasoline and stock prices.

More importantly, the NYSE helps finance new investment. When a large company wants to expand, it prints up new shares of stock and then tries to sell them. If successful, the company gets money (fresh capital) that enables it to expand its operations. This is what Snap Inc. – maker of the Snapchat app – did on March 2, when it raised $3.4 billion in its initial public offering.

However, this is not what most stock trading is about. Virtually all the activity on the NYSE involves someone who already owns part of a company (represented by stock certificates) selling it to somebody else.

In this way it is very much like a used car dealership. Used car dealers buy old cars and resell them. Similarly, stock markets are places where someone sells her part ownership in a company to a dealer, who then finds someone else to buy it.

That is it. Ownership of a company changes hands, with the exchange serving as the middleman or used car dealer. Other than at the dealership, which makes some money on the trade, no jobs get created and no production takes place. 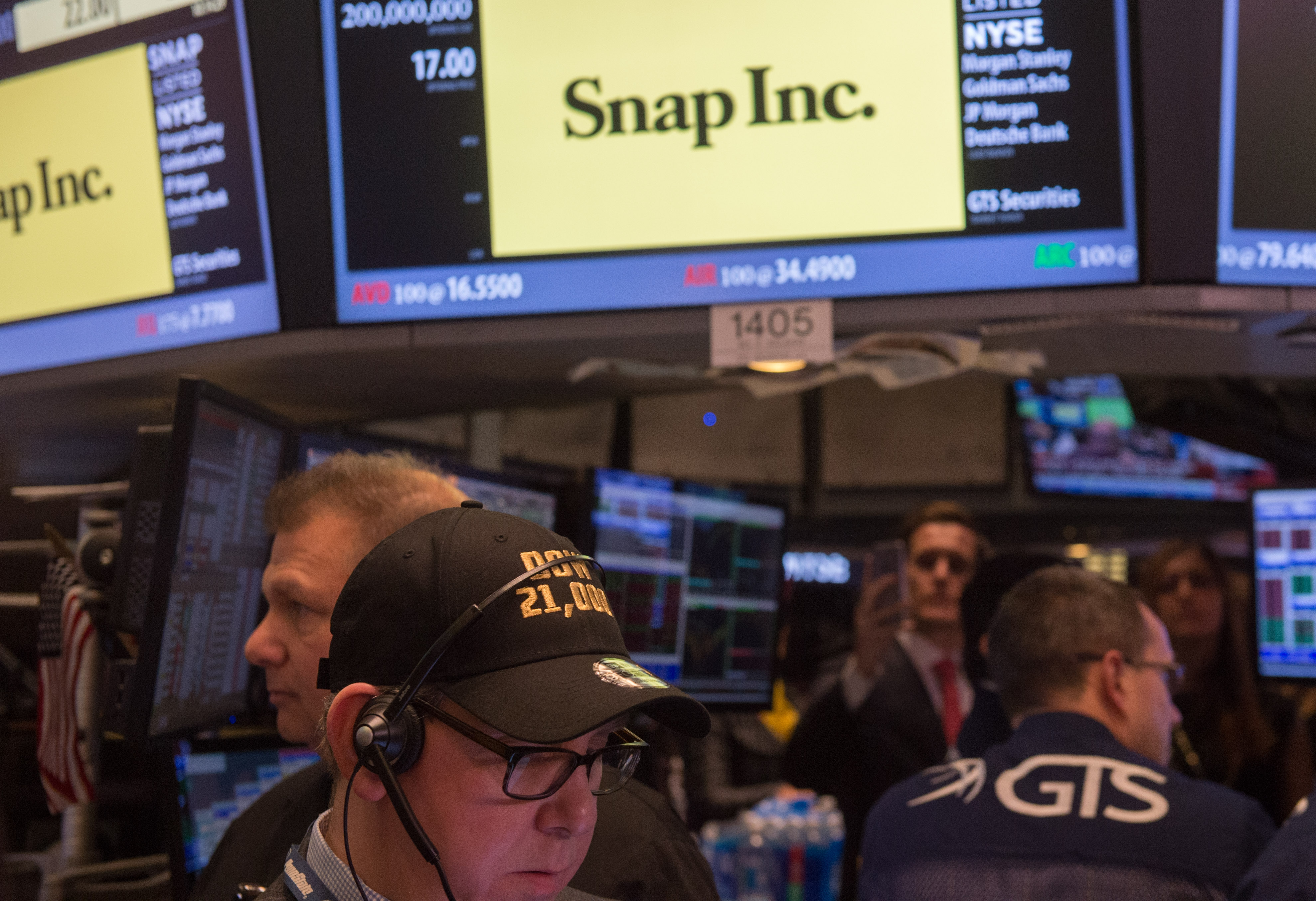 Of liquidity and lemons

From this perspective, stock exchanges like the NYSE have some positives as well as some negatives.

On the positive side, markets let us sell things quickly. When I want to get rid of my car, it is more convenient to have a used car dealer serve as an intermediary than for me to sell it myself. In addition, because it is easy to sell my car every few years, I may purchase a new car more frequently, which increases consumer spending and strengthens the economy. Similarly, it is easier for companies to raise money for new investment when the buyer knows he can resell the shares easily. In Wall Street parlance, this is called “liquidity.”

But there are also negatives. First, as all used car buyers know, it is easy to end up with a lemon. Most people don’t know the specifics of a particular car or a specific company. In both cases, there are incentives for sellers – the car dealers or investment advisers – to hide any flaws in what they want to sell, thereby deceiving buyers. Commissions for making sales is more important for these people than helping a buyer make a good decision.

The history of financial markets is also a history of fraud, from the South Sea Bubble of the early 18th century to Bernie Madoff’s Ponzi scheme in the 2000s.

Second, financial markets (unlike used car markets) tend to generate speculative excess since people buy assets to make financial gains rather than consume what they buy. Economist John Maynard Keynes compared stock markets with a rather strange beauty contest whose objective was to pick (from a large group of faces) not the most beautiful one, but the one that others would pick as the most beautiful.

Keynes got it exactly right. On stock exchanges, success means doing what other people are doing, rather than buying the shares of companies that are really the best. Such herd optimism can last only so long, however. The stock market crash of October 1929 saw the Dow Jones Industrial Average fall 25 percent in two days, followed by further sharp declines. By May 1932, the market had lost 80 percent of its peak value. The Great Depression that followed showed that when bubbles burst, the damage to the economy can be very long and very large.

Similarly, the 2008-2009 stock market plunge of more than 40 percent resulted in the Great Recession.

Finally, because people pay attention to readily available numbers and are attracted to wealth, rising stock prices become more important than producing a quality product efficiently. Owners of company stock care about recent performance and the quarterly results (sales and profits) of individual firms. They care less about the long-term investment plans of the business and whether quality is improving (something that leads to reputational gains and more profits in the future). As a result, company CEOs come to care more about the short-run performance of the firm and less about the long-term performance.

This is why we constantly get scandals such as car companies installing exhaust systems that are polluting but can beat inspection tests and financial firms that sign customers up for accounts that they did not ask for and then charging them for this.

This brings us back to the so-called Trump bump.

Investors dislike uncertainty. Upcoming elections add uncertainty, which ends with the election results no matter the outcome. This is one reason stocks tend to perform well in the year after a presidential election.

Stock prices rose 23 percent and 30 percent, respectively, in each of the years after Barack Obama won the election. They increased 7 percent and 31 percent following Bill Clinton’s victories in 1992 and 1996.

Economic factors are not irrelevant, though. Stocks did poorly the year after Ronald Reagan’s first election due to economic circumstances (ditto for George W. Bush) but rose 26 percent the year after “The Gipper” was reelected in 1984.

While we are likely to see a similar post-election rise in stock prices this year thanks to reduced uncertainty, there are other factors behind the recent rally. President Trump has promised deregulation and corporate tax cuts, which will increase corporate profits and make their shares more valuable.

But his post-election honeymoon may not last long. One reason is that these policies could reduce middle-class incomes by limiting competition, reducing government spending and making another financial crisis more likely. And that’s bad news for companies, their stocks and the economy because consumers won’t be able to afford as many of their goods and services.

So just as the stock market feeds off optimism, when reality falls short of expectations, despair can create a downward spiral. The danger we face is that this “Trump bump” could be followed by a “Trump dump” if investors realize they’ve purchased a portfolio full of lemons.

Steven Pressman is a Professor of Economics at Colorado State University. This article was originally published on The Conversation. Read the original article. 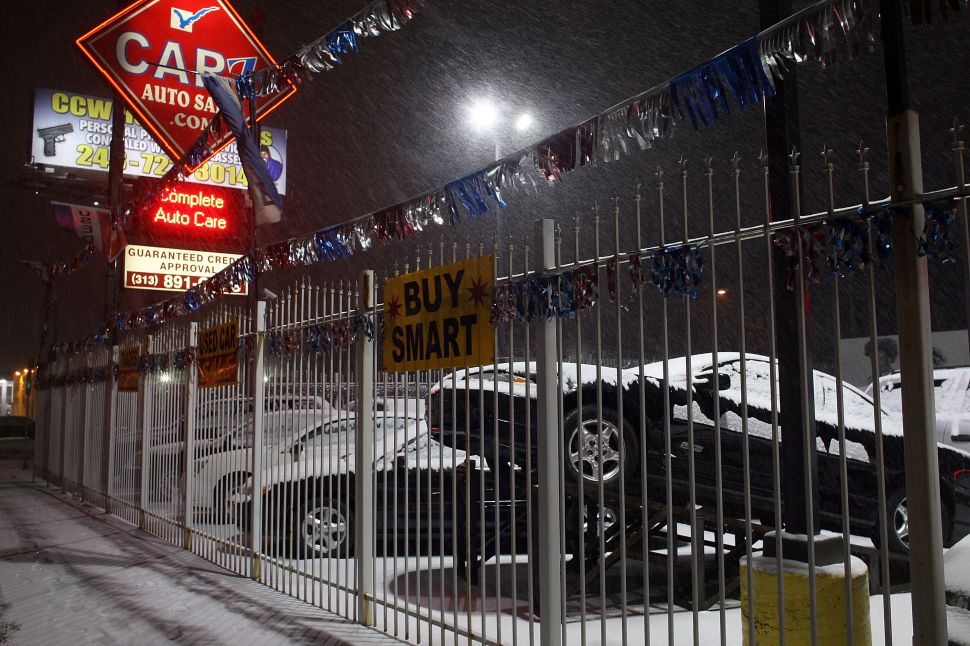