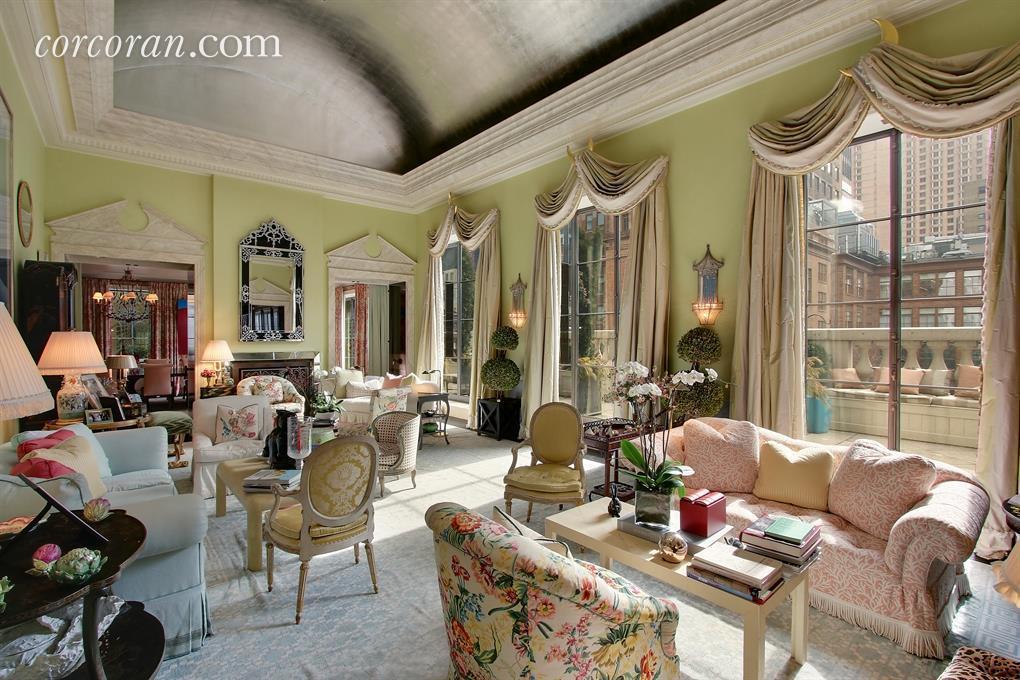 The living room in the Briarcliff penthouse was once a ballroom.
Corcoran 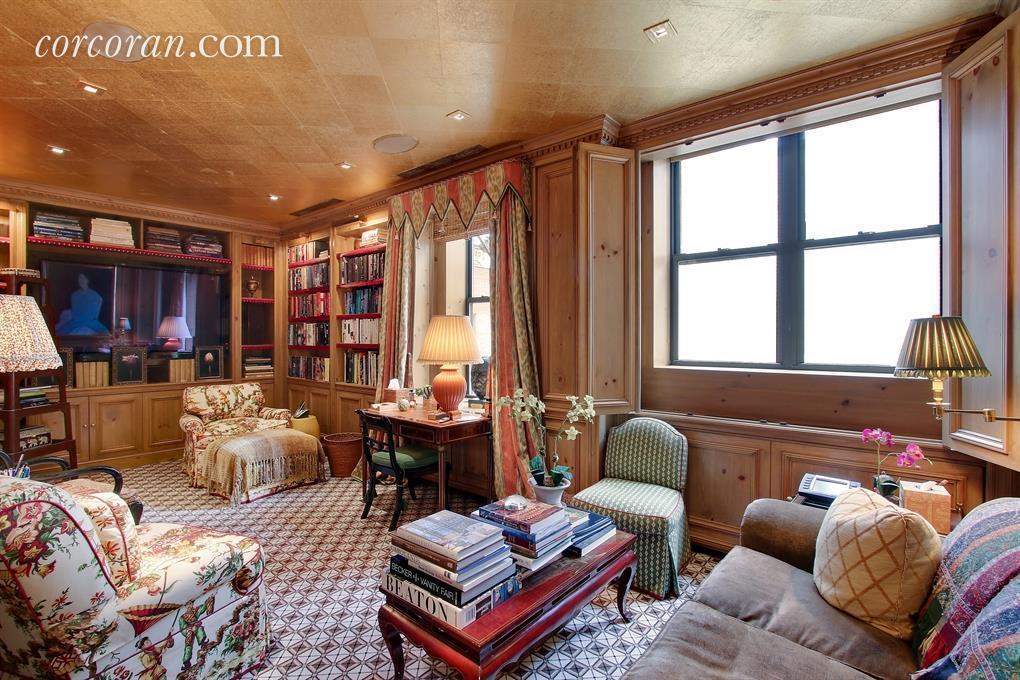 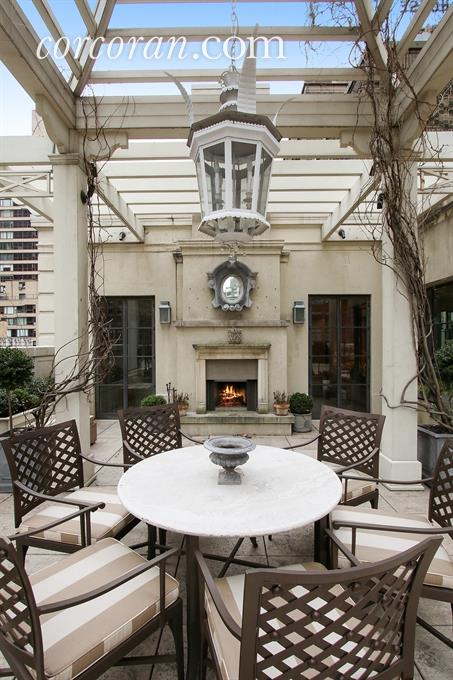 Just a bit of the outdoor space.
Corcoran 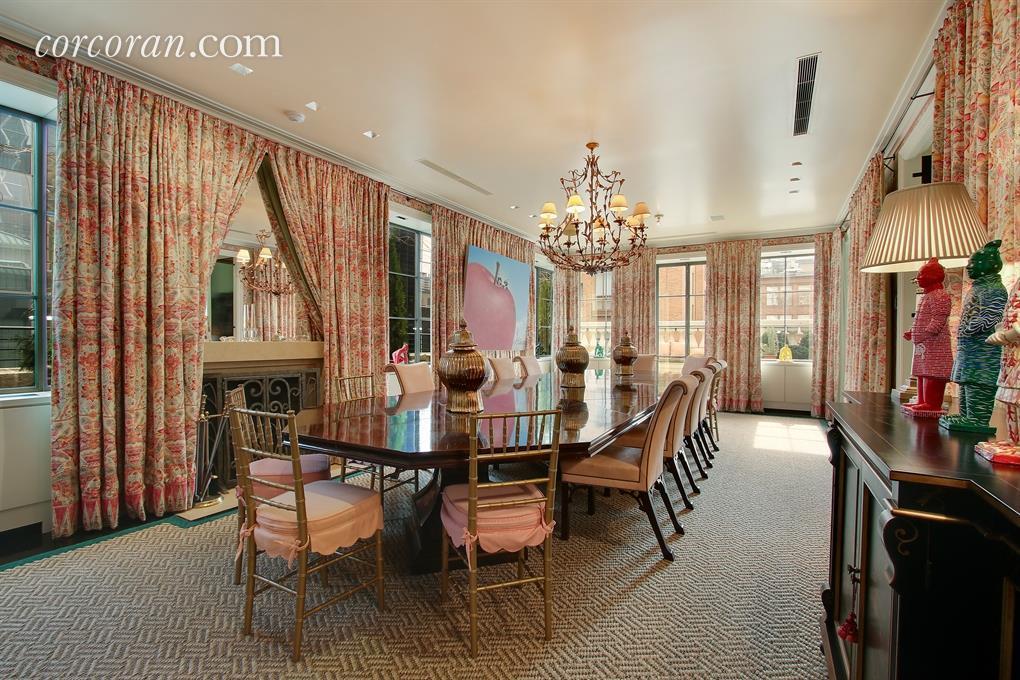 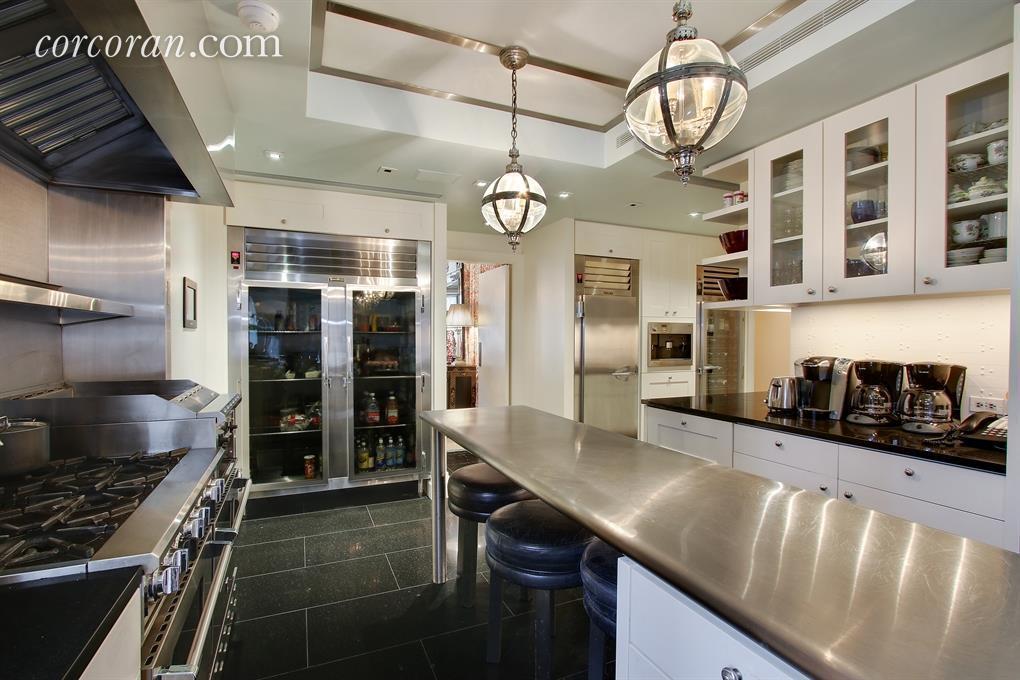 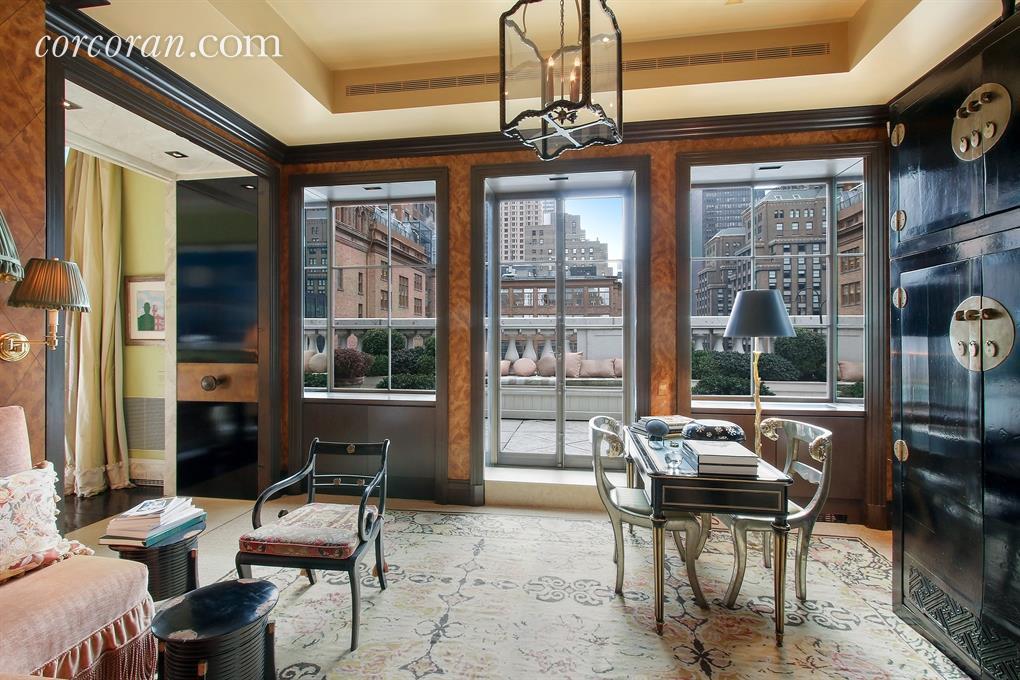 The apartment is perched atop the historic Briarcliff.
Corcoran 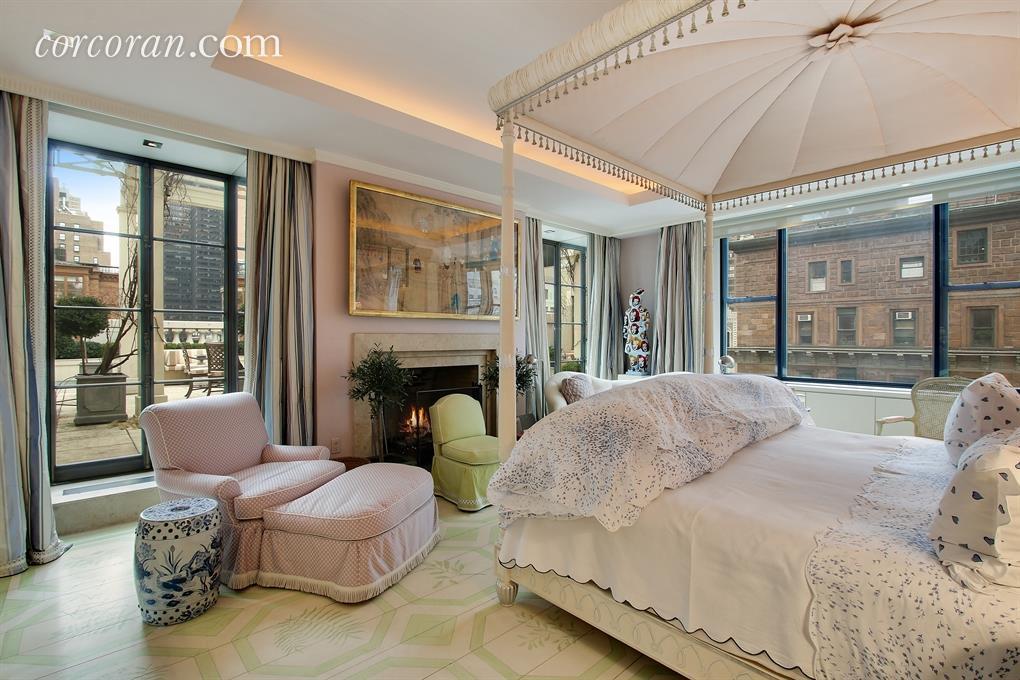 One of four bedrooms.
Corcoran
Advertisement 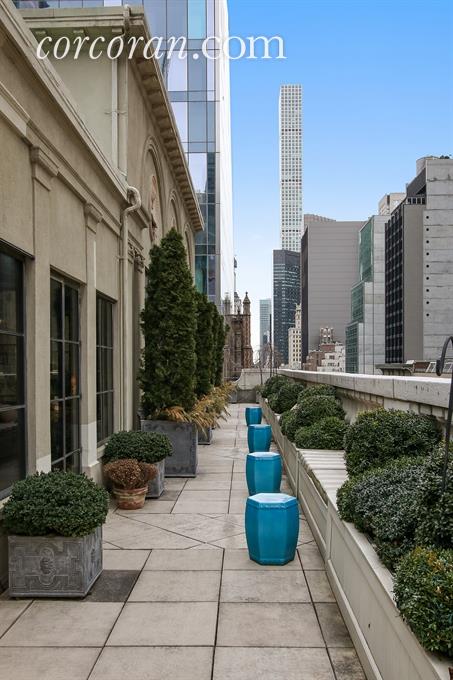 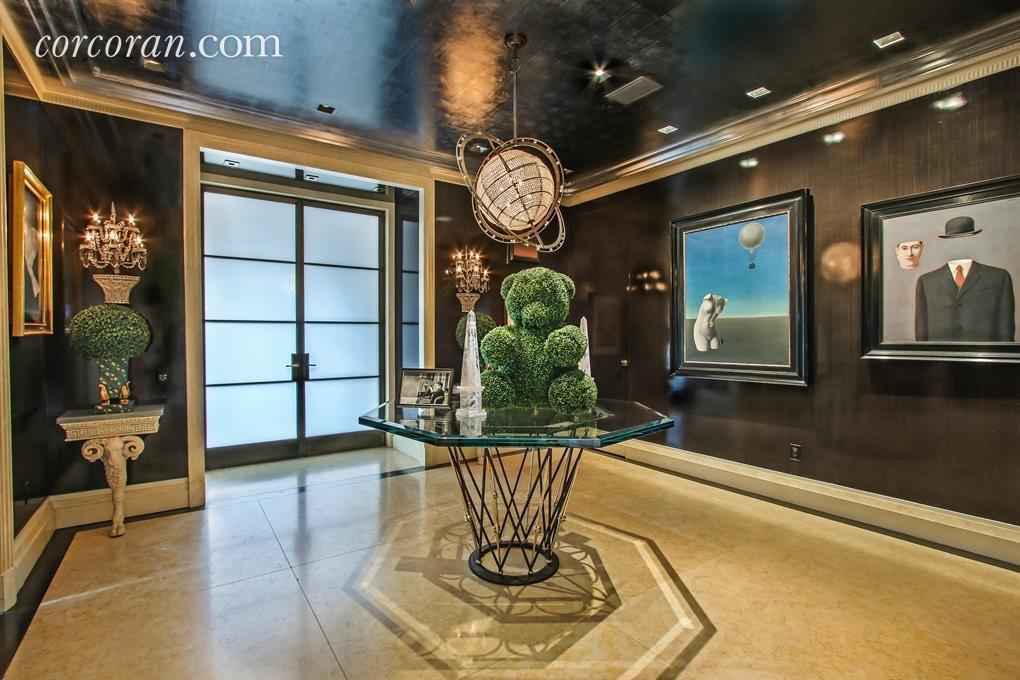 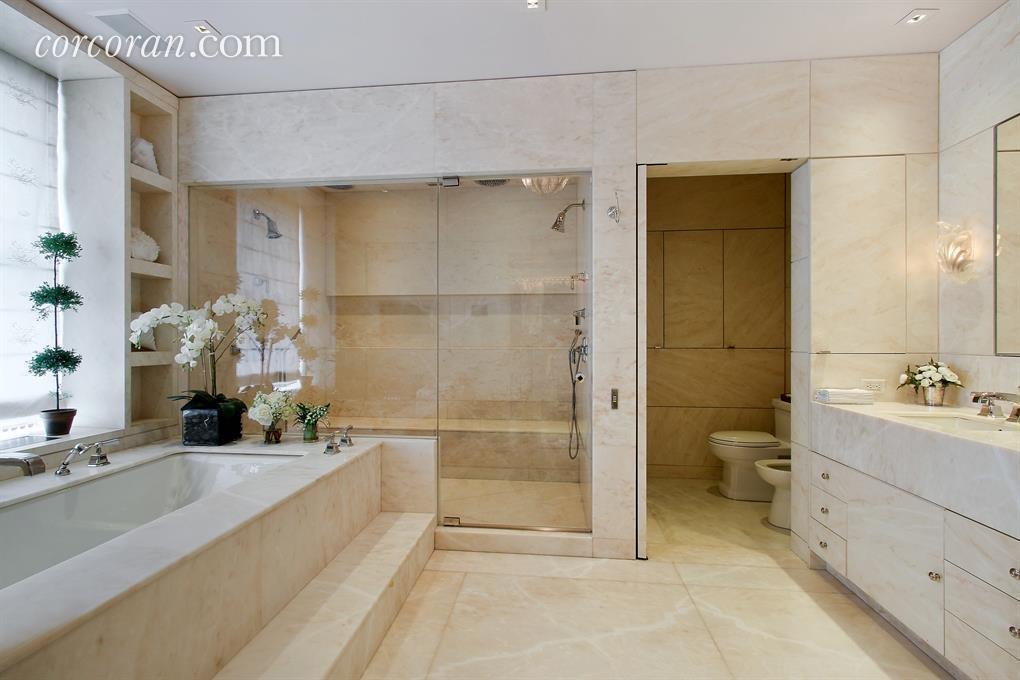 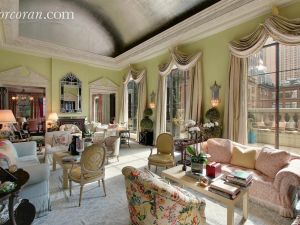 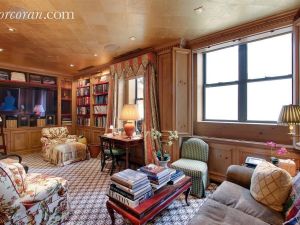 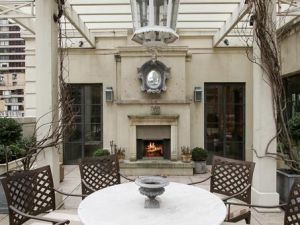 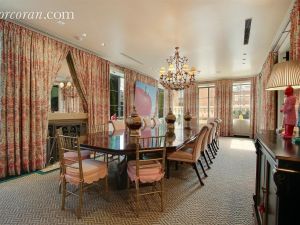 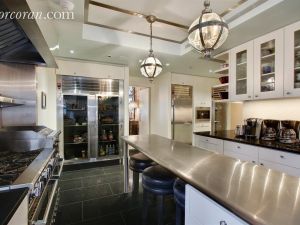 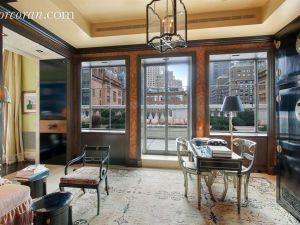 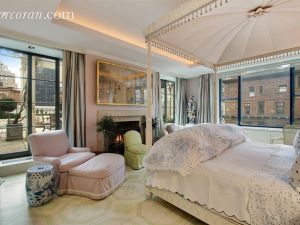 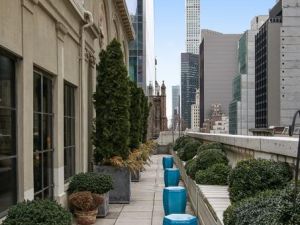 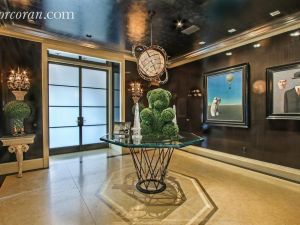 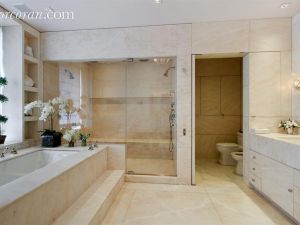 Wilbur Ross, the newly sworn in Secretary of Commerce, is having some trouble offloading his 14-room penthouse.

Ross has been trying to part ways with the apartment at 171 West 57th Street since October 2015, back when he was just a billionaire trying to sell a palatial New York abode. He stuck an impressive $21 million price tag on the five-bedroom, 5.5-bath condo, which was then listed with Sotheby’s International Realty.

Alas, the 5,573-square-foot penthouse lingered on the market, as the price slowly decreased. It was most recently asking $18.5 million at the end of February, at which point the Sotheby’s International Realty listing disappeared.

Now, just a few days after Ross’ confirmation as Commerce Secretary, the unit is back, with a few changes. It has an updated listing with Corcoran broker Carrie Chiang, and a newly discounted price tag of $16.5 million. Ross paid $18 million for the condo in 2007, so he must really want to get rid of the place. Then again, when you have approximately $2.5 billion in the bank and a cabinet position, maybe a $500,000 loss doesn’t hurt quite as much.

The “European style” home has quite the entertaining space; aside from the living room and library, there’s a dining room that “comfortably seats thirty,” as well as a decked out catering kitchen with Traulsen appliances, a wine cooler, double fridge, freezer, plus a stainless steel island and black granite countertops.

Mario Buatta designed the penthouse—he’s the designer of choice for Ross and his wife, society writer Hilary Geary Ross—and has worked on many a residence for the couple. There are five wood-burning fireplaces throughout the home, as well as wood panel finishes and the “finest” wall coverings, including lacquer and silk treatments.

The ceilings vary from from 9 feet to over 19’6″ in the double height living room, and the 1,837-square-feet of outdoor space includes an irrigated planted terrace.

The home is “[s]uited to satisfy those with the most discriminating taste,” declares the listing, which notes “even art connoisseurs will appreciate the home’s professional lighting and HVAC system.” That’s kind of a given, considering the Ross’ art collection is reportedly worth around $150 million.

The lack of interest in the Briarcliff home, however, hasn’t stopped the Ross’ from picking up another piece of real estate. The couple purchased a 10,000-square-foot home in D.C.’s Massachusetts Heights neighborhood in December—it was listed for $12 million, and is located just across the street from his Commerce Secretary predecessor, Penny Pritzker.