There are very few television shows or films that operate in moral ambiguity, revealing multiple sides of a single story and allowing its significance to develop slowly—and even fewer that select teenagers to be the be the focus. 13 Reasons Why, which follows the fallout after a student’s suicide and then unravels the web that led her there, is an ambitious and uniquely sympathetic deep dive into the challenges of being in high school. It explores themes of sexual assault, shaming, depression, and guilt, all without infantilizing, or patronizing, its young protagonists.

And I can’t tell any of the characters apart.

It isn’t the show’s fault—13 Reasons Why has an incredibly diverse cast and well-rounded characters. This is fully on me, and my debilitating case of high school boy facial blindness.

There is wide net of characters, all with intertwining stories relating to the suicidal Hannah Baker, and an entire school filled with background students. And it just so happens that a lot of them are skinny, brunette boys with the same haircut.

I mean, come on. This is the main character:

And then this is other main character. This one is a jock.

It took me until a full episode later to realize that this guy is actually the SAME person as this one:

Who is ALSO the same guy as this one!

Why does he look different all the time?

And then sometimes there are random students who just have the exact same aesthetic and make me wonder whether or not they’ve been main characters this entire time.

—that Main Guy mistakes him for him in the hall. That’s the whole point of Harry Potter guy: looking like Photographer guy in the hallway so Main Guy gets confused.

And then there’s this member of his jock gang whose name is Montgomery who can be identified by his brown eyes.

Thankfully, they made one of the guys dye his hair blonde.

Because when his hair is brown, he looks like this:

The only one that I can tell apart is this creepy jock asshole because he looks like he’s 30.

This show has turned me into my mom. “Which one is that? Who’s Brown Hair Boy? Is that the same one from before?” This show has taught me how to empathize with the girls who seem happy while they’re actually suffering, and also my parents watching TV. 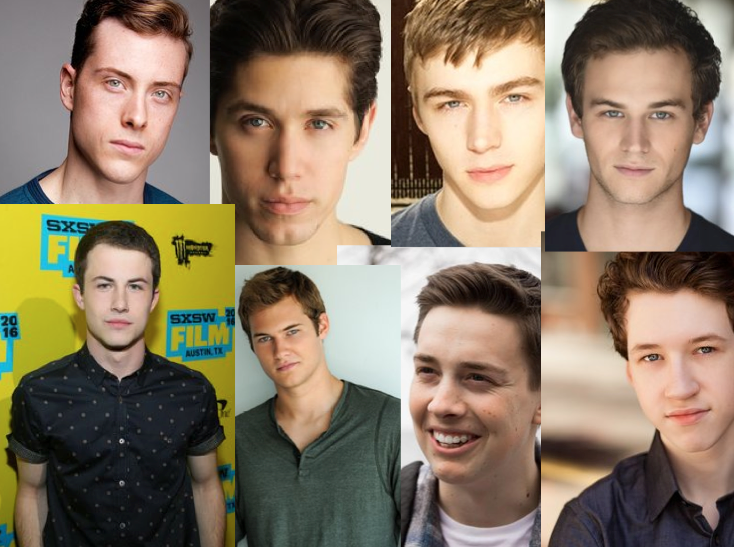