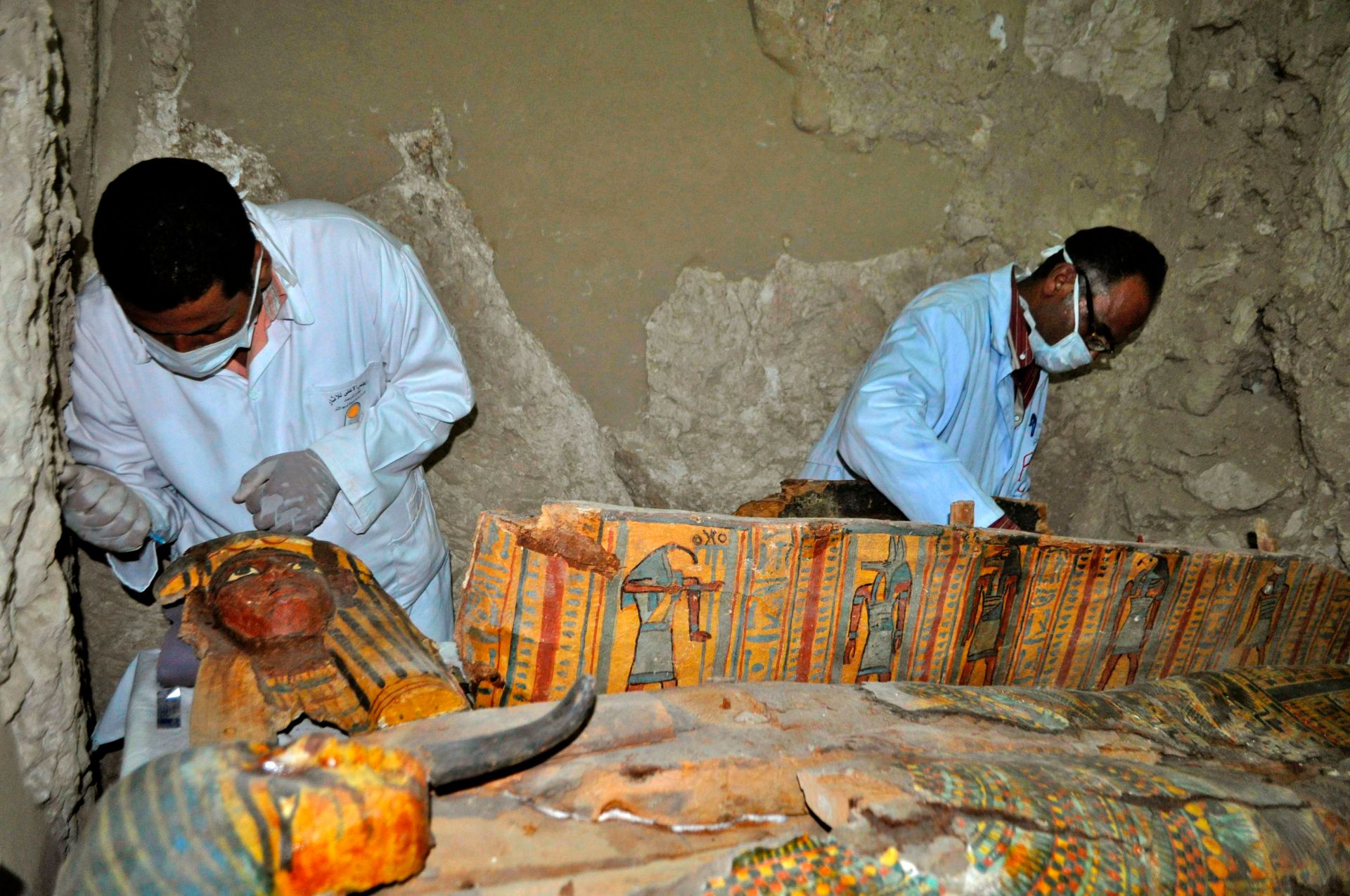 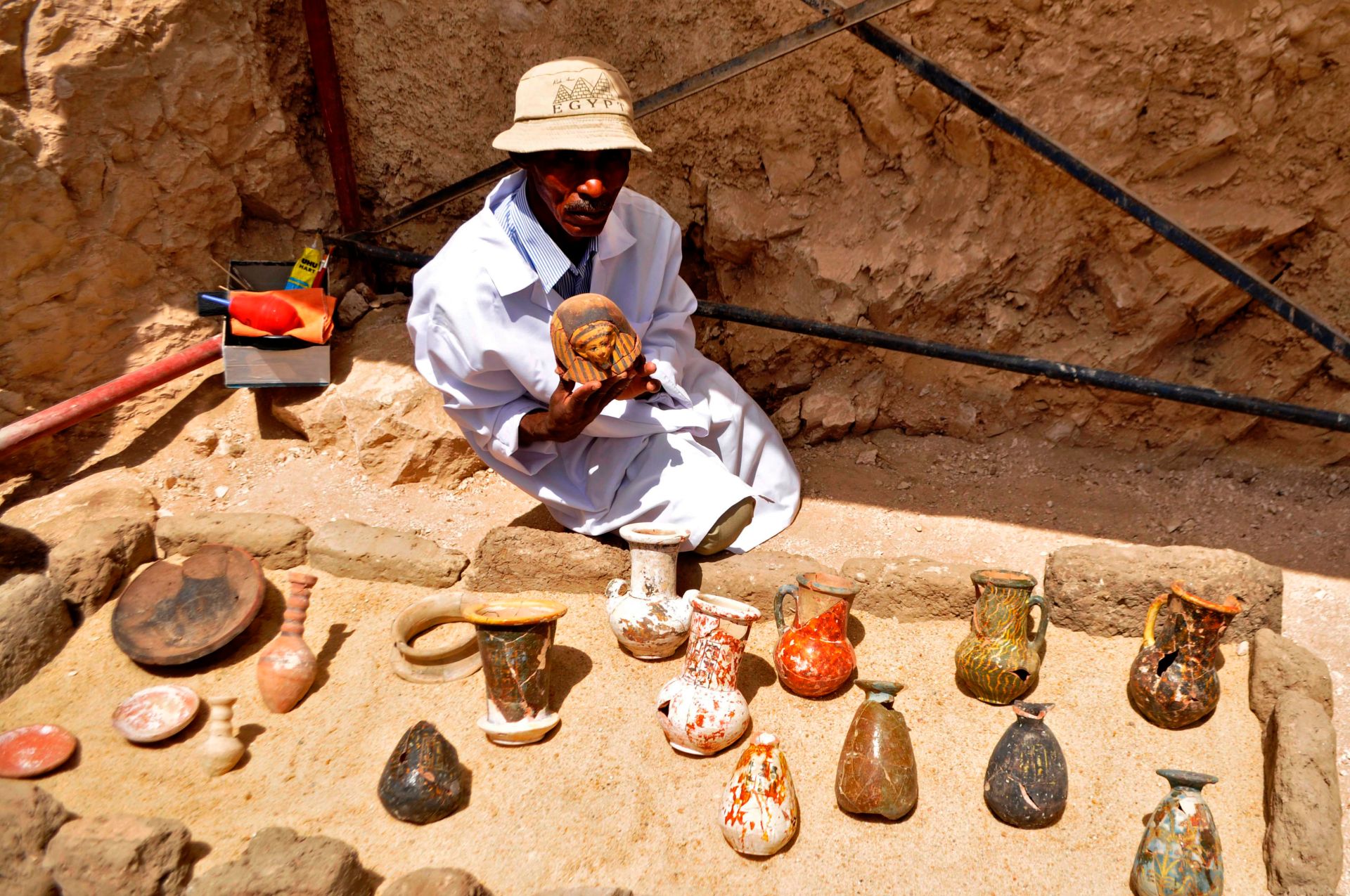 A member of an Egyptian archaeological team shows artifacts discovered in a 3,500-year-old tomb in the Draa Abul Nagaa necropolis, near the southern city of Luxor.
STRINGER/AFP/Getty Images 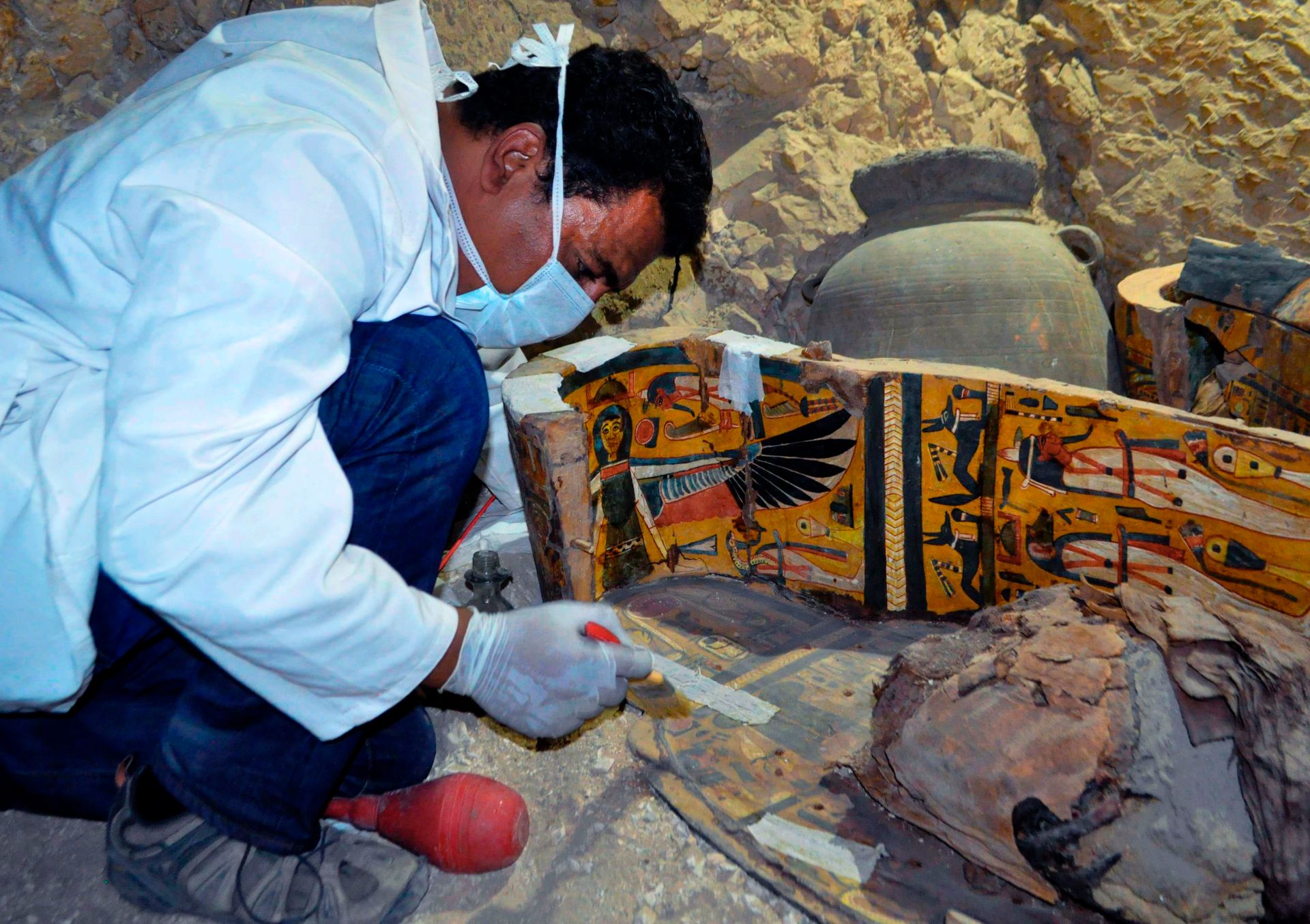 An member of the archaeological team with one of the mummies.
STRINGER/AFP/Getty Images 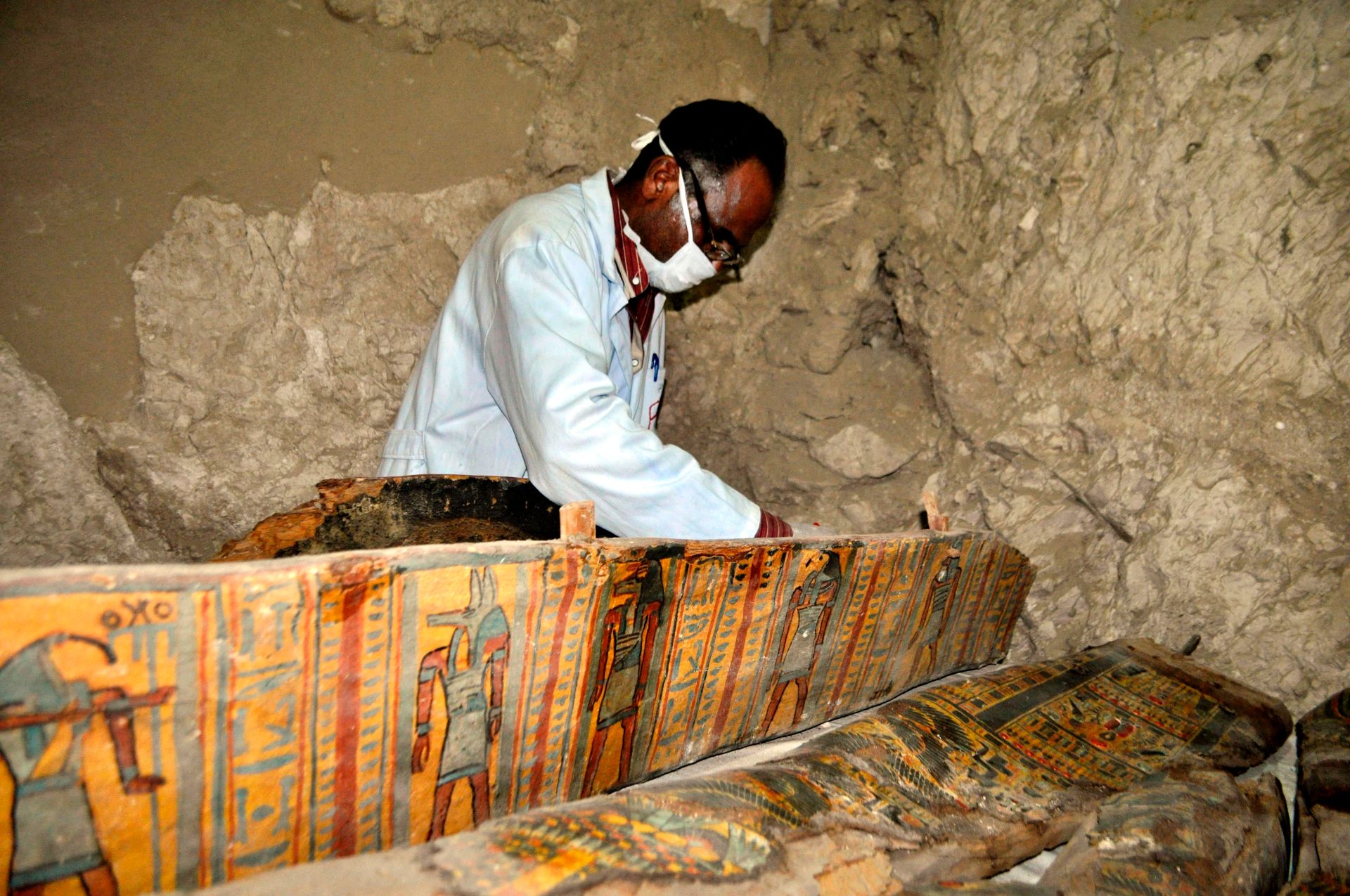 Another view of one of the wooden coffins.
STRINGER/AFP/Getty Images
Advertisement 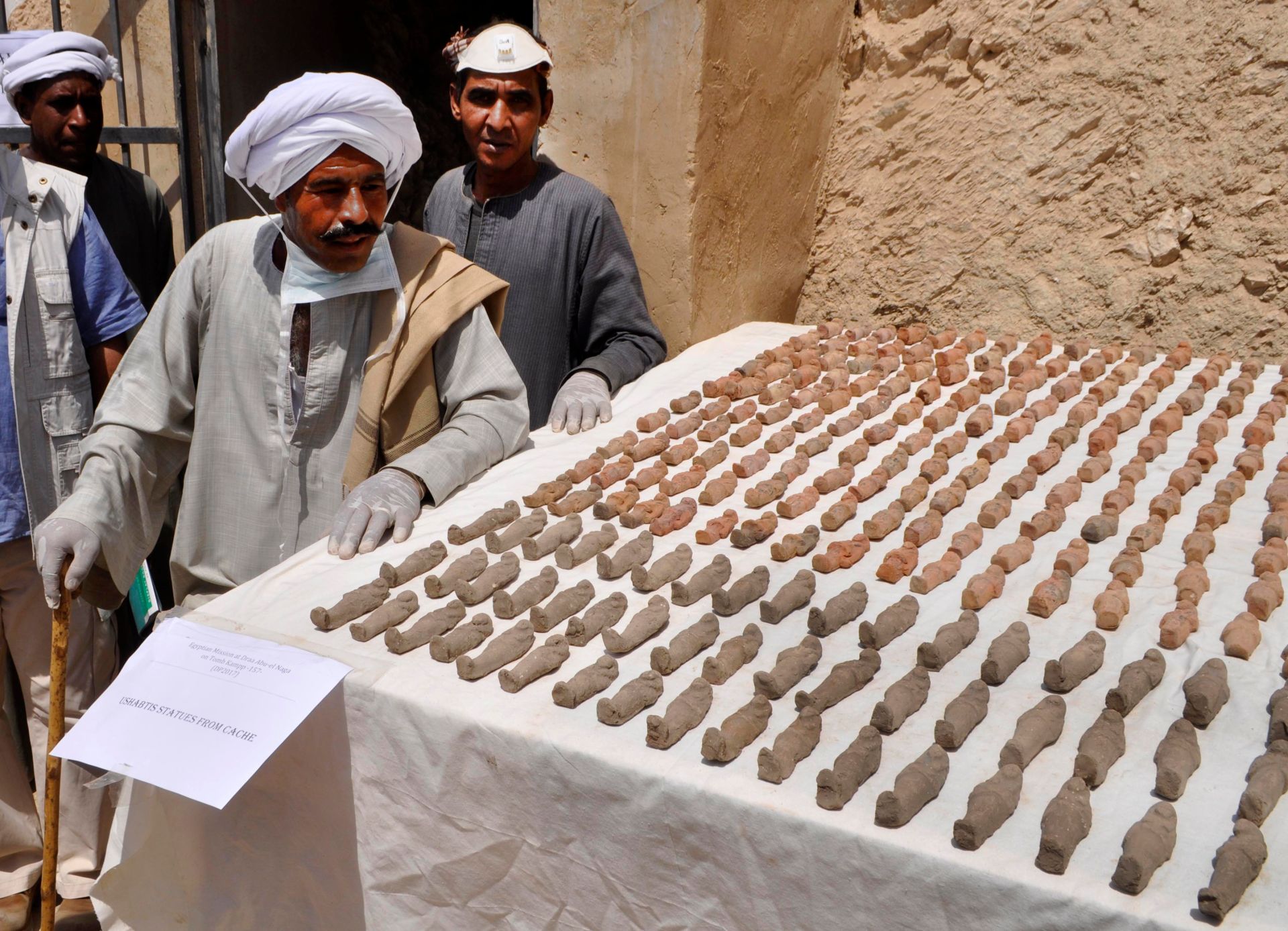 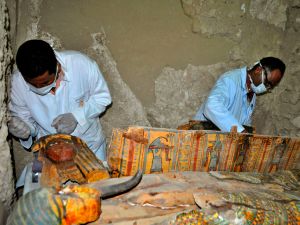 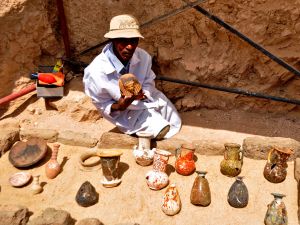 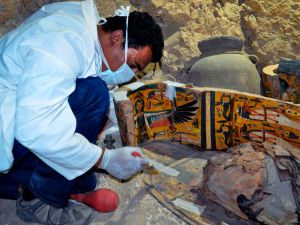 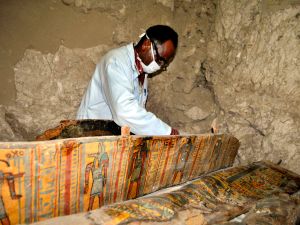 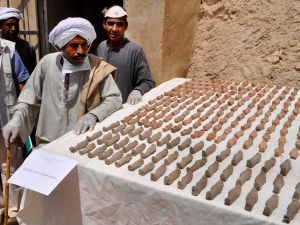 Today is a great day for mummy fans. That’s because archaeologists have just discovered eight new sarcophagi in Egypt’s Dra-abu’ el-Naga, a burial site located in what was once ancient Thebes and not far from the legendary Valley of the Kings, where the remains of King Tut were uncovered by Howard Carter in 1922, reports Phys.org. Officials are calling the discovery “important” as the age of the 3,500-year-old tomb suggests its mummified residents are rare survivors of “the era of the tomb robbers,” according to a statement from lead archaeologist Mostafa Waziri.

The tomb has been identified as belonging to a nobleman named Userhat. Waziri told press that his team was able to date the tomb by analyzing “drawings on the ceiling” to Egypt’s 18th dynasty (the same time period as King Tut and his fellow pharaohs). However, findings included mummies from the later 21st dynasty as well, a total of 10 decorated wooden coffins, and nearly 1,000 funerary statues known as Ushabti—representational servants meant to aid the deceased in the afterlife.

Egypt’s antiquities ministry described the tomb’s unique chambers in a statement, saying, “It is a T-shaped tomb (which) consists of an open court leading into a rectangular hall, a corridor and an inner chamber…The corridor of the tomb leads into an inner chamber where a cachette of sarcophagi is found.”

If the team’s current discoveries aren’t exciting enough, there may soon be even more on the way. Nevine el-Aref, a spokeswoman for the antiquities ministry, revealed in a statement that “there is evidence and traces that new mummies could be discovered in the future.”