We don’t mean these fake hoverboards:

The 360-degree cinema impresarios at Within are showing a new episode in their first series of virtual reality films, called The Possible, at the Tribeca Film Festival, in the virtual reality arcade at Tribeca Immersive. The new episode depicts prototype building and tests for Omni Hoverboard‘s pioneering device.

It’s really a board that a person stands on and flies. Imagine a giant quadcopter that’s strong enough to lift a person. The video doesn’t completely spell out guidance, but the narrator suggests that most of the control is done with the person’s feet and body. By leaning one way or another, it moves the fans beneath in a direction that can give forward or backward thrust. So it feels part of you, like you’re really flying.

In an interview at Techcrunch Disrupt, Within Founder Chris Milk talked about virtual reality film making as an art form that still needs to work out its practices and norms. One challenge that always comes up in these conversations: making sure that the viewer looks in the right place at the right time. Because a person can look everywhere, there’s no guarantee that he or she will be looking in the right place when something happens.

Within appears to play around with this in their latest episode. In one scene in particular, the viewer finds themselves hovering above the pond at the chalet where the team is testing the device. You just kind of look around there for a second. Everything is still. Nothing is going on. Then from off in the distance someone comes flying at you on the hoverboard, and ultimately they pass nearby. You realize that your point of view is so high up that you seem to be flying too (or at least floating).

It’s also one of those scenes that really capture how important sound can be as a cue in a film like this.

Check out this YouTube video of Omni Hoverboard’s world record-setting flight of more than 900 feet here: 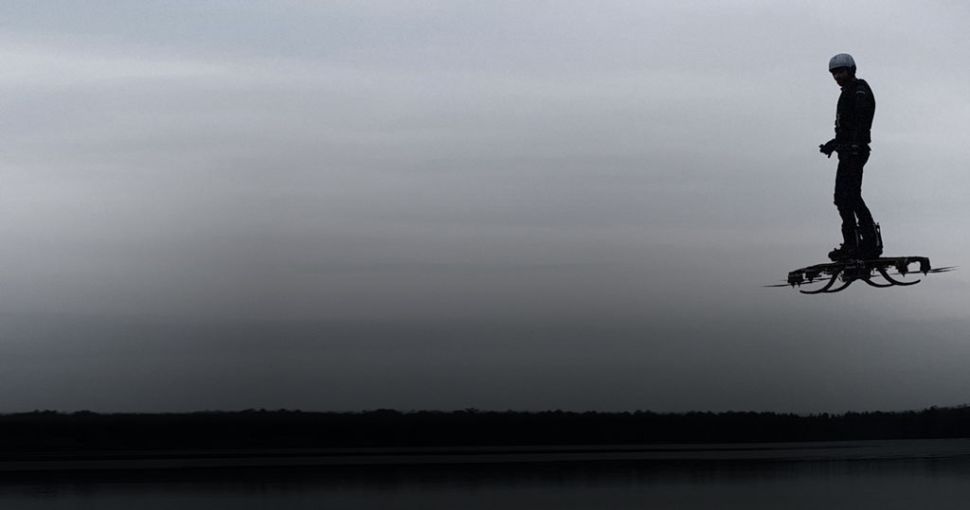