It was the door slam heard around the world. In 1879, Nora Helmer, the wife in Henrik Ibsen’s A Doll’s House, walked out on her husband and three children, leaving a Copenhagen audience breathless, bitter and exhilarated. Now Nora is coming back. On April 27, a sequel comes to Broadway, Doll’s House Part 2, written by young American playwright Lucas Hnath. While this sequel takes place 15 years after the first door slam, we wonder what Nora would find if she came back today? The answer has more to do with slacker men than with liberated housewives.

First, let’s marvel at Ibsen’s achievement. Though Nora fled in 1879, the play itself never went away. As recently as 2006, A Doll’s House was produced more often than any other play in the world, 127 years after the first door slam. Hamilton should be so lucky. Nineteenth century dramas don’t come back often, except when accompanied by Oscar Wilde’s wit, Chekhov’s dead seagull, or Andrew Lloyd Webber’s chandelier. While all drama fans know of Nora, do any remember Agnes, The Notorious Mrs. Ebbsmith, written by Sir Arthur Wing Pinero? So, why does Nora still count when Agnes doesn’t? Because Nora shut the door to the 19th century and pried open the door to the 20th.

Betrayed by her husband, burdened by debt, and girdled into a too-tightly fitting role of mother and wife, audiences knew that Nora had nowhere to run. In 1879, divorcees were deemed hussies, bankruptcy courts would not hear testimony of women, and complaints about female sexual satisfaction wouldn’t be heard until around the time Mick Jagger swiveled to the stage in the 1960s. Nora laments that she and her husband Torvald have never “exchanged a serious word.” “I have been your doll-wife,” she says, while he infantilizes his “featherbrained” Nora, degrading her household management by calling her “my little squander bird.” She is allowed an erotic moment when she dangles a silk stocking in front of the eyes of her husband’s best friend.

Despite Nora’s reasons to flee her corseted predicament, 19th century audiences in Germany were so offended they demanded that Ibsen rewrite the last scene. Ibsen grudgingly complied, but then called the new ending a “barbaric outrage.” In Stockholm, playwright August Strindberg joined in the ruckus, slamming A Doll’s House as “swinery.” Nevermind that in 1879 Swedish women had voting rights approximately equal to swine. It took 10 years for this so-called feminist play to make it to Great Britain. Parliament had only recently passed the Women’s Property Act—though Queen Victoria had already reigned for almost half a century.

When Nora walks back through the door on April 27, 2017, she will enter a different universe. Today, women in America make up a majority of law students and nearly half of medical students. Female millennials are 20 percent more likely to graduate from college than their male counterparts.  Yes, they may face wage discrimination, but women outlive men by 5 years, are less likely to hobble from injuries, and are more likely to say they are happy. Wages for high school educated men have dropped one-fifth since 1979, while high school educated women have seen their wages rise.

But the real shock for Nora may be the degraded, infantilized state of so many men. Increasingly, they are the “squander-birds.” Men carry more debt and default on mortgages more often. In more than 40 percent of households, women are now the sole or primary breadwinners, compared to approximately zero when Ibsen wrote. One-sixth of prime working age American men choose not to work. Many are hooked on opioids. Slacker culture and video gamers who stick to their mother’s Naugahyde sofas in the basement don’t help the image. No wonder more women than men complain about a paucity of good-spousal material. The dating app Bumble allows women to make the first verbal move and is gaining popularity at a time when many young men get flustered when asked to text more than a guttural “hey.”

In Act 2 of A Doll’s House, the moneylender Krogstad knocks on the front door to collect on Nora’s debt. Nora bolts the door of her husband’s study to protect him from the commotion. She is worried about his health and had borrowed money only so that she could whisk him to the south for a stress-free vacation. It’s a different world in 2017. The debts are higher, the women are stronger, and the men are more fragile than a porcelain doll.  Nora’s back—just in time to unbolt the office door and let her husband free.

Todd Buchholz is a former White House economic advisor and author of The Price of Prosperity (HarperCollins 2016). Katherine Buchholz studies drama and history in Cambridge, England. 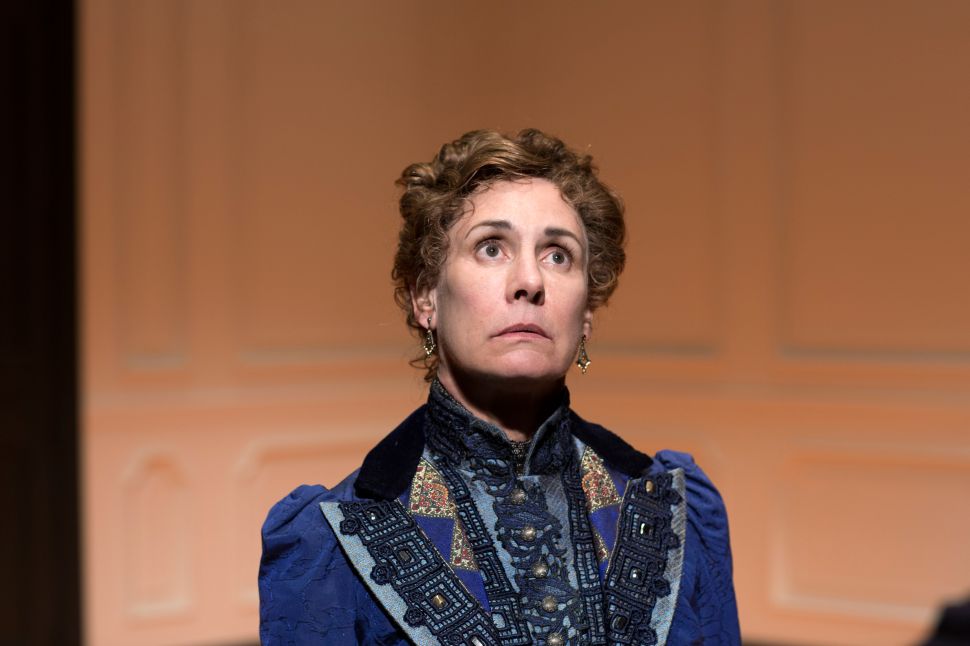