Oh hey, I can’t really talk right now. I am so tired. Dom and the gang just drove me so fast and so far.

Please pardon me if I’m not especially verbose today. I just drifted through the tight streets of some exotic locale, and I need to rest. I know cars can normally drive very long distances, but today I jumped onto a moving ferry. It was just a day.

Just give me a moment, ok?

It feels good to finally sit still for a moment. I am a 1970 Dodge Charger R/T. I am meant to go fast, but these guys go very fast, and like all the time. Not to mention their turns. Oh man, the turns. These guys turn so often. It’s shocking how rarely they are on straight-aways.

I suppose my main complaint is that Dom never just drives me to the store. Just once I’d like to take Ludacris to a doctor’s appointment. Or maybe drive slowly in some sort of car parade. That sounds so relaxing.They act like they are going to take me to another Toretto barbecue party, but sure enough, one thing leads to another and we’re either being chased by Jason Statham or robbing a bank.

Have you ever dragged a vault out of a bank? I bet you haven’t, so I really don’t want to hear about how tiring your day was. I ripped a vault out of a wall and dragged it along the streets of Brazil or some shit. I’m not sure. They all blend together.

Yes, nitrous oxide helps, and these guys love to give me nitrous oxide. You ever have a 5-Hour Energy, but know you’re just delaying a very tired cry later? That’s what NOS is like. I’ll be fine. I’m just beat.

I guess the reason why I’m so out of sorts is because I crashed through two buildings in Abu Dhabi today. Guys, crashing is not fun for a car. It’s the worst thing that can happen to us. I’m so tired all the time.

Traffic sounds like a relief. I would kill for some traffic. Whenever there’s traffic, we drive on the sidewalks and on top of buildings. I’ve hit so many fruit vendors. A car should hit one, maybe two fruit vendors a week. For me, it’s a relaxing day if I only hit three fruit vendors.

The Rock is big, and he barely fits in me. Now I’m just complaining to complain. I should stop.

Listen, I love being a part of the family. Family is so important, but at a certain point, I think we all need to start settling down. I’m an old car. Family looks out for each other, Dom. Family doesn’t kick through each other’s windshields. I can’t remember if you have ever specifically done this to me, but it seems like something you would do, and that’s a problem.

Also, I was shot with so many bullets today. It didn’t hurt because I’m a car. It still made for an exhausting time.

I guess I’m just asking if the next movie could take place at a car show where all the cars never move. That could be fun. You guys can still run around and betray each other, but us cars will be static. I’d love to spend an entire movie on a rotating platform. That’s like a massage chair for cars. Or maybe you all carpool in the next movie, so there are less tired cars? It’s pretty astounding how often everyone in your crew drives their own car to the same location. You’d cut down on gas costs, and it helps the environment. It’s just something to think about.

Now if you’ll excuse me I need to rest. I think tomorrow we are chasing a tank in the Arctic. I don’t even know anymore. 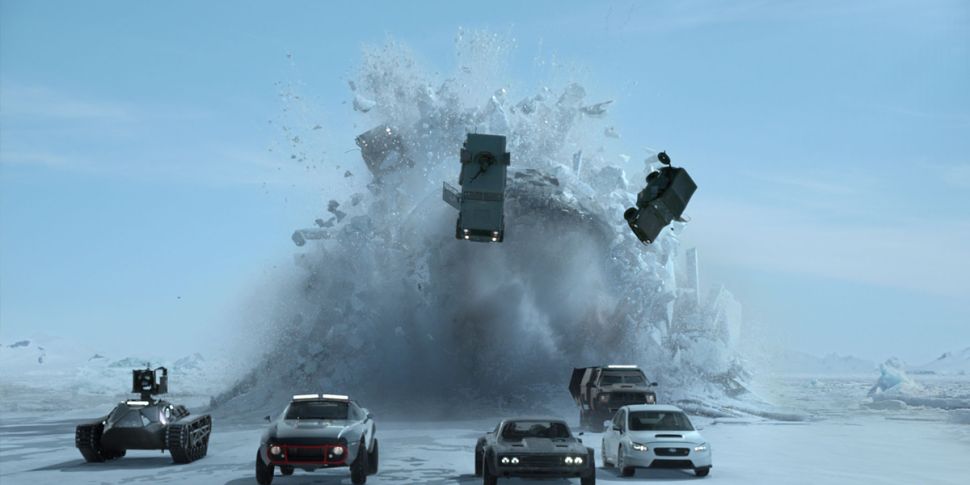 Filed Under: Entertainment, Movies, A Quick Word From, Fast and the Furious, Vin Diesel, Dwayne Johnson, The Fate of the Furious