One thing Aimee Mann learned while attending Boston’s Berklee School of Music in the late 1970s was that practice really can make perfect.

Speaking from her home in Los Angeles the week before the start of the tour for her first solo album in five years, the intriguingly titled Mental Illness, the native Virginian claims she didn’t have much of an ear for melody before she learned that working at something can perfect your craft, and is its own perfection, one way or another.

Her hard work has paid off: Grammy wins here, an Oscar nomination there, a gig at the White House. Unarguably a career pinnacle, Mental Illness showcases Mann’s celebrated mastery of sublime melodies and wry lyrical observation. Beset with acoustic guitar, or piano, and lots of strings, Mann’s deep, rich malty voice weaves through gorgeously contemplative, yet supremely hummable songs like “Goose Snow Cone” (“Even birds of a feather find it hard to fly,” the 56-year-old trills) and “You Never Loved Me” (“It never was me, cause you never loved me,” she states in a velvety low tone).

The album features backing vocals from fellow singer-songwriter Ted Leo, with whom Mann performs as The Both, and whose self-titled debut dropped in 2014, a possible but welcome delay to making Mental Illness.

With a title like Mental Illness, we just had to put Mann on the couch to find out if the queen of melancholy is O.K. (She’s just fine, thank you.)

Are you tired of this idea of you as moody and melancholic?

It’s very understandable to think that if somebody writes songs that are sad or downbeat, or even depressing, then that’s an accurate description of the person themselves. I can have my own times of being depressed, but I feel most people have. The thing is, it’s the music itself that suggests a mood. I don’t gravitate towards upbeat diatonic chord changes that are happier sounding. I don’t really know what to do with that; it’s hard to make that interesting for myself. It’s funny, but so many of my friends are comedians. I don’t spend that much time around morose people. The rest of my life is pretty lighthearted.

In this age of mass distraction and escapism, realism is often mistaken for pessimism.

Yeah, and actually stating a problem feels like a very positive thing. The act of observing or relating the story or feeling the pain feels very positive to me. You can’t lose sight of the song as the first step in problem solving.

Mental Illness is a disturbing title though.

[Laughs] A friend of mine suggested it as a joke because, also as a joke, I described the album as my usual songs about mental illness. But there are songs on the album that reference mental illness. You could argue about what that term means, but I suppose people with bipolar disease, delusional thinking, and pathological liars.

I guess I’ve known a lot of crazy people—and been crazy myself. I’ve been diagnosed with certain things—which we don’t have to go into. But I feel a great sense of compassion for when parts of someone’s thinking or beliefs are out of control. It’s frightening. So it’s rooted in compassion—but you have to have a sense of humor about it.

The cover art includes the words “who are you today”? Is that referencing schizophrenia, or is it about choosing who we will be?

I do feel even in mental illness there are choices and a way to make things better—even if it’s just a choice to take your medication or make an outreach call. That’s important, and that’s exciting. I’ve certainly been in very bad places and it’s helpful to realize there is always something you can do to walk yourself out of it, even if it’s one step at a time.

You are a Berklee drop out, true or false?

Yeah, I went to Berklee for four semesters and then I was concerned about wasting my father’s money. So I dropped out. I had also started a band and I wanted to see what being a working band and playing shows was like. And it worked out.

After starting your career in bands, notably in ‘Til Tuesday, is it nice to be back in a band format with Ted in The Both?

I loved being back in a band, but it’s definitely not in the past tense because we will do another record. It’s nice to have someone along for the ride—sometimes literally: We’d drive and listen to music. Sometimes it’s lonely by yourself.

When you started your career the music business was all about: a) getting a major label deal, b) selling millions of records. Has anything changed?

I don’t know who I would be speaking for, but the impression I get is that more people pursue music now to be famous. But they don’t really understand how impossible that is, and what an empty goal it is.

Thirty years on, what keeps you keeping on?

I just love writing songs. There have been points where I’ve had writer’s block and those feelings of I’ll never write anything good ever again. But at the end of the day it’s really fun to write; I love it and it’s my favorite thing. I can’t imagine ever getting tired of it.

Aimee Mann plays Town Hall on April 22, and the Music Hall of Williamsburg on June 26. 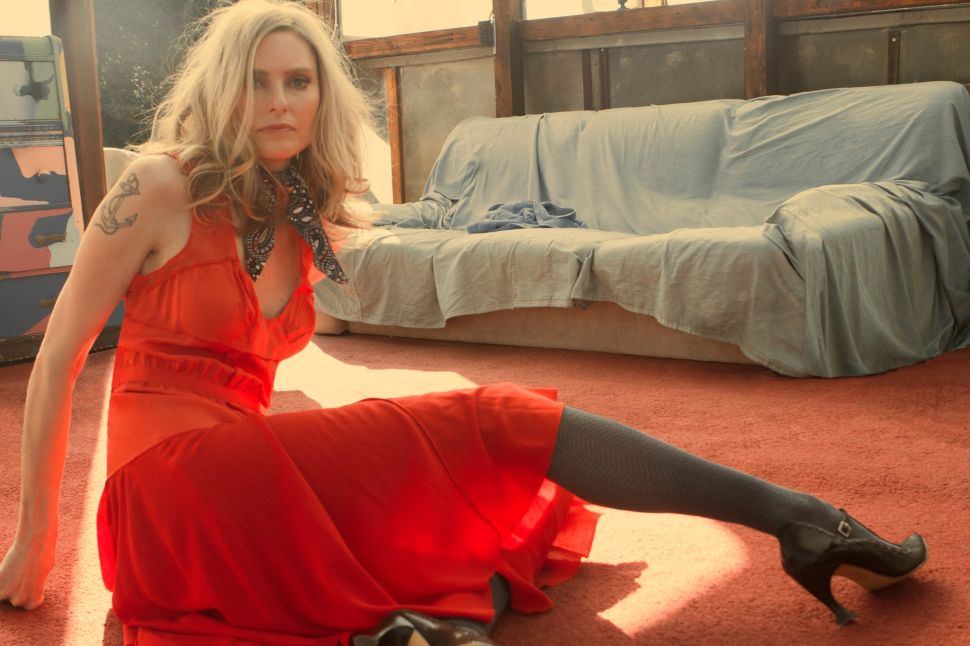