Joined by elected officials, advocates and dignitaries, Gov. Andrew Cuomo lauded the grand opening of the new Kosciuszko Bridge—the first new span constructed in the city since the Verrazano Bridge—as the latest major benchmark in his ambitious infrastructure agenda.

The project replaced the existing 78-year-old structure with two new cable-stayed bridges, one Queens-bound and one Brooklyn-bound. The original bridge first opened in 1939 under the late former President Franklin D. Roosevelt’s administration.

Cuomo took the first drive over the new bridge in Roosevelt’s 1932 Packard. He linked the completed construction to the opening of the first phase of the Second Avenue Subway and the new Tappan Zee Bridge.

He promised that John F. Kennedy International Airport, LaGuardia Airport, Pennsylvania Station, the Queens Midtown Tunnel, the Brooklyn Battery Tunnel and the Triborough Bridge would soon all get the same treatment.

And he indicated that there is more to come, stressing that he wants to ensure that New York has infrastructure that can last into future generations.

“It is just the beginning, my friends,” he continued. “We are gonna build a new New York because at the end of the day, it’s very simple: our fundamental obligation as citizens, as parents, is to leave this place a better place.”

The $555 million phase one project is the largest single contract that the state Department of Transportation has ever undertaken, leading to the construction of the Queens-bound bridge, which includes three lanes of traffic in each direction until the completion of the second phase.

Cuomo said he anticipates that the new bridge will benefit roughly 200,000 commuters every day and said that it has a service life of 100 years. 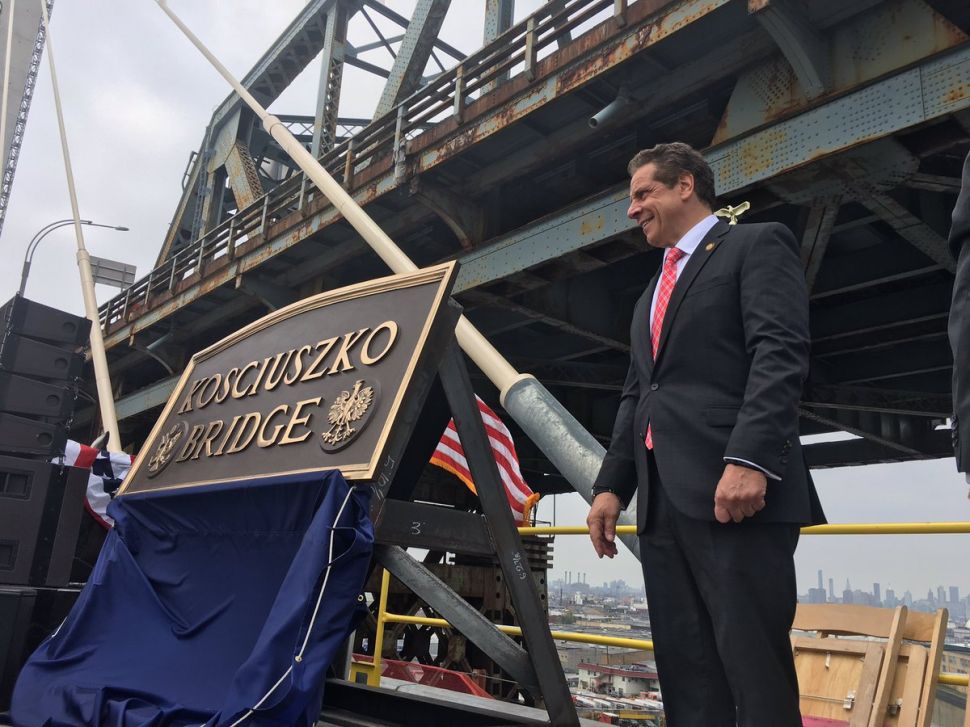