You would never know it around the holidays, though. Cute robots from new companies seem to dominate headlines come gift-giving time. Christmas 2015 buzzed with the Star Wars themed BB-8 toy from Sphero ($129.99). Christmas 2016 buzzed with Anki’s Cozmo ($179.99), the expressive little robot that was like a real world Tamagotchi. Consumer drones have been hot for years. One company, Ready, believes that it can carve out a space in this sector that accelerates demand for all personal robotics and by plugging every one of these semi-smart gadgets into a cloud-based, Windows’esque operating system.

So just like gamers control massive mechanical monsters in the latest first person shooter today, they could start controlling real life robots in much the same way soon.

Next week, Ready will make its first hardware integration live for users with a control system for Arduino. Arduino is a widely used, inexpensive control board seen in a lot of both DIY and commercial hardware. As Bennahum describes it, Arduino is like a body’s nervous system and Ready is building its brain. From there, it hopes to integrate every robot company that will work with it.

“The thing that we figured out was how to let non-coders essentially make apps,” David Bennahum, Ready’s founder, told the Observer in a phone call. “It turns out that our user base is adjacent to robotics.” With a visual, drag and drop interface, Ready became a shortcut to making things on a screen move around and interact. The company opened up its platform in September of last year with about 600 users. It reached 2,500 by January and has about 18,000 now, Bennahum told. He says the company has done no advertising and no social campaigns.

As a software-only play, its business plan had focused on a freemium model with a tiny number of users paying for advanced features. It was a slow road, but now that the company has shifted its focus to robots, it believes robot makers will pay Ready to provide a cloud-based operating system for their devices. Hardware companies don’t want to be in the software business.

In theory, if Cozmos can play and interact with Spheros, this should nudge demand up for the whole market. People with Spheros will want Cozmos and vice versa. The same should hold true for every other toy robot.

“Industries tend to explode when you get non-professionals into the industry,” Hanns Tappeiner told the Observer during an interview at SXSW in Austin. Tappeiner is co-founder and president of Anki, which makes the Cozmo. When it rolled out the very cute little robot bulldozer, the company also released its Software Development Kit or SDK. The SDK makes it possible for developers to tap into Cozmo’s sensors, interfaces and control systems. It’s like an operating system, but only for Cozmo.

“The software is very tied to the physical robot,” Tappeiner said. It took an unbelievable number of lines of code to make the Cozmo able to do all the things it was built to do, but the SDK lets users take advantage of what’s already been written and enables it to do even more.

Robots that encourage programming aren’t new, but what the industry doesn’t have is a general system to coordinate all robots. “How do you do the same thing for the robotics industry that was done with the cell phone industry?” Tappeiner asked.

Additionally, it envisions a future where users can write new functions for their robots, or new ways for two different robots to interact, and then make their code available in the Ready store, much like the iOS or Google Play store. Anki did not reply to a request for comment about the idea of a third-party platform that would let its devices coordinate with those of other companies.

Ready was built on Unity, the 3D software platform used to make many videogames today. “A lot of what Unity has built now has a lot of security built in,” Bennahum said, which is important when considering software that will control real life devices with sensors in the home.

Zak Rogoff with the Free Software Foundation cautioned that a good track record isn’t enough. Ready is built under a decidedly closed-source model. “Any time software isn’t visible or public and free means its harder for security researchers to check it for safety issues,” Rogoff cautioned. He compared it to a developer who won’t show a potential buyer the schematics of a new home before closing a deal.

It’s also a relevant question to raise about Ready’s business model. It’s easy to see why young hackers would get excited about ways to make different toy robots interact with each other. As artificial intelligence becomes more sophisticated, it should become even more exciting as toy robots start to behave with as much personality and intelligence as organic pets.

But will it be a closed-source system like Ready that will rule that space or something cobbled together by the open-source community?

Ready wants to the Windows of robotics, and it could be, if a proprietary system proves to be what the public wants, and it might.  As widely as Windows is deployed, it’s nothing compared to the stack of four open source projects (Linux, Apache, MySQL and PHP) that run the web as we know it. When it comes to integrating stuff made by different companies, proprietary software is the exception. 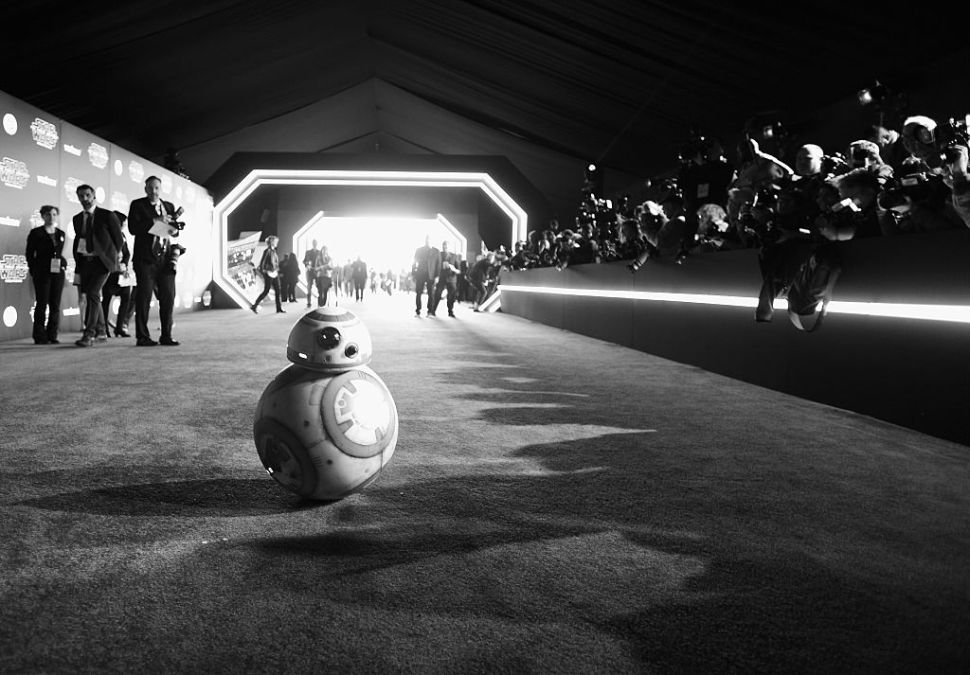