No love for the Giving Tree from Trinity Church.

A sculpture made to commemorate a self-sacrificial tree that protected a historic church from destruction during the 9/11 terrorist attacks is now the object of a federal lawsuit, as the New York Daily News reported.

The Lower Manhattan church commissioned The Trinity Root in 2004 and it was installed the year after. The work, with branches cast in bronze and painted an earthy rust, replaced a 100-year-old sycamore that “miraculously sheltered St. Paul’s Chapel from the blast and debris [on 9-11] and preserved the chapel intact from damage,” according to the News.

But Trinity got a new rector in 2015 who apparently didn’t appreciate the piece. And he also didn’t like how the work attracted tourists to the church’s courtyard. So in May of that year, Rev. Dr. William Lupfer allegedly had the 6,000-pound piece removed without the artist’s consent in the middle of the night.

Now, sculptor Steve Tobin, who made The Trinity Root, is suing the church in federal court in Manhattan. Tobin says he donated about $1 million in time and materials to the project, and he wants the sculpture put back.

Tobin is asserting his rights under the Visual Artists’ Rights Act of 1990, which affords certain protections for artists’ work, even when they don’t own it. As our columnist puts it, VARA gave artists an assurance that “their artwork could not be messed with in some way without their permission, because distortions and destruction adversely affect their careers and reputations.”

As such, Tobin is asking for Trinity to restore the work to its spot in their courtyard, since the installation was intended to be permanent, and for $200,000 in damages.

Of course, maybe in giving itself to the church “the tree was happy.” It’s unclear how the sculpture feels. 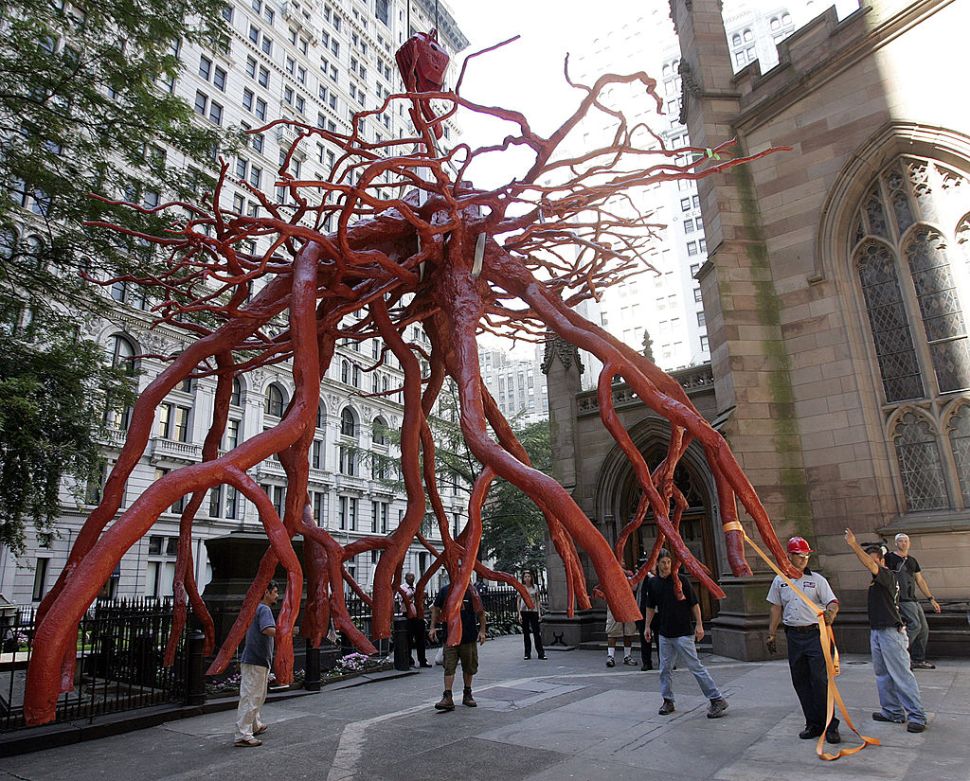