It has been likened to a Ku Klux Klan-like policy but was handed down by former President Barack Obama—and it has further savaged black education.

The “post-racial president,” as Obama was comically dubbed, objected to black students being suspended and expelled more than white ones, and he pursued a textbook radical leftist solution: apply quotas to punishment.

Called “restorative justice,” the idea was to equalize suspensions and expulsions by not punishing transgressing black students, but by having them “reflect” on their behavior and “take responsibility.”

Strangely, with schools that continued punishing students “disproportionately,” ex-Obama Attorney General Eric Holder wasn’t satisfied to have them “reflect”—he threatened lawsuits. (Of course, Holder had already sued the Pennsylvania State Police for treating women equally.) As they say, this should end well.

And it has. As Professor Walter Williams wrote last week in “Educational Sabotage,” citing a report by Manhattan Institute fellow Max Eden, “The results of this new policy are: increased violence, drug use and gang activity. Max Eden examines the NYC School Survey of teachers and students and finds that violence increased in 50 percent of schools and decreased in 14 percent.”

These outcomes were seen nationwide. As Eden reported, a Chicago teacher complained of “‘a totally lawless few months’ at her school”; a Denver educator stated “students had threatened to harm or kill teachers, ‘with no meaningful consequences’”; and an Oklahoma teacher related that “[w]e were told that referrals would not require suspension unless there was blood.”

Again quoting an Oklahoma teacher, Eden also informed, “Students are yelling, cursing, hitting and screaming at teachers…but teachers are being told to teach and ignore the behaviors. These students know there is nothing a teacher can do.” As a Buffalo educator put it, the kids brazenly state, “‘We can’t get suspended—we don’t care what you say.’”

If only states would so boldly ignore federal-government lunacy, education could benefit. But the feds ensure the states’ suffer meaningful consequences for defiance, don’t they?

The hypocrisy is rife. Consider: I grew up hearing leftists actually utter statements such as “punishment doesn’t work.” Yet, their skepticism is selective. When their own emotional ox is being gored—as with “hate crimes,” which they truly hate—then punishment can’t be harsh enough. “We have to send a message!” they’ll proclaim.

Moreover, why did Obama slap sanctions on North Korea and Russia? Why is Germany going to fine social-media sites $53 million for not expeditiously removing hateful posts? Couldn’t we just encourage Kim Jong Un, Vladimir Putin and Mark Zuckerberg to “reflect”?

Leftists also exhibit selective outrage over disparate treatment. For example, whites are suspended more often than Asians, but Obama et al. never troubled over this. Boys are suspended far more than girls, but no one complains of “sexism” and seeks to equalize their punishment outcomes.

Why the double standards? Could it be, just perhaps, that those complaining of prejudice are merely projecting and that they’re driven by prejudice themselves in effecting their one-sided “remedies”?

Insofar as good intentions could drive such schemes, they’re a juvenile variety that paves the road to hell. Consider the attitude subordinating punishment to “rehabilitation.” In viewing a transgressor as a “victim” of society, leftists ignore not only justice for his victims but also that a lack of accountability perpetuating bad behavior ensures future victims.

As Professor Williams wrote regarding Obama’s miseducation scheme, it’s like “a Ku Klux Klan policy that would seek to sabotage black education by making it impossible for schools to rid themselves of students who make education impossible for everyone else.”

In addition, the punishment versus rehabilitation distinction is in a sense a false one.

For proper punishment is rehabilitation.

While punishment alone is never enough—the instilling and modeling of virtue is also necessary—it is part of a formula that, as Aristotle said of the related topic of law, serves to make people good. For when children are repeatedly compelled to act rightly, they generally learn something: It feels better to do good than bad. Then they often start doing good voluntarily.

And those who won’t? That’s why we have military schools and, if worst comes to worst, prisons.

Then, consider the behaviorist thesis’ logic: If all are just victims of environment and upbringing, who could possibly be victimizers? But if there can be victimizers, couldn’t that poor downtrodden criminal leftists coddle be one of them?

Portraying everyone as merely an environment-spawned victim is also dangerous, implying the absence of free will and thus reducing us to organic robots at the mercy of our software (teaching and conditioning) or hardware (genetics). This can justify social engineering to reprogram the automation collective and genetic engineering to improve its design—all orchestrated, of course, by the more-equal-than-others organic robots in their ivory towers.

Also evident here is Equality Dogma’s destructive effects. After all, if everyone were innately equal in every way, performance differences among groups could only be due to discrimination or unequal opportunity. This justifies as “remedy,” again, social engineering.

Moreover, how is it that we can even identify groups as “groups”? It’s only because there are differences among them. We can argue about whether such differences result from nature, nurture or both, but are they really limited to just the superficial? This seems a perspective most superficial.

Yet, reason doesn’t matter to the unreasonable. Leftists will continue reacting emotionally and pushing superficially-analyzed policy as long as it doesn’t affect them. As one liberal Dumbo, NYC parent put it, objecting to a 2015 education diversity scheme, “It’s more complicated when it’s about your own children.” Obama feels the same way—he sent his girls to posh Sidwell Friends School.

It’s easy to be idealistic when you don’t have to live with your ideals. 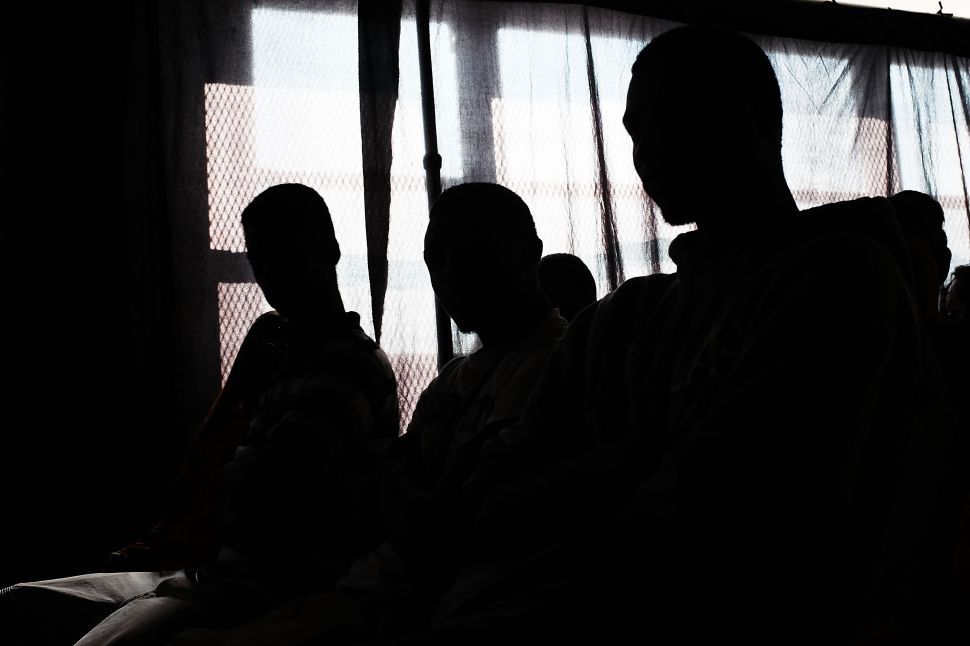