According to a new report, former President Barack Obama is scheduled to speak at a Wall Street conference and will receive $400,000 for his services. The conference is organized by Cantor Fitzgerald, an investment firm that was fined $22.5 million in 2016 for aiding and abetting illegal gambling and $7.3 million in 2015 for selling unregistered microcap shares.

The report was scoffed at by neo-liberals who staunchly defend Hillary Clinton’s ties to Wall Street. Throughout her presidential campaign, she delivered speeches to Goldman Sachs and other banks. Clinton loyalist and former adviser Peter Daou tweeted, “I’d like to hear what @BernieSanders has to say. Will he call Obama corrupt? Will he contemptuously say, “Must be some speech”?” Sanders should, and if he does, he would be right on both accounts. There is no benefit to the Democratic Party or its voters for the party leadership to ingrain themselves with Wall Street firms.

During a speech on April 24, Obama said, “Because of money and politics, special interests dominate the debates in Washington in ways that don’t match up with what the broad majority of Americans feel.” He is right, and people also feel that way because public officials court those special interests immediately upon leaving office. The solution to getting money out of politics isn’t politicians getting paid by financial firms to give a speech, stacking cabinet and advisory positions with former bankers, or accepting millions of dollars of campaign donations from them.

The sole existence of these Wall Street firms is to make the wealthier even more wealthy. Their greed and recklessness devastated the economy in 2008, and they were rewarded with bailouts and bonuses while the rest of the country was abandoned. Goldman Sachs and Wall Street bankers have held top positions in the White House since Bill Clinton appointed former Goldman Sachs board member Robert Rubin as secretary of the Treasury.

Obama was no different. From receiving advice on who to fill White House positions with from a former CitiBank executive to appointing a former UBS president to a board position of the Obama Foundation, Wall Street is a friend of Obama’s. This should be of no surprise, given that the economy has been optimized for the top 1 percent of Americans, while income and wealth inequality has continued to grow and workers’ rights have been scaled back.

Instead of challenging the status quo that perpetuates this growing wealth inequality, Democratic Party leaders like Obama have abandoned the party’s values of fighting for the working and middle class in favor of courting the upper echelon of Americans. It sends the wrong message to voters when the party’s top leaders are giving speeches to the country’s biggest investment firms while the majority of Americans have less than $500 in their savings accounts. No amount of Trump fear mongering is going to compensate for the Democratic Party openly embracing Wall Street after failing to prosecute any big bankers after the 2008 economic recession. 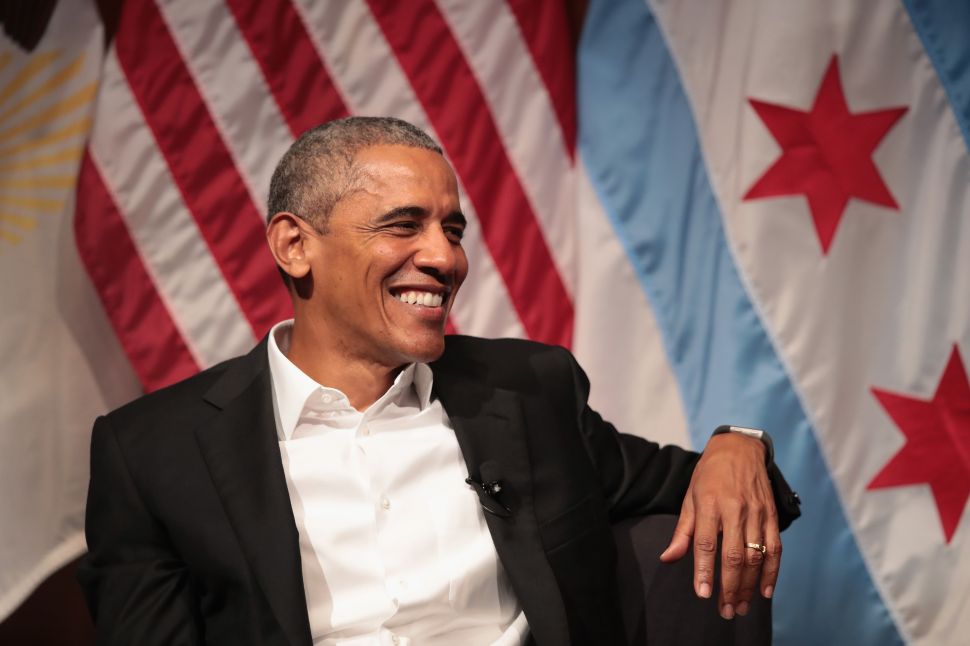