The Berlin Wall, a marker of tragedy, has also become a symbol of the tragedy of the commons.

So many visitors to the famous barrier between East and West Berlin have taken a chunk of it with them, or made a mark to commemorate their visit, that the local government in the Kreuzberg section of the German capital has decided to erect a protective wall for the wall itself, as The Art Newspaper reported.

The stretch of the wall referred to as the East Side Gallery has been designated a heritage site since 1991. But that hasn’t kept tourists from deciding they’re the exception to the rule, breaking off bits of the historical site and regularly adding their own art to the section, which already features a number of paintings. The new outer wall is a way to avoid heavier enforcement, Kani Alavi, head of the collective responsible for maintenance of that section, told TAN.

“We have had several people arrested and taken to court, and we want to avoid this,” Alavi said. “We have tried to protect it using a construction hoarding but that means you can’t see the art.”

An additional wall sounds like a good idea—at least until humanity develops to the point where the can grasp this basic tenet of 19th century economic theory. 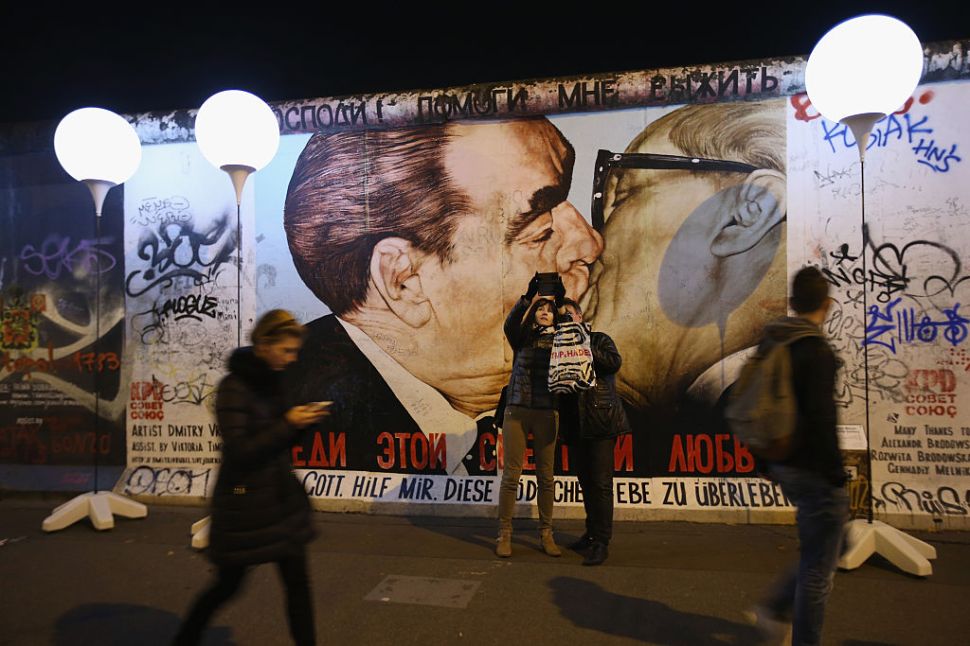