Since the Democratic Party lost the 2016 presidential election, the party’s establishment has suppressed all calls for reform from progressives. Though the party appointed Sen. Bernie Sanders as its head of outreach, most Democrats continue to treat him and his supporters as unwelcome outsiders. In a recent speech, Sanders provided progressives with insight as to how to advance their values against an inept and increasingly out of touch Democratic Party.

“When you have everybody in the establishment against you, how do you move a progressive agenda forward?” asked Sanders during a speech at MIT on March 31. “The answer is you go to the people.” This has been Sanders’ primary strategy during Donald Trump’s presidency; he has led rallies, held town halls, and delivered speeches across the country to mobilize his supporters.

“Our job is not a radical concept. Our job is to organize and educate people around a progressive agenda that demands Congress represent us, not just the one percent. That’s about it. Nothing more complicated than that,” Sanders said. “But to make that happen, we are going to need radical transformation of the Democratic Party. I don’t want to offend anybody, but the Democratic Party cannot continue to be just the party of the liberal elite and people who have money. It has got to be the party of the working class of this country. The Democratic Party cannot just be a party that just does well in New England and the west coast, it has got to be a 50-state party.”

While Sanders discussed why the Republican Party is successful in winning elections across the country, he blamed the Democratic Party for Trump‘s election and Republicans holding a majority in Congress and state legislatures all over the country.

“And he also assumes, quite correctly, that the Democratic Party is extremely weak and incapable of organizing people,” Sanders said in reference to how Senate Majority Leader Mitch McConnell is able to push policies that hurt his constituents with impunity.

But you know what? In many respects, not all, and clearly the Democrats have been much better than the Republicans. But I don’t want anyone here to forget that it was a Democratic president, not a Republican president, who deregulated Wall Street. It was a Democratic president who made the first major initiatives in disastrous trade policies,” Sanders explained in reference to former President Bill Clinton, who enacted several policies that hurt working, middle class and low income Americans. “Let’s not forget that either. So, they’re angry, and they look for an alternative.”

Rather than understanding this dynamic, many Democrats have attacked Trump’s voters, reverberating the self-destructive attitude exemplified by Hillary Clinton’s comment during her campaign that half of all Trump supporters belong in a “basket of deplorables.” Sanders said, “I do not believe in any way shape or form that the vast majority of Trump supporters are racists, sexists, xenophobes and homophobes. I don’t believe that. I think if you think that’s the issue, you are missing the boat big time.”

He also discussed the plight of coal country in rural America, where communities that once thrived with thousands of well paid jobs have been abandoned and these jobs have disappeared with no economic infrastructure to fill the void. “These guys were heroes, going down underneath there, the worst work in the world, and many of them die young from black lung disease…The world has come and past them. Coal is in decline,” said Sanders.

“So, how do you feel if you are 50-60 years old you once had a job. And by the way, a job is not just income. People want to work. They want to feel part of society. They want to be productive.” Sanders noted that severe economic issues in many areas of the country combined with a diminishing sense of community throughout nation—and globally—provides opportunities for people like Trump. “We have got to create community. We have got to make sure that I care about you and you care about me. That I know you are worried about my seven grandchildren, and I am worried about your mother who is ill. When we are a part of that community—not left out—I think that makes us more human and less likely to picking and start scapegoating minorities, because that’s what demagogues feed upon.” 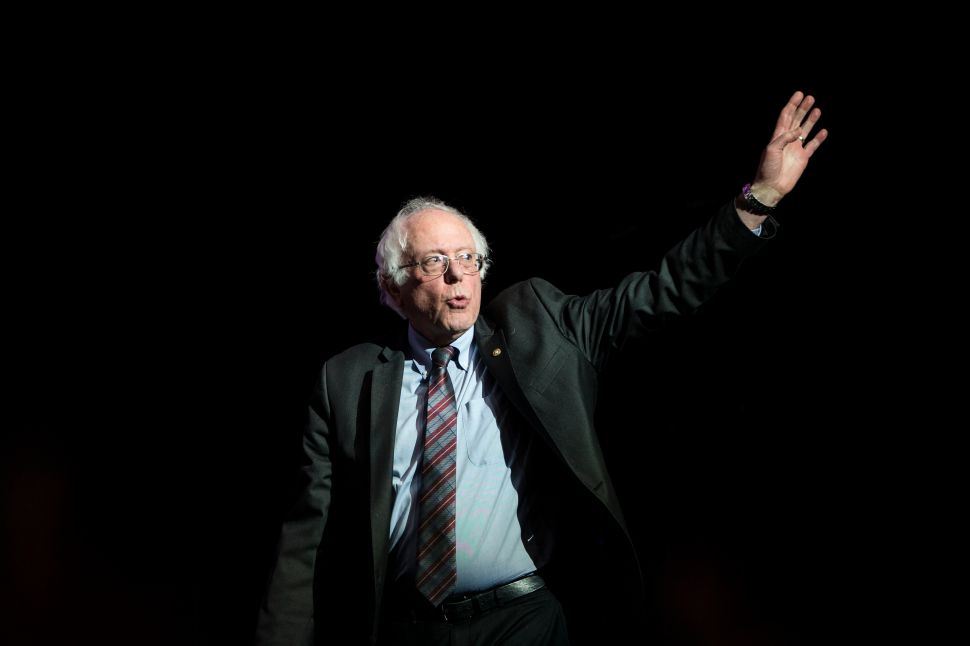