Senator Bernie Sanders continues to be a thorn in the side of the Democratic Party establishment. Despite a constant flow of attacks from Clinton partisans and Democratic Party calls for “unity,” Sanders has maintained some distance from new DNC Chair Tom Perez on their tour across the country. In a joint interview with MSNBC’s Chris Hayes, Sanders stated that the Democratic Party needs to stand up to billionaires, while Perez diverted to talking about Donald Trump. In another recent interview with The Wall Street Journal, Sanders refused to endorse Democratic Congressional Candidate Jon Ossoff, who recently won over 48 percent of the vote in a wealthy Atlanta suburb traditionally held by Republicans.

On April 20, The Washington Post’s Aaron Blake published an op-ed alleging that Sanders’ behavior was strange. By “strange” Blake means that it deviates from the establishment status quo’s preferred behavior of falling in line behind the Democratic Party with nothing but blind loyalty. By asserting he’s an independent, not a Democrat—and refusing to back candidates like Ossoff, who the party’s establishment has showered in resources, money and attention—Sanders is “strange.”

Blake complained that Sanders, while not endorsing or supporting Ossoff, plans to support Heath Mello’s mayoral bid in Omaha, Nebraska—despite Mello embracing a regressive abortion bill. Such criticism, whether simply out of ignorance or deliberately used to conflate policy proposals considered far left, embodies a common misconception—and, at its core, is what unites progressives in Sanders’ political revolution. Though Mello holds some moderate views in a moderate part of the country, he also subscribes to the belief that government is overrun with special interests, wealthy donors, and corporations that have increasingly scaled back and removed the constraints of democracy. Until elected officials begin to challenge this status quo, policies and legislation that sincerely benefit the American people is rarely, if ever, going to be enacted. The Democratic establishment often reduces this common theme among progressives, alleging that complaints toward the Party are “purity tests” from progressives.

In Blake’s attack on Sanders for not supporting Ossoff, he condescendingly called Sanders’ comments “unhelpful” and “threatening to create divisions where none previously existed.” But Blake fails to explain why Democrats haven’t supported candidates across the country that Sanders has been stumping for—including Our Revolution-backed candidate for a city council position in Ossoff’s district, Khalid Kamau, who won his election on the same day as Ossoff’s. Nor did Blake cite any criticisms of Ossoff, despite including one about Mello. If Blake bothered to do any research into Ossoff, instead of simply taking the Democratic establishment’s word for Ossoff being a great candidate, he might understand why Bernie Sanders is apprehensive about pushing for Ossoff’s candidacy.

It set off red flags for progressives that the Democratic Party and Clinton partisans have gone all out to support Ossoff. Democratic partisans are treating his success in getting into a run-off election as the victory of the ages, a sign of a trend that Democrats are going to start winning elections across the country with establishment party insiders. Hillary Clinton’s former Press Secretary Brian Fallon cited Ossoff’s results as evidence that Clinton’s self-destructive campaign strategy of courting moderate Republicans in wealthy suburbs should be the Democratic Party’s road to recovery.  “Even if he doesn’t hit 50 tonight, Ossoff is showing us the path to retaking the House. It runs through the Panera Breads of America,” Fallon tweeted.

Ossoff has been elevated as the face of the Trump resistance to boost the narrative that best serves the establishment agenda—because Democrats can comfortably continue courting wealthy and corporate donors if they can demonstrate success doing so in wealthy districts. Nancy Pelosi personally held a fundraiser for Ossoff. Celebrities came out in full support of him in tandem with the DCCC and support from mainstream media, who gave Ossoff’s candidacy constant coverage. In an extension of the regressive “blue no matter who,” all advocated for Ossoff, based solely on the fact that he is a Democrat.

Ossoff’s campaign has failed to support or address any progressive issues. He embraces a centrist—not progressive—message, that both political parties waste taxpayer money, rather than politicians being corrupt by outside money. Although Ossoff has issued brief statements in support of fighting corruption, his company produced a documentary that served as a propaganda puff piece for Rwanda dictator Paul Kagame in 2014. “With the ghosts of the 20th century constantly following Kagame, his motivations—and justifications—for restricting free speech and civil liberties are clear,” wrote Ari Berman for Harvard Political Review in April 2016. “Even though the genocide is over, Kagame is ruling as if he were still in a war and the people of his country were still in need of martial law.” Corruption can’t be fixed if a candidate isn’t willing to diagnose the underlying causes, and has a history of washing those problems away with public relations campaigns.

It’s not helpful to the Democratic Party’s recovery that their establishment partisan loyalists continue attacking the most popular politician in the country for lending any semblance of criticism of self-reflection for the Democratic Party. The same Democratic leaders who drove the party into the ground and paved the way for Donald Trump aren’t going to render solutions for the party’s recovery. The suppression of all criticism or review of the party’s failure to is indicative of the party leadership’s refusal to cede any power to reforms or change—while pushing publicity stunts like Jon Ossoff’s congressional campaign in hopes to rehabilitate an anti-Trump message. 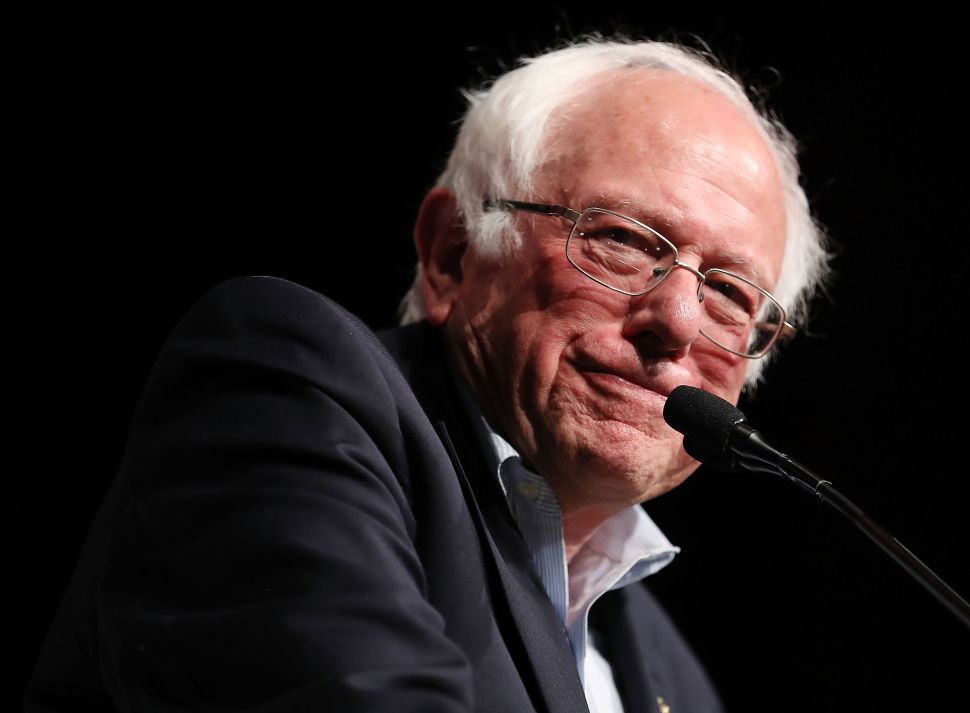