While you were probably focused on Harry Styles Day (4/7) or Kendrick Lamar teasing his new album, only to delay it another week until this Friday, you probably missed the rest of the week’s best new music. Not to worry: we’re here for you. This week, we’re featuring new tracks from Carly Rae Jepsen, Michelle Branch, BANKS, Halsey and The Aces. Listen below, and get away from the day a little bit.

Over the weekend, Carly Rae Jepsen stans went wild for a new unreleased ’80s dance-bop called “Cut To The Feeling.” While the song was supposed to be on E•MO•TION: Side B EP, it’s now being used for a film Jepsen is voicing over called Ballerina. The film will head stateside with the name Leap! And we’re sure no one is complaining about new tunes from Jepsen.

Late last week R&B songstress BANKS quietly released a new single “Crowded Places.” While it may have gone under the radar, if you watched GIRLS on Sunday evening, you probably needed to Shazam the ending song instantly (and you were probably pleasantly surprised discovering it was BANKS).

Halsey fans got not only a new song, but a Romeo and Juliet meets Mad Max music video last week. It’s a dark, dramatic earworm that falls in line with the emotional palette she was going for with “Castle.” If the first single of hopeless fountain kingdom is any indication of what’s to come, we’re beyond excited.

Utah four-piece The Aces is a pop group to look out for. If HAIM and MUNA added a bit more sunny pop to their music, you’d get The Aces. Not only is the band’s latest single “Physical” insanely addictive—it’s a sex-positive single made by young adults for young adults.

Michelle Branch spent the past 10 years in music purgatory, so the release of her third album Hopeless Romantic is a big deal. “Heartbreak Now” is perhaps one of the best songs on the record (though it wasn’t a single) fusing the roots rock spirit Branch showcased on Hotel Paper coupled with her sweet, folky lilt. 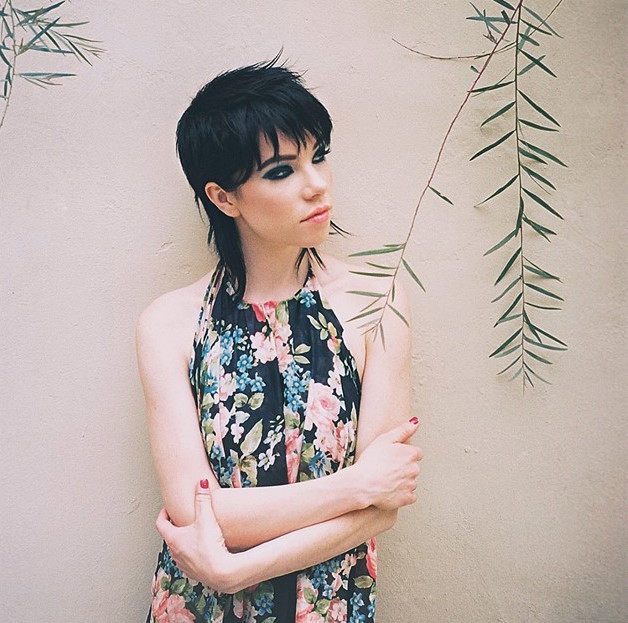