“Say nothing! You understand? Get a lawyer! Get a lawyer.” You want a Better Call Saul mission statement? You got one. It comes courtesy of “Gene,” the sad-sack manager of a shopping mall Cinnabon who witnesses a shoplifter get pinched by security after he reflexively points out the kid’s location to the cops. His instructions, at first shouted impulsively and then mumbled sheepishly, turn him from face to heel in the eyes of his ersatz law-enforcement buddies. That’s an experience with which Gene, aka Saul Goodman, aka Jimmy McGill, is quite familiar. But his words serve as an instruction manual for us as well: “Mabel,” Better Call Saul’s Season Three premiere, is after all the story of two lawyers and a man who says nothing.

The attorneys in question are Jimmy and Chuck McGill, who as far as Jimmy knows are enjoying a momentary truce in their long battle against one another’s mental and moral shortcomings. When we last saw them, Jimmy had confessed to tampering with Chuck’s files in order to make him look incompetent in front of a client he’d wrinkled from Jimmy’s girlfriend and business partner Kim Wexler; the sabotage had caused Chuck’s psychosomatic allergy to electromagnetic fields to spiral him into the hospital and out of a job. Or so it seemed: Chuck’s departure from the high-powered law firm he cofounded and his subsequent cocooning of his entire house in insulation was just a ruse to coax out his kid brother’s confession. Marvelous moments abound here: Jimmy’s desperately jovial attempts to re-ingratiate himself with Chuck through shared, half-remembered nostalgia about their childhood; his later lashing out against an Air Force captain he’d bamboozled last season, now standing in as a surrogate older brother figure; Chuck’s cryptic comment to his partner Howard Hamlin that while Jimmy’s surreptitiously taped confession may be useless in court, it has a hidden purpose of its own; his smirk of triumph when he gets his assistant Ernesto to “accidentally” play Jimmy’s confession, beginning the spread of this reputation-destroying information; the collateral damage done to Kim, whose guilt over what she knows about how Jimmy got her client back from Chuck is manifesting itself in debilitatingly obsessive attention to detail, as if the crime might recur with her as its victim.

Much as I enjoy the misadventures of the Brothers McGill, however, Better Call Saul is still in many ways The Mike Ehrmantraut Show. During Season Two the series more or less split itself in two, with the Jimmy and Chuck stuff chugging along as a quirky and compelling workplace drama and the Mike material nosediving its way toward meth and murder with slow-burn suspense so strong it was almost nauseating to watch. By season’s end my concerns that Mike’s half would overwhelm Jimmy’s were largely alleviated, even though their paths never wound up converging; Jimmy’s accidental destruction of his brother, his shamefaced attempts to put the pieces back together, his confession of wrongdoing, and Chuck’s secret plan to use that confession against him was all dynamite stuff that more than held its own. Now that the show is back, though? Make mine Mike.

There’s plenty of credit to spread around for the Mike sections’ success. Starting at the top, there’s series co-creators Vince Gilligan and Peter Gould, whose script for the premiere allows the man to command much of the screentime while uttering maybe three sentences total. There’s a silence to Mike that leaves it to the viewer to guess what he’s feeling, what he’s thinking, even what he’s doing. That’s certainly the case here, as he spends the bulk of the episode engaged in spycraft that’s never explained. Season Two ended as he prepared to assassinate local drug lord Hector Salamanca, only to be interrupted by the sound of his own car horn and a note left by an unseen interloper reading “DON’T.” Since this happened in the middle of nowhere, and since he was careful enough to determine he wasn’t being visually tailed, Mike determines his car has been bugged with a tracking device. So as the minutes pass, he searches his car. Then he starts taking the car apart like he’s Gene Hackman in a road-movie remake of The Conversation. When no bug turns up, he’s about to give up, until he figures out the one place he didn’t look—inside the plug for the gas tank. And once he finds the tracking device there, his work is just beginning. He places an order for an identical device through the crooked veterinarian (!) who serves as his underworld connection, unboxes it and figures out how to use it, replaces his unknown pursuers’ device with his own new one, runs down the batteries on theirs, and once it’s out of juice he sits by the window at night, cracking pistachio nuts and waiting for them to come and take away what they think is the dead bug after replacing it, at which point they’ll unwittingly have bugged themselves. None of this is verbally explained at all, and all of it plays out at a pace that would make The Americans—a show with a similarly painstaking approach to the drudgery of espionage—say “okay folks, let’s maybe move things along here.”

It’s a stupendous choice for several reasons. First, it aims the spotlight directly at the facial expressions and body language of Jonathan Banks as Mike. As an actor, he doesn’t perform so much as he oven roasts, slowly and quietly allowing the characters skill, determination, ruthlessness, patience and weariness to flavor his every move. Second, it provides composer Dave Porter with a blank canvas on which to paint an engrossing post-rock musical accompaniment, miles away from the jaunty country-western kitsch of the soundtrack. Third, it gives director Vince Gilligan—working here with cinematographer Marshall Adams—the chance to let the visual dimension do much of the talking. Mike’s sections of the show are basically oceans of darkness, surrounding islands of warm yet sickly yellow glowing light in which Mike moves or sits like a castaway; that yellow color beams “CAUTION” at our brains like the lights from a roadside construction project on a rainy night. It’s a powerful contrast with the black and white of the flash-forward opening sequence, showing Jimmy’s eventual fate as Gene the Omaha Cinnabon manager; with the Office Space aesthetic of Jimmy’s 2002-era material; even with the dark wood paneling and bright “natural” daylight that characterize scenes starring Jimmy’s Luddite brother Chuck. It’s tough to think of a series with as distinct a visual aesthetic as Better Call Saul which is also willing to vary that aesthetic so much in a single episode.

Finally, Mike’s slow and steady story gives lie to the claim that Better Call Saul is becoming Breaking Bad Redux. Perhaps Breaking Bad’s magisterial final season (minus that regrettable punch-pulling finale, of course), which moved toward the destruction of Walter White with the grace and grandeur of the inevitable, makes the chaos of that show harder to remember. But from literally the first scene of the first episode of the first season, Walt’s story showed him careening from one calamity to another, creating new disasters to extricate himself from the old ones nearly every time. Mike’s story may involve Breaking Bad heavies like the Salamanca Family and, presumably, Gus “The Chicken Man” Fring; it may have more in common with that show’s violent stock in trade than the white-collar crimes of Jimmy McGill or the mental illness of his hotshot older brother Chuck; but in pacing and in tone it remains a very different proposition indeed. 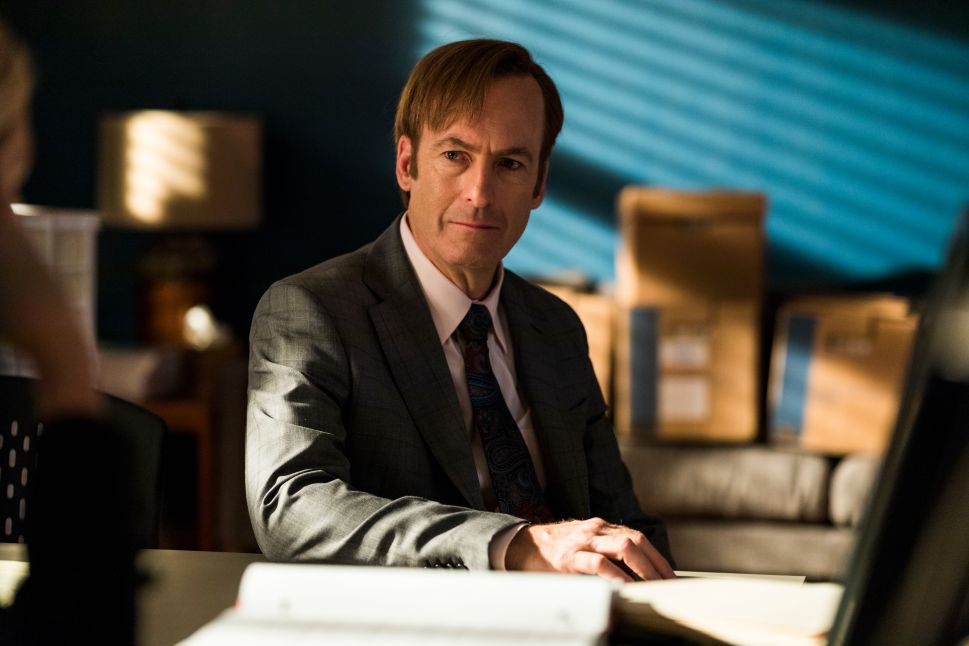