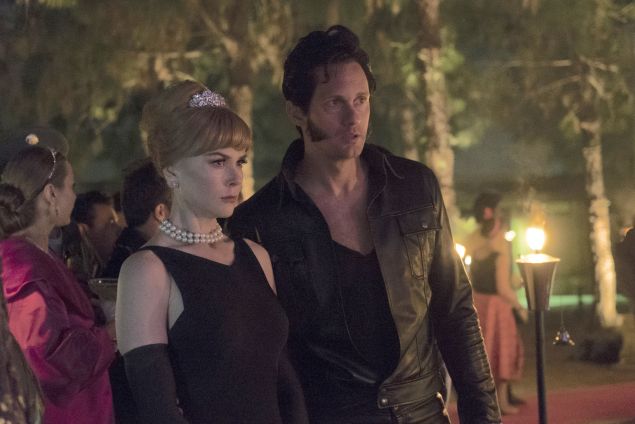 This episode begins with Perry frantically consoling Celeste after, it’s implied, having brutally beaten her. He shoos one of the kids away. Meanwhile, Madeline inaccurately recaps her talk with Abigail: “Live right or go to Hell.”

Madeline confronts Joseph, who tells her she has an inflated sense of moral integrity. Ziggy isn’t feeling well, and Jane finally gets an answer out of him about who’s been bullying Amabella. Ziggy understood that Amabella would be “killed dead” if he snitched, but he tells Jane the truth: it’s Max, one of Celeste and Perry’s creepy twins.

At the coffee shop, Gordon menaces Jane and threatens her with a lawsuit. The owner, Tom, kicks him out. Tom confesses he’d been trying to come up with a way to impress Jane, who’s surprised that he’s straight. Tom takes two big risks in this scene, almost as if, off-screen, he’d decided for whatever reason to go for broke. I wish we knew what it was.

Nathan tells Madeline that Abigail has been acting out because of the divorce. One of the witnesses says it’s crazy that more blood was not shed on trivia night. Celeste packs and recalls the violence from earlier. The editing is interesting in these scenes– you rarely see him raise his hand, instead we see what happens immediately after. It seems to me that the former would be way more painful to watch and push the show over the edge.

Jane tells Celeste about Max. Celeste says to Max, “You’re not going to get in trouble, but I need you to tell me the truth.” Which is a pretty light sentence for strangulation. Madeline continues confiding in Abigail. Abigail has abandoned her project because she realized it was only for attention. The dumbest subplot gets resolved with all the drama that it deserves.

Renata wishes Gordon hadn’t intimidated Jane. She believes she is vilified for being a mom and a CEO. Buddy, you’re tellin’ me. Jane is going with Tom to the dance. Even the crossing guard at the event wears gold Elvis shades. Ed shaves and goes as Hawaii movie Elvis. Madeline is sleep-shirt-and-mask Breakfast at Tiffany’s Audrey. Nathan is Jailhouse Rock Elvis. Nathan sucks but I think this is a cool choice. Ed notices the tension between Madeline and the Bachmans, Joseph and Tori.

Perfectly calmly and right in front of the kids, Perry tells Celeste that her property manager called. Who do you think is going to kill who at this point? Joseph kind of threatened Madeline earlier. Any number of people seem to want to kill Jane or Renata. Nathan vs. Ed seems pretty likely. Perry kind of has to die. But in this moment, a mega-sad ending is shaping up. Perry is at the height of his powers and fully in control. He could murder Celeste right now.

Celeste tells Perry that she had planned on just leaving without saying anything while he was away. The costumes add a surreal edge to this scene especially, because the two of them really look like movie stars of a bygone era. (Also, they’re being played by actual movie stars, of course, but that’s the last layer you think about). She tells him about Max. He locks the door of the car. She addresses the ways in which the domestic violence– supposedly not seen by the kids– must have affected them somehow. Renata and Gordon appear in the window like gremlins.

Bonnie gets to sing. “I’m sure the room is full of erections,” Madeline says. “Yeah,” Ed says admiringly, without seeming to notice Madeline was being sardonic.

Ed performs “The Wonder of You.” Bonnie cheers. It’s a touching performance. Madeline is clearly having a crisis, and when Bonnie approaches her to say how great it was, Madeline runs off to a sectioned-off area that’s clearly up high and on the edge of something. Jane runs after and Madeline tells Jane about the affair.

Celeste hurries through the red carpet and can’t find her friends. The effect of this torch-lit rush is anxiety-inducing, even if you more or less know how this ends. Creepy David Lynch-style music plays as there’s a break in the entertainment. Perry catches up to Celeste. Ed searches for his wife, who he just sang a heartbreaking ode to, and Nathan continues being a dick to him. Ed calls him on the slight and they almost fight, until someone knocks Ed’s drink onto Bonnie. Bonnie catches a glimpse of Perry running after Celeste and seems to recognize immediately what his whole deal is.

Perry finds Celeste with Jane, Madeline and Renata. Something clicks and Jane recognizes Perry as her rapist, Ziggy’s father. We flash forward to the aftermath of Perry’s death.

The main characters get interrogated and seem to corroborate that Perry fell off the ledge by accident. “I’m so sick of these fuckin’ lies,” says one investigator, which is pretty close to “I have had it with these big motherfuckin’ lies and these little motherfuckin’ lies!”

Everyone looks appropriately somber at Perry’s funeral. Then the kids and the moms play on the beach. Then we find out what really happened: Perry went for Celeste, and the women all fought him together, then Bonnie appeared and knocked him down the stairs. The resolution that they all decided to cover this up reminds me of an old Conan O’Brien sketch, which ends with Conan killing someone, then threatening the bandleader, Max Weinberg, into agreeing not to tell anyone. Then he says, “You didn’t see anything, either, did you?” to the rest of the band, then to the studio audience, who all shake their heads no, then to the audience at home, and the camera moves back and forth as if saying no as well.

The last shot shows the women and children on the beach through a binocular lens. I don’t know what this means. Maybe the sinister male gaze is always out there. Maybe this show has been, for all its over-the-top qualities, presented as a slice of life, stuff that can happen to rich people and poor people alike. Maybe it’s the judgy gaze of the townsfolk they’ll never escape. The episode is called “You Get What You Need,” and “You Can’t Always Get What You Want” plays at the end. It applies to the characters, of course: Jane wanted a normal life, but a traumatic event ended any chance of that. Everyone wanted to have a chill time at Elvis and Audrey, but no way was that happening. Perry wanted to live, but he needed killin’.

But it’s also true for us. An audience for a murder mystery can’t always get what it wants. The ending is a little too neat, doesn’t live up to the darkness and murky exposure of hypocrisy and sin and guilt we’ve been wanting all this time. It slights the rest of the show.

At the same time: Madeline and Ed’s relationship still sucks. Many of the characters are still jerks. The creepy twins have no father. And Bonnie has killed a person and gotten away with it, which is how some books begin. It’s too messy to be a mega-happy ending, and a super-dark ending would have been mean to the audience. You can’t always get what you want.

This has been a phenomenal show, though. It improved on the book in every way, adding imagery and life where there had been kind of perfunctory and stiff prose. This whole climax and resolution were almost entirely silent, which is all it needed to be, in contrast to the ton of dialogue and exposition at the end of the book. Maybe we can hope for another Vallée / Moriarty / Kelley collaboration sometime soon. 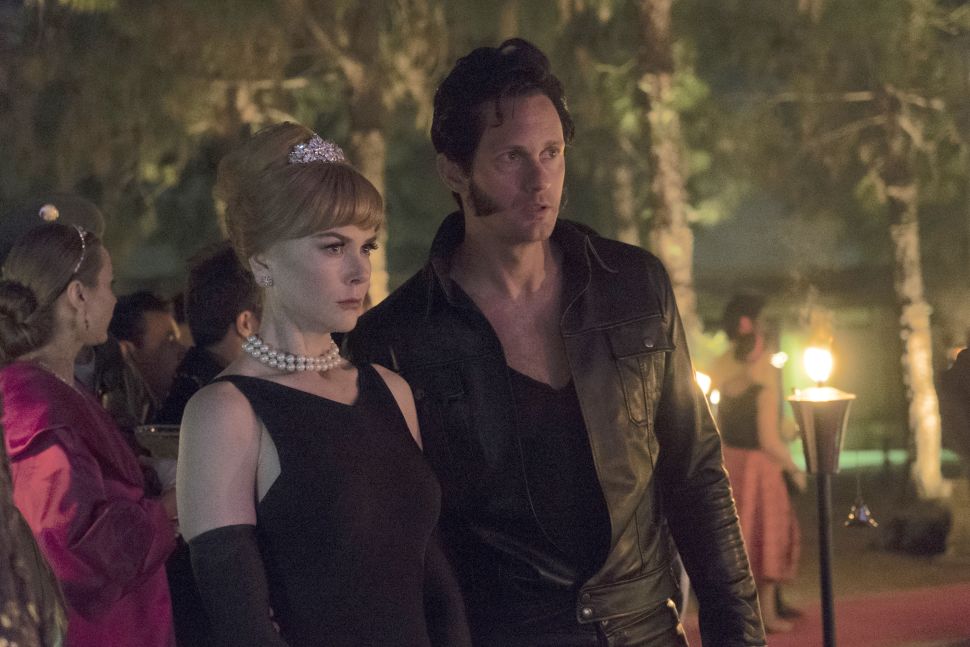