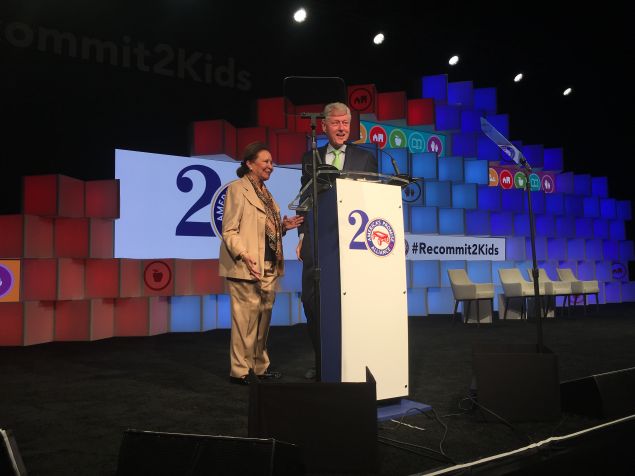 Former President Bill Clinton took an apparent jab at President Donald Trump over his controversial immigration policies in a speech this morning—asserting that diversity is the United States’ greatest strength, and that it will define the “promise of America” going forward.

Trump’s aggressive immigrant enforcement agenda has included two executive orders barring entry to people from Muslim-majority countries—which federal judges have temporarily blocked—and others subjecting foreign nationals accused of any crime to detention or deportation. And the Washington Post recently reported that the Department of Homeland Security is looking to expedite the hiring of additional Customs and Border Patrol officers, acquire more detention beds and pinpoint the best location for Trump’s border wall.

Clinton, whose wife Hillary Clinton lost the presidential election to Trump in November, said that “none of us are born in a log cabin we built ourselves,” that people “learn things” and either develop—or do not develop—”positive” habits that take them from one point to another.

“Along the way, we form an identity, which is either inclusive or exclusive, and we decide consciously or we just fall into the idea that we’re happiest around all different kinds of people,” the Democrat said at the America’s Promise Alliance “Recommit to Kids” Summit this morning. “Because we think what we have in common is more important than our differences or the idea that our differences matter a whole lot more and we wanted to find our futures against things.”

Clinton noted the chaos and repression that exists in different parts of the world, but suggested it falls upon the United States to offer sanctuary and succor. Trump recently bombed an airfield belonging to Syrian dictator Bashar al-Assad in retaliation for human rights abuses, but has sought to deny entry to refugees fleeing the war-bloodied Middle Eastern nation.

“It’s important not to over-simplify,” Clinton continued. “Anybody with a pea for a brain is against mass murder, against the oppression of girls and brutalization of girls and women and the commercialization of their lives, against a lot of things that is nonetheless going on. But how you respond to that will define you during promise of America and how the world goes forward.”

Clinton pointed to Japan, a country that has “always been loath to take immigrants,” as a counter example to the United States. The Asian nation, Clinton said, will experience a significant drop in population as a result, which will stop it from “being a beacon of hope.”

Although he said that he did not want to “get into current issues”—and did not mention Trump’s name at all throughout the speech—he reiterated that the United States’ diversity is one of its key assets.

“I say that because look around this room,” Clinton said. “The thing that makes this country special is that America has not been about being in a certain race, it’s being about whether you join the human race. It’s the more perfect union if always broadening the definition of them and manifesting it through the kinds of projects that are done here.”

He said that he believes that former Secretary of State Colin Powell—who founded the alliance—and his wife Alma Powell, who serves as its chairwoman, understood “both subconsciously and deliberately” that “our diversity is a great opportunity.” The moderate Republican couple, he said, understood that not all individuals of the same background had the same opportunities that they had.

“Across party lines and political philosophy, we always seemed to have a fundamental understanding that societies and economics are about addition, not subtraction—about multiplication, not division,” Clinton said.

The former president supported some tough immigration policies while in office, including the 1996 Illegal Immigration Reform & Immigrant Responsibility Act, which heightened and tightened border security and rules about employing unauthorized arrivals to the U.S. 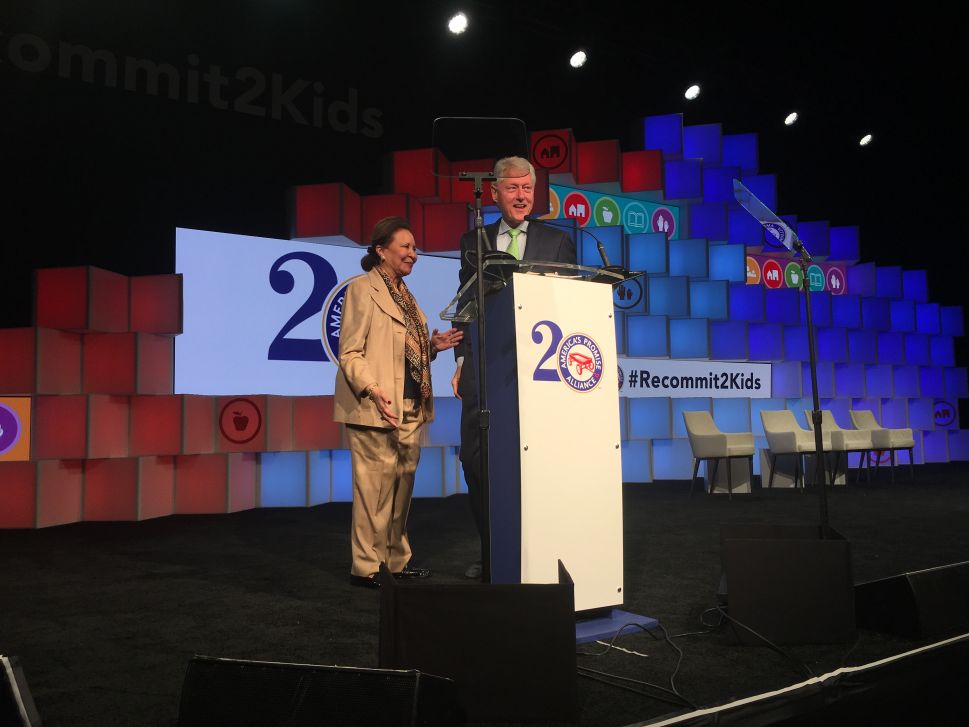