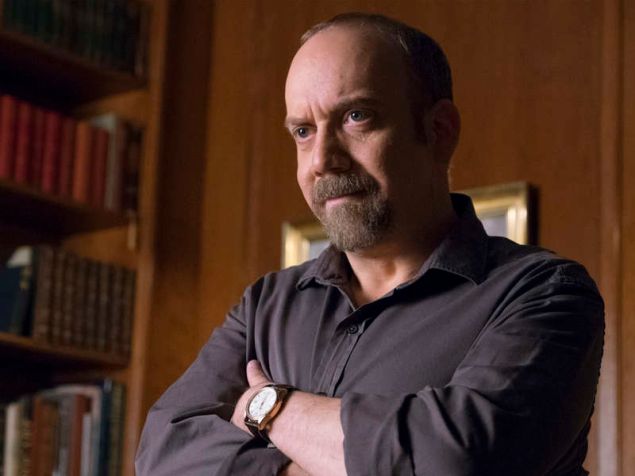 You can’t swing a gatefold Dark Side of the Moon album cover without hitting a TV music cue meant to BLOW YOUR MIND these days. What a joy it was, then, to stumble across a needle-drop on Billions meant to do nothing more and nothing less than make you crack up? The honor goes to “Sex and Candy,” the ‘90s alt-pop staple from Marcy Playground that turned lust into something that sounded sleepy and skeezy and, well, smelly. In that sense, it’s perfect for the sex scene it soundtracked: a poolside oral tryst between the Axelrods’ skeezebag personal chef and his tattooed lady friend. But did Billions start the song when it first cut to these two hardbodies getting it on? Hell no—those first “only ‘90s kids will remember” notes rang out, incongruously and ironically, over Chuck Rhoades and his son Kevin and their football, posing for the all-American photo shoot intended to launch his political career. The moment I recognized it I started literally lol’ing. Deflating Chuck’s pretensions to righteousness and segueing into the show’s filthiest romp so far this season (Wags’s tattooed ass notwithstanding)? Take fucking notes, Legion and Stranger Things—that’s how music direction is done.

And as far as the kind of “the part stands in for the whole” moments that we TV critics can’t get enough of, it’s almost too good to be true. Directed by John freaking Singleton and written by Alice O’Neill and series co-creators Brian Koppelman and David Levien, “Victory Lap” is the episode in which this extraordinarily, improbably entertaining season of Billions rips off the capitalism scab to reveal the exploitation pus beneath. Until now, Bobby Axelrod has been contemptible mostly for, well, being richer than God and not having the decency to be ashamed of it. He was Chuck’s white whale not because he was uniquely criminal or reprehensible—plenty of guys do what he does, as the characters played by Jerry O’Connell and Danny Strong make plain—but because he was uniquely talented. Now, however, he’s driving around in his banana-yellow Ferrari while ordering his minions to tear a working-class town to pieces for a generation. And for what? So that his stupid hedge fund can have another up quarter? So that his equally loathsome wife Lara can gorge herself on more heels and lingerie and Horatio Alger bullshit? So that he can score points in some bizarre mind game against Wendy Rhoades, whose disapproval he knows he deserves yet still resents? There’s a word for a system that lets predators like Bobby stock his driveway full of a fleet of luxury vehicles while he deliberately ruins the lives of thousands of strangers, and it’s one you can read on the face of his pizzeria-owner buddy when he pulls into the place: obscene. (Actually, there’s another word—capitalism—but I repeat myself.)

Bobby’s conscious decision to despoil the town of Sandicott in order to recoup the losses he incurred for investing in it only to have its casino deal go south (courtesy of Chuck Sr.) is the most striking part of the episode, for sure. It shares the honor with the sociopathic justifications provided by his wife Lara, his employee Taylor, and the astroturf-campaign consultant he brings in to package the imposition of austerity in the town to the public. Lara comes from a blue-collar background just as Bobby does; Taylor is gender-nonbinary; the ad whiz is a black woman. The grimmest idea offered by the episode is that these people aren’t advocating for this evil course of action despite their background in oppressed groups, but because of it. Internalized oppression, denial, revenge: Call it what you will, but the end result is a rainbow coalition of indescribably rich people fucking the poor—neoliberalism in a nutshell.

But Billions is doing so many things so well right now that it’s tough to keep track of them all. How do you factor in the hilarious way in which hapless Axe Cap employee Mafee flees when Bobby storms into his therapy session with Wendy, when he’s paranoiacally (and a bit racistly) worrying that his girlfriend will run off with his buddy Everett? “We were just shootin’ the breeze, catching up,” he assures his boss as he vacates the room as fast as he can. What about Wendy’s marvelously sexy booty call to James “Not great, Bob!” Wolk’s character, which she inaugurate with a stiff drink in a hotel room and wraps up in a sad conversation with Chuck at their still-shared house the next morning, when he more or less catches her in a walk of shame? How about the staging of Chuck’s lunchtime confrontation with Bryan Connerty about his restless underling’s betrayal—a steakhouse scene shot in such a way that the gigantic painting of a tiger (law of the jungle and all that) behind them isn’t revealed until after Rhoades shatters Bryan’s dreams of becoming Head of Crim? How about Bryan’s subsequent confrontation with his old professor and Bobby’s current lawyer Orrin Bach—staged in a barber shop so they can spend the bulk of the conversation looking at their reflections rather than themselves. Or what about Toby Leonard Moore’s delivery in that scene, the way he slurs his speech just slightly, as if he had to get drunk in order to work himself into a rage against his former mentor, even though the script never mentions it explicitly? Or what about the similar confrontation between Bobby and state senator Joe Scolari (a perfectly dead-eyed Sean Patrick Reilly) who stonewalls him with increasing fury the more Axe pushes him on why the casino decision went the way it did? This show is a wunderkammer with a very dark treasure indeed buried beneath all the wonders. 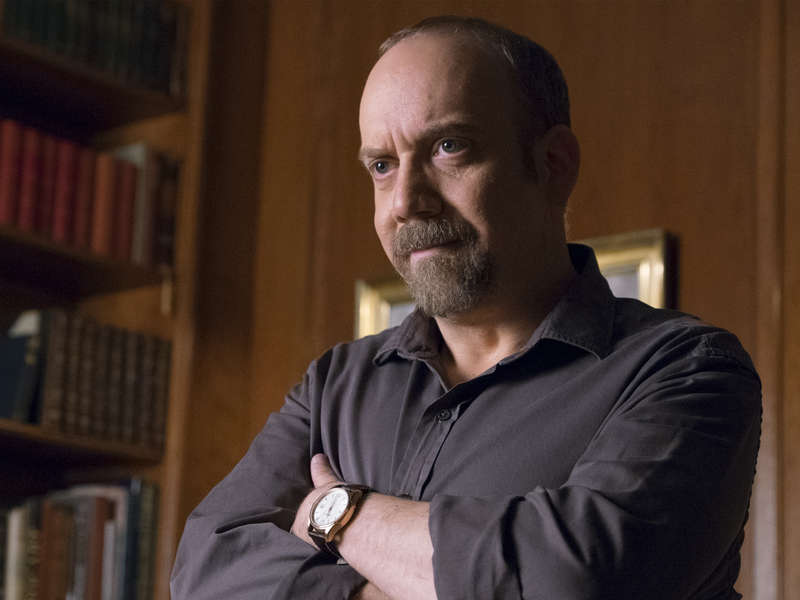