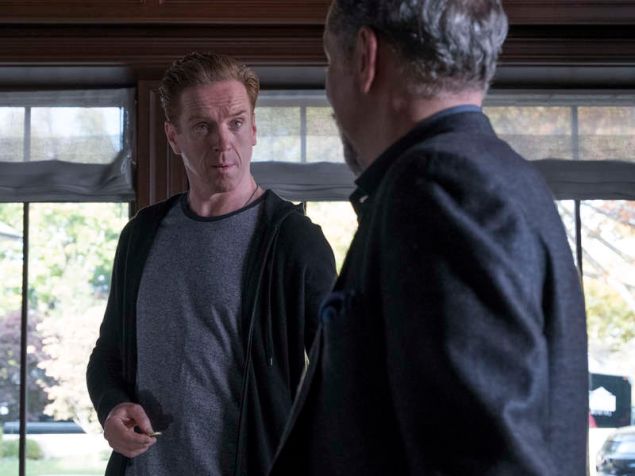 Bobby Axelrod’s personal fortune would shame a Roman emperor’s. Shouldn’t his memento mori be equally upscaled? “Sic Transit Imperium,” this week’s episode of Billions, begins with his right-hand man Wags’s delivery of a birthday present: “The Arc,” a secure facility for billionaire survivalists and their families to hole up in the event of armageddon. The key comes in the shape of a fake Roman coin, “So goes the Empire” written on one side. L’état, c’est Axelrod—if he goes, the world goes with him.

But the episode ends with Bobby declining the gift. “I’LL NEVER ACCEPT THIS” reads the note that accompanies the coin-key he sends back to Wags in lieu of attending his own birthday party. The idea is that Bobby sees through it all. Sure, he’s obligated to do at least a little pro forma legacy-building and image-burnishing, as he does when he hires a “stuffed shirt” to direct his charitable efforts to the tune of $500K a year. But a lavish birthday party where his loyal subjects pay him homage and celebrate all they’ve built together? A luxury doomsday bunker so he can ride out the apocalypse in style? Avoiding a sure thing involving a soon to be scandal-plagued car company over paltry, mortal-human concerns like “it’s illegal” and “the tip comes from an ex-employee with an act to grind”? The hell you say! Attempts to ensure a smooth and safe future are a waste of his time and talent. As he says to Taylor in one of the episodes many surprisingly sincere exchanges, “The moral of the story is you get one life, so do it all.”  Sic transit imperium can take a back seat to carpe diem.

But Bobby’s so busy doing it all that he’s missing a lot. We’ve already seen the consequences of his decision to fire Stef Reed, his designated conscience: The Sandicot casino deal he made blew up in his face, then he blew up in Chuck Rhoades’s face at the Yale Club. Now Stef is snitching to Chuck’s office. This wouldn’t be that bad—after all, the point of her job at Axe Cap was to prevent illegal activity from going on in her presence—but for the fact that the one name she has to give, Victor (the striking actor Louis Cancelmi, returning from last season), is precisely the ex-employee Bobby’s getting back into business with in order to pull off the shady car-company swindle. Meanwhile, his advice to Taylor itself proves ill: In encouraging them to take a private jet to their sister’s wedding, Bobby simply paints an even bigger target on Taylor’s back for the feds, who’ve been tipped off to their rising-star status by Stef.

What about blowing off that big party? For starters, he does so in part to make that deal with Victor. Next, he misses Wags’s heartfelt toast their friendship—even if all the Axe Cap bros think Bobby’s the shit for having the stones to skip his own birthday party, you get the sense that both he and Wags would be psychologically better off had he been there to hear the speech. Most importantly, he’s so high on his own swagger that the fury and hurt of his wife, Lara, sails completely over his head. In a classic “Character A lies to Character B about Character C, then Character C unwittingly reveals the lie to Character B” setup, the bullshit story Bobby cooked up to placate Lara about Wendy Rhoades’s return to the firm gets torn to shreds when Wendy, quite oblivious to Bobby’s deception, tells Lara she insisted that they no longer see each other in session, not the other way around. As Lara, Malin Akerman practically radiates “fuck this” in visible waves during her subsequent scenes with Damian Lewis’s Bobby, yet extraordinarily perceptive man is blind to it completely.

Not that a relentless focus on the future is any sort of guarantor of contentment or success either. With his eyes planted firmly on the governorship, Chuck is persuaded by his patron Black Jack Foley to drop the promising Sandicot casino investigation. The fallout, from costing jobs in a different upstate town if the relocated casino gets mired in scandal to exposing the involvement of Foley and Chuck’s dad in the behind-the-scenes scheming that cost the Sandicot the casino in the first place, is just too costly. But the people of austerity-stricken Sandicot are paying an even steeper price, and now Chuck’s turned his back on them.

But Axe remains too tempting—and, once Chuck learns via Stef that Bobby bought his signed Winston Churchill books just to spite him, too infuriating—a target to resist. With Sandicot off the table, it seems like Chuck has decided to deliberately plant something else as bait: a beverage-company IPO that stands to make his friend and lawyer Ira and his father Chuck Sr. very rich (or even richer) men. Exactly what Chuck’s doing here is unclear, but watching him seize upon his pal Ira’s dream business and hawk it to his dad with such transparently duplicitous motives put me in mind of the moment he opened Wendy’s laptop and went through her patient files last year. Chuck’s not a backstabbing prick all the time, or even much of the time at all, really—just enough of the time to really screw things up for himself and the people who care about him. Maybe that’s the difference between him and Bobby: Chuck sometimes can’t help but screw up; Bobby can help it, but chooses to screw up anyway. 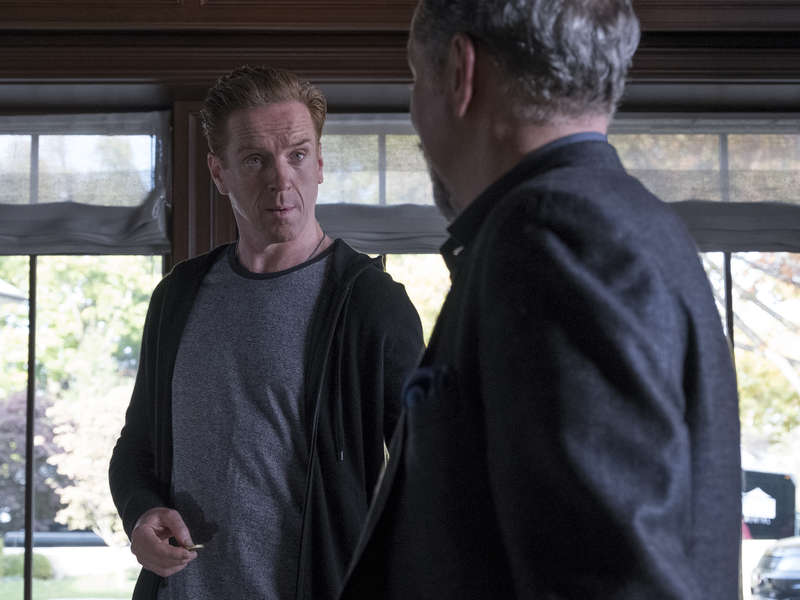