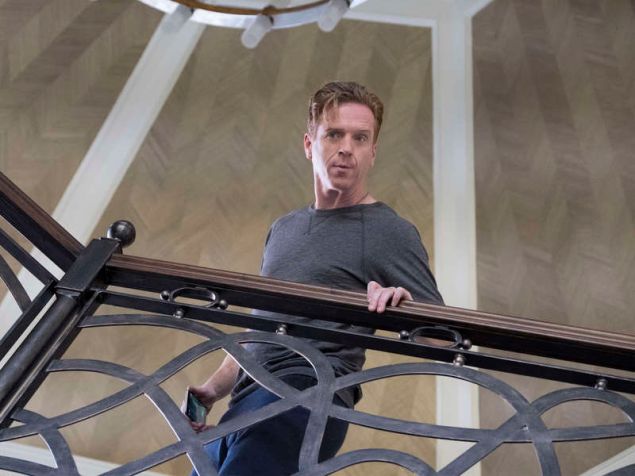 Bobby Axelrod has come undone. For my money, this week’s episode of Billions (“With or Without You”) gives us a more convincing glimpse of the damage he can do in crisis mode than when he destroyed his own office building to look for nonexistent bugs last season. Bobby spends the episode in near-constant motion, driving and walking and pacing and flailing around in the search for Lara. A lot of shows waste time on their characters’ perambulations as a misguided matter of course; Billions shrewdly instrumentalizes them, giving the show the pacing of a thriller and making Bobby’s physical movement a metaphor for his racing and restless mind in his wife’s absence. And by making his first trip of many a visit to Wendy Rhoades in which he uses his sinister private investigator Hall to strong-arm her off the street and into his car (!!!), the show demonstrates just how far he’s willing to go.

Actor Damian Lewis is no stranger to playing characters who are so tightly wound and terrified they could snap at any moment thanks to his show-defining stint on Homeland. Here, he does his best work since that show’s darkest moments, slowly but surely revealing himself to be an abusive, controlling, contemptuous creep in a series of increasingly unhinged voicemails to Lara. He starts out upset, but not necessarily unreasonable; he may spend a bit too much time trying to shame Lara into regretting her snap decision to bolt rather than talk it out and to take the kids in the bargain—and a bit too little time actually apologizing for his role in prompting that decision—but he at least seems like someone she could have a conversation with were she calm enough herself. He shifts into remember-when mode (proving Tony Soprano right once and for all), comparing his feelings for her when they first met to “the thunderbolt” that hit Michael Corleone when he first laid eyes on his mild Sicilian dream girl Apollonia in The Godfather, then fast-forwarding to a trip they took to Paris where they couldn’t even bear to get out of bed long enough to stop “With or Without You” from playing on repeat.

But both of these fond memories are inverted with gut-punching force later on: “Apollonia got blown up by a fucking car bomb,” Lara points out to Bobby with appropriate venom when he repeats the comparison upon her return, while the iconic, romantic U2 hit plays as he surreptitiously deletes all the angry messages he left her while her phone was off over the course of the day. Good thing, too: By the end of it all he was screaming into the phone about how he was gonna teach her a lesson, how he could “operate you by remote control with a flick of my fucking finger,” how he shouldn’t have passed up the countless opportunities he had to fuck other women if this was all the thanks he got. Watching all this play out, you can see what Chuck Rhoades likely sees every time he looks at the guy: an entitled menace, with limitless resources to back it up.

Still, don’t get it twisted—this is not Chuck’s finest hour either, despite appearances to the contrary. Sure, he’s funny and forthright in his conversations with the improbably named George Minchak, a somewhat more genteel Hall equivalent played by Mary Louise Parker and employed by éminence grise Black Jack Foley to vet his pet political candidates. One of the points of this role is that Minchak is preposterously attractive, which needless to say Parker nails, but aside from one slightly too long look at her bare feet Chuck is every bit the gentleman his dad is not. (“Tight little body.” “Dad!” “Hey, she’s not vetting me…”) Of course keeping it in his metaphorical pants is a very low bar for any man to clear, but as Chuck acclimates to her process he reveals painful information about getting bullied in prep school—and the revealing story of how he took revenge against the ringleader by “accidentally” shattering his jaw with a bad swing of the bat in a baseball game.

That’s the part of the story to keep your eye on here, the part that really says who Chuck is, or at least who he can be. Even as his dad helps his burgeoning political career (in his own venal way, of course), Chuck has set in motion his ruination, as well as his good friend Ira’s. Thanks to a jailhouse tipoff from incarcerated banking titan Larry Boyd, who heard rumors from his former coworkers, Bobby is now on to their goofy Ice Juice IPO and is preparing to bleed them dry out of that same vengeful instinct—exactly the bait Chuck wanted him to take in order to catch him riding dirty. The show is smart enough by now to underplay this point; it just sits there quietly in the corner, waiting for its moment to fuck things up.

Need more evidence? Think of how Chuck spends the bulk of the episode, effecting a rapprochement between himself and Wendy. This is not a result of manipulation, mind you, since both of them seem equally ready for it to happen; Chuck may have tracked down the chef from their now-defunct favorite restaurant, but Wendy gets in touch with him just to have a comforting presence around after her run-in with Bobby and Hall. When they decide to skip couples counseling for a dinner out, they’re like two kids playing hooky. They’re both open and honest and charming and complimentary during dinner, but at the end of the night Chuck drops her off at the house and she leaves the car happily; neither of them was trying to force a real romantic or sexual rekindling. That happens more or less organically, and in the fashion to which they’d grown accustomed: Wendy calls Chuck up during his ride home and literally orders him to return, whereupon she appears in full domintatrix gear for a healthy session of BDSM. As always, the show does not present their interest in kink as a sign of dysfunction—it’s just what works for them, even when, or perhaps especially when, they’re feeling their most tender toward each other.

The parallel is brilliantly executed by Willie Reale’s script, and director Ed Bianchi brings the prestige-TV classicism he honed on The Wire, Deadwood, and Boardwalk Empire to the episode’s simultaneously romantic and paranoid split narratives. I mean for crying out loud, this is an ep where Toby Leonard Moore’s Bryan Connerty and Asia Kate Dillon’s Taylor Mason—two of the show’s most understated performances and empathetically earnest characters—can square off and it feels like a side dish rather than the main course. As both Chuck the hazing victim and Chuck the sub might say, thank you sir, may I have another? 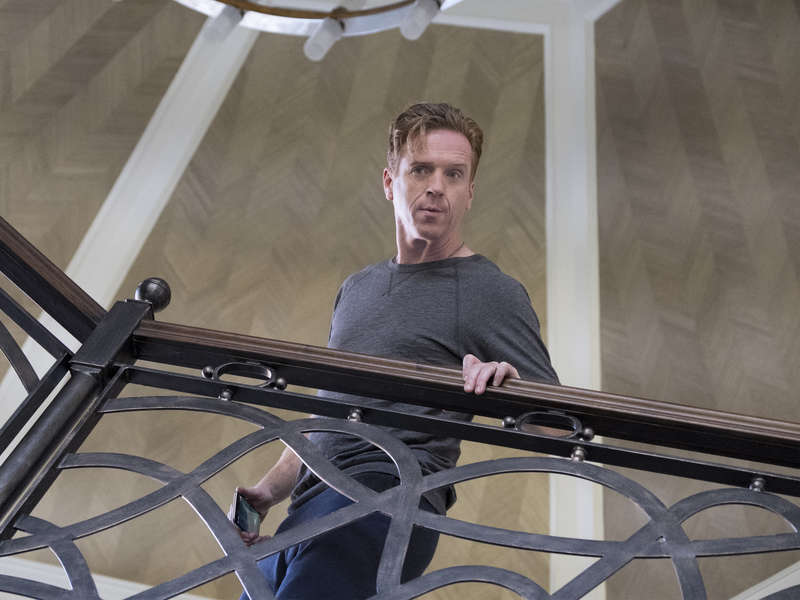