Activists rallied in front of City Hall to call on the city, state and nation to address the issue of violence against sexual minorities and anti-black attitudes, particularly bringing light to the issue of missing black women.

Jawanza Williams, youth organizer for VOCAL New York, said he feels that there is “no urgency in the way our government and our communities are responding.”

“This is not some metaphorical phenomenon that’s happening,” Williams said. “This is real people experiencing real corporeal violence.”

He spoke of the recent uptick in bias crimes against LGBTQ individuals, including a recent attack on two transgender women in Jackson Heights, Queens last month.

Like many New York pols, Williams blamed such incidents on “totalitarian, fascist” President Donald Trump. The only response activists could make, he argued, was to protest and call attention to hate.

Another issue raised at the rally was the disappearances of minority girls in Washington, D.C., a concern that proliferated through social media last month, though statistics indicate there has been no real spike.

Legacee Medina, Housing Works’ Advocacy Client Liaison and founder of Legacee Kares, a resource app for homeless youth—herself a former homeless youth and runaway—claimed the NYPD handles missing persons cases differently based on the color of their skin and the neighborhood from which they vanished.

“They show up and say things to our parents like, ‘Oh, don’t worry about it, they’ll be back’ or ‘We can’t take it until 24 hours later’ but if you go in a different neighborhood and the person went to Juilliard and they happen to just be jogging in Central Park, it’s just amazing, the news coverage that you get for days and weeks and months,” Medina said.

Nick Faust, who handles graphics and visual tactics for Act UP New York, said that there’s this “corrosive anti-blackness” and that a lot of whites do not “understand how that actually affects them” and that people “just think it’s not their problem but it actually is their problem.”

On Sunday, Black Lives Matter of Greater New York will lead activist groups, churches, youth and faith-based organizations across the city to march in solidarity to raise awareness about the 64,000 black girls—which the Black and Missing Foundation reported in 2014—missing across the United States. 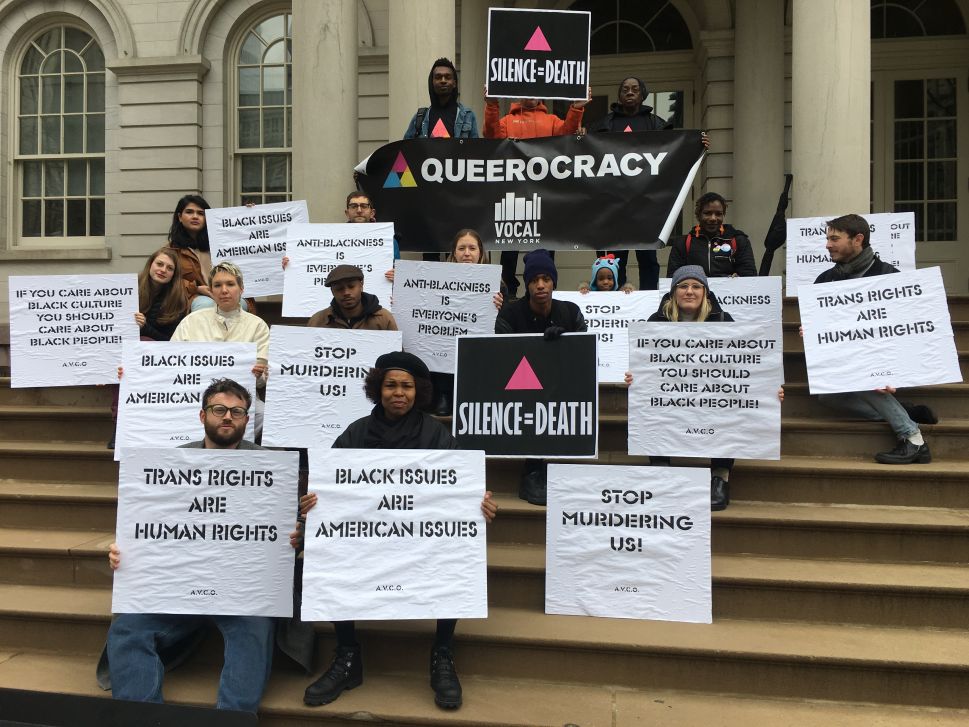