The notion of art went up in smoke today, when the National Liberty Museum in Philadelphia opened a museum show of glass art, or what the rest of us call “fucking bongs.”

“The Treachery of Images,” up this month, features over 50 handmade bongs from 20 of the biggest “glass artists” in the U.S., as Fox News reported. It’s the first time anyone’s had an all-bong exhibit, the report said.

One piece, dubbed “Freija,” is an intricate, carved work that still looks like a tacky Vishnu after you’ve taken mushrooms. But it’s also likely to be worth about $250,000, per Fox.

Museum brass swear that this show is about art made from glass that happens to be in the form of, err, huge bongs, and not about inhaling marijuana smoke through a small puddle of filthy .

“A lot of people who buy these pieces buy them as pieces of art and not to smoke out of,” Gwen Borowsky, the National Liberty Museum’s CEO, told Fox. “These are pieces that you wouldn’t want to put a match to.”

The museum says there’s already huge interest in buying the works that are for sale. To be used as decorations, surely. 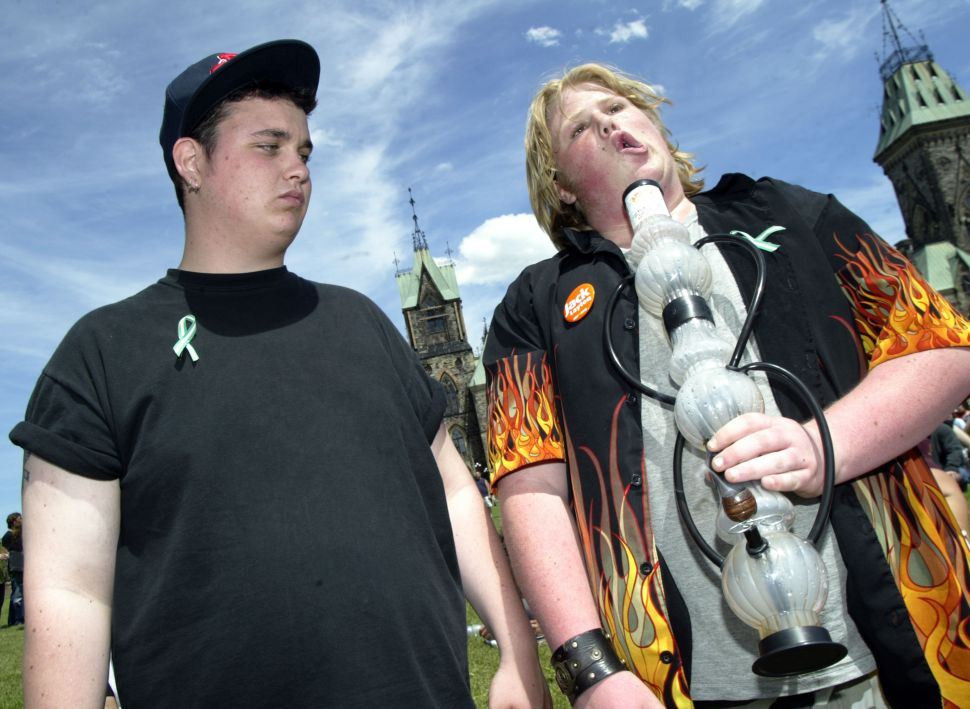