In the last few years, globalism has been waning. The CIA even warned that the great challenge to nations great and small in our times is devolution. Nationalism was at the door of almost every state in Europe from Marine Le Pen’s France to the Visegrad group on Russia’s border. But the tide may have begun to turn, signaled by Norbert Hofer’s Freedom Party losing its race for president in Austria at the end of 2016 and Dutch nationalist Geert Wilders losing by a significant margin this March.

It seems now to hang on Marine Le Pen, first among Europe’s nationalists. But Emmanuel Macron and his grassroots “guerilla army” rises steadily against her in the polls. She has stopped mentioning President Donald Trump’s name in her speeches; possibly the first hundred days of the Trump presidency has taken the wind out of her sails.

Now, the other shoe might have dropped for the British. The Germans, the French, the Spaniards and the Italians may be coming to agree that they and the whole of the EU will be better off without Britain. An EU consisting of a “multispeed agreement” could instead bring forth a new Europe with the potential to become again like the old Europe; Europe before Hitler and the Kaiser; a Europe of Johann Sebastian Bach, Oswald Spengler, Abbess Hildegarde and Schopenhauer; a Europe before Gene Kelly danced the American victory dance, singing in the rain in the streets of Paris.

The price of the Pax Americana would be to have them do it our way. And if they got rid of the Brits, they would be getting rid of the Americans as well.

Europe might today take a lesson from another corner of the British Empire that started out with one too many bosses: The Rolling Stones. At the beginning, there were two leaders, Brian Jones, the group’s founder and leader, and Mick Jagger. Jones died on July 3, 1969. From a 2017 perspective, you might say that he died never to be heard from again as the group in the hands of Jagger and company became post-Beatles the greatest musical and possibly cultural force in the world and still draws a crowd.

So, Germany or Europe might likewise explode without the harping Brits and find their inner Jagger to lead them to heights yet imagined. There are endless stories like this in business partnerships, the arts and everywhere. When mentor, creative shaman or beloved ancestor passes or is driven out, the group in question explodes with creativity and finds its true destiny that had long remained hidden. Likely, an equal number crash and burn without the old leader. After Brexit, it could go either way.

Niall Ferguson, one of the most prominent public scholars, writes this weekend in the Times of London that this may be one of those times; the time when Shiva dances in an aureole of fire the dance of creation, destruction and wild thunder; the beginning of everything, the end of everything.

The break of Britain from the EU has been called a divorce, but Ferguson takes a different view because Brexit will be much more protracted and expensive than the worst imaginable divorce.

“‘Schism’ is in fact le mot juste for Brexit,” he says, recalling as it does the great division between western and eastern Christianity in 1054, as well as the period between 1378 and 1417 when there were rival popes in Rome and Avignon.

“Contrary to last year’s theory that Britain would be the first of many dominos to fall out of the EU, the precise opposite is happening. Contemplating Britain’s predicament, continental voters are backing away from full-blown secession from Europe. I predict there will be no Nexit, Frexit, Grexit or any other form of exit. Quite the opposite. For the EU is now freed from what has long been the principal obstacle to further integration: us.”

By “us” Ferguson presumably means Britain as he writes this for the London paper. But what about us, the Americans? Will we tag along with Britain as they hope we will in the escapist fantasy of Victorian nostalgia that is Brexit? Or are we bound to Europe?

Or do we just go alone and see where we land? That’s what we appear to be doing now and have freely chosen to do in the recent election. I’m not prepared to say that it was the wrong thing to do. 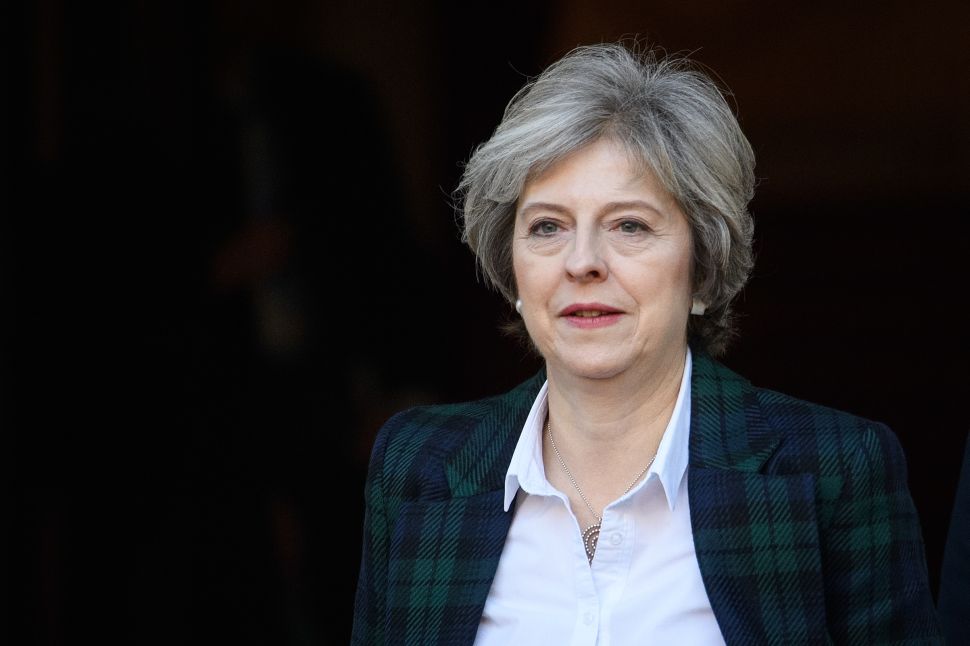