The Leader of the British Liberal Democrat Party, Tim Farron, has claimed that the upcoming general election is a chance to “change the direction” of the government to avoid Britain fully leaving the European Union. Farron has already pledged a second referendum on the final Brexit deal and wants to see Britain retain its membership of the European Single Market free trade area—despite public opposition.

The battle lines were drawn between Farron and May because European leaders have insisted that Britain cannot remain part of the Single Market without keeping free movement of people. This led to May conceding that Britain would have to leave the trading bloc because of the importance many voters attach to controlling the border.

Under free movement rules, over 500 million people have the right to live and work in the UK, and the country became a destination for several million migrants when former Communist countries joined the E.U. It is widely believed that this influx of immigrants put pressure on vital public services like health care and education.

Leaving the E.U. entirely is referred to as “Hard Brexit,” but there is a “Soft Brexit” option, following countries like Norway that are not E.U. members but have adopted some elements of European integration. Norway’s membership of the European Single Market gives it access to the world’s biggest trading bloc, but—in addition to free movement—the country also has to accept European law in some areas and pays a hefty membership fee to Brussels.

In a statement, Farron said, “If you want to avoid a disastrous Hard Brexit; if you want to keep Britain in the Single Market; if you want a Britain that is open, tolerant and united, this is your chance. Only the Liberal Democrats can prevent a Conservative majority.”

Since Brexit, the party has positioned itself as a fiercely pro-European option for voters. From 2010, the Liberal Democrats were in a coalition with the Conservatives but were wiped out at the 2015 general election.

At the time, it was widely accepted they had found it hard to define a clear difference between their policies and those of the Conservative leader, David Cameron, especially because Cameron was on the left of his party.

In her statement, Theresa May made clear that the general election was a practical step to make Brexit easier to push through in Westminster. She said that she wanted “a United Kingdom that is free to chart its own way in the world.”

She added, “That means we will regain control of our own money, our own laws, and our own borders, and we will be free to strike trade deals with old friends and new partners all around the world.”

She went on to warn that this was impossible because of the actions of Labour and the Liberal Democrats.

She continued, “At this moment of enormous national significance, there should be unity here in Westminster, but instead there is division. The country is coming together, but Westminster is not. In recent weeks, Labour has threatened to vote against the final agreement we reach with the European Union. The Liberal Democrats have said they want to grind the business of government to a standstill.”

With Labour floundering under a poor leader, the general election may turn into a second referendum on the E.U. Voters who are angry about Brexit are likely to flock to the Liberal Democrats, while those who wish to push forward with leaving the E.U. will support the Conservatives. 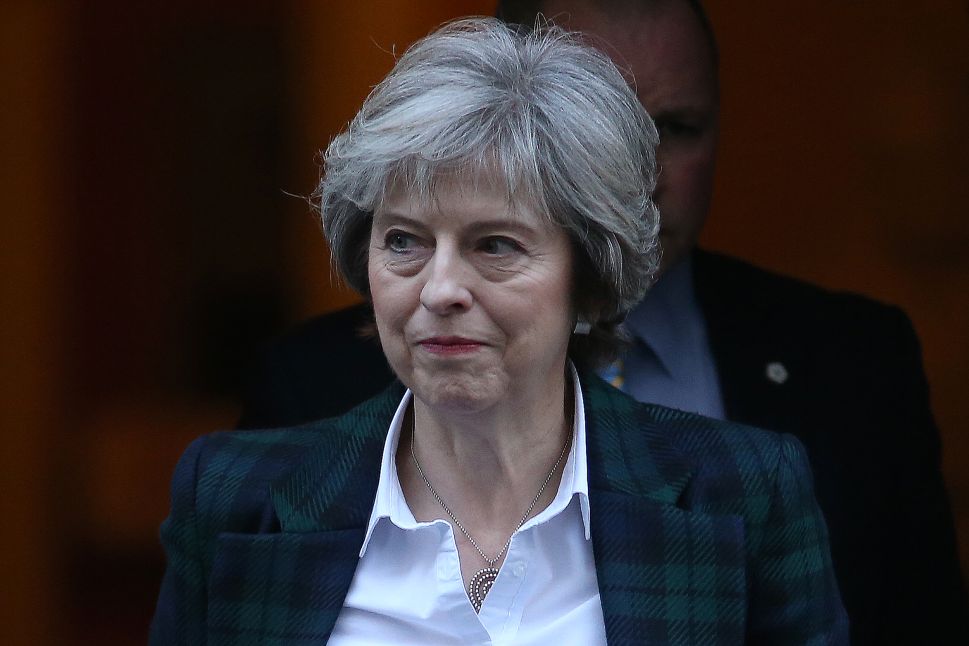