A 36-year-old marine biologist and conservation strategist from Brooklyn has become one of the driving forces behind tomorrow’s March for Science in Washington, D.C.—the first march she’s ever organized—and told the Observer why she thinks her profession is “at risk” under President Donald Trump.

Dr. Ayana Elizabeth Johnson currently works as an adjunct professor at New York University and is the founder of the Ocean Collectiv consulting group, which employs a social justice-oriented approach to the preservation and protection of the sea. She joined the march at the beginning of February as national co-director of partnerships, and has since been working to coordinate with organizations that support science funding and education—readying them for tomorrow’s march, which will consist of a teach-in, rally and march through the streets of Washington.

“A big part of the goal of the March for Science is to build this coalition that represents the whole spectrum of science and its role in society and policy-making,” Johnson told the Observer in a phone interview. “Ecologists to archaeologists, marine biologists…to better convey the value of science in our everyday lives in keeping us safe and healthy and all of that good stuff.”

The event—co-hosted by the Earth Day Network, the same group that established the annual environmentalist commemoration in 1970—will call on politicians to implement policies that fund and draw upon scientific research. It will coincide with 515 satellite marches around the world, including in New York City.

In Trump’s budget blueprint for 2018, he proposed to reduce the National Institutes of Health’s budget by $5.8 billion to $25.9 billion. And at the end of March, he signed an executive order directing the Environmental Protection Agency to overturn former President Barack Obama’s Clean Power Plan, which sought to reduce carbon pollution from power plants, and abolishes other Obama-era policies.

Johnson reiterated that they want to send the message that science plays a fundamental role in society and to dispel the notion that science is “something that happens in a lab far away that doesn’t matter.”

“Making it clear that scientists are part of communities and doing that sort of integration and then building a coalition,” she said when asked to explain her strategy. “Then leveraging that to do more scientific education, raise scientific literacy as well as push for the role of science to be included in policy-making across the government.”

Political and civic engagement comes naturally for Johnson. Her parents, a teacher and an architect, are first and second generation immigrants and civil rights activists.

Johnson received her bachelor’s degree in environmental science and public policy at Harvard University and a Ph.d. from the Scripps Institution of Oceanography. She wrote her dissertation on ecology and the sustainable management of coral reefs in the Caribbean—work she described as “half-social science, half-natural science.”

As executive director of the Waitt Institute—a nonprofit research organization that encourages communities to care for local ocean waters—she co-founded the Blue Halo Initiative, a collaboration between the organization and partner governments to come up with sustainable ocean policies. She also spearheaded the Caribbean’s first victorious island-wide ocean zoning project and subsequently launched the initiative on Caribbean islands Curaçao and Montserrat.

Before that, she handled drafting for the National and Oceanic Atmospheric Administration’s contributions to the National Ocean Policy Implementation Plan—actions federal agencies would take to address crucial ocean challenges. And she served as an environmental scientist on the Environmental Protection Agency’s regulatory analysis and policy team.

She also writes a National Geographic blog called “How to Use the Ocean Without Using it Up.”

Johnson has participated in demonstrations before, including those of the Black Lives Matter movement. But she wrote recently that she never expected to spearhead a mass demonstration herself. What motivated her was her “crush on the scientific method.”

Johnson said she first got involved with the march after reading about scientists and web developers rushing to download and archive government data sets. She argued that the president’s proposed budget cuts will make it harder for scientists “to do science that protect drinking , food quality…and our medicines.”

“The silencing of scientists, the deletion of government data and making sure that science has a role in policy-making are the reasons I got involved, and are the things I’m most concerned about and are definitely part of what the March for Science is rallying people around to address,” she said.

She recently participated in her first-ever Facebook Live discussion with one of the march’s honorary co-chairs, Bill Nye, the science educator, TV personality and mechanical engineer known as “Bill Nye the Science Guy.”

“This is not just a national issue, this is something that scientists and science advocates all over the world are really concerned about in their countries, too,” Johnson said. 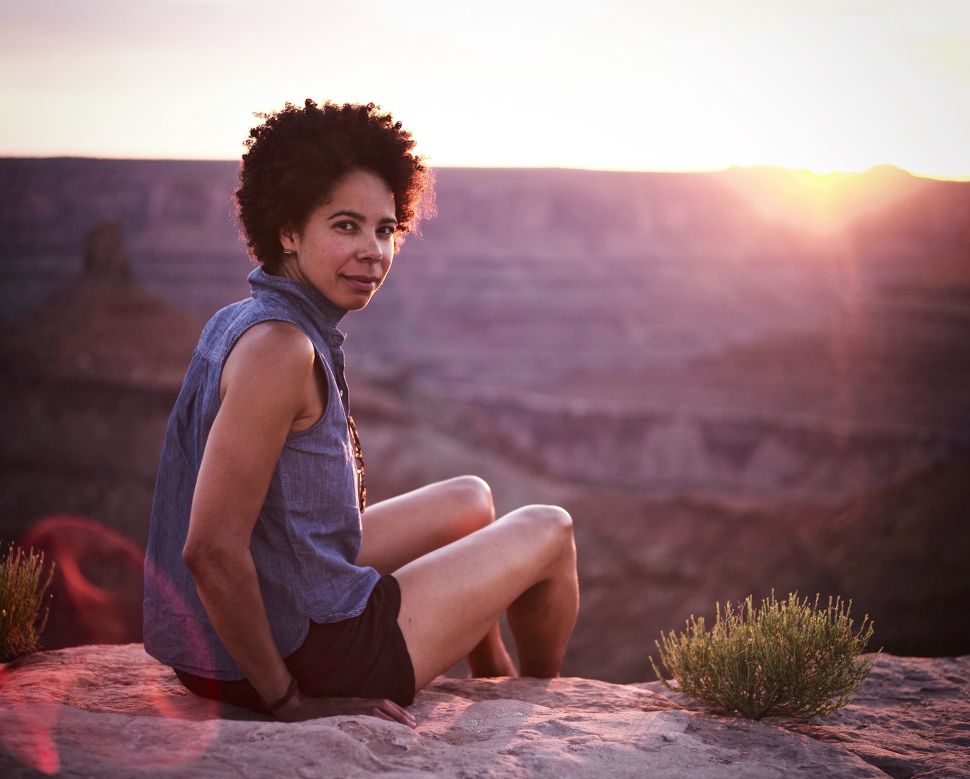