Brooklyn Congresswoman Yvette Clarke said that the people of the United States “cannot continue to pay” for President Donald Trump and his family’s business and day-to-day activities—and reiterated that she aims to have Trump “removed as soon as possible.”

Speaking at her latest #BrooklynResists town hall at the New Life Tabernacle Church in East Flatbush on Wednesday night, Clarke blasted Trump sons Eric and Donald Jr.’s frequent business travel around the world, New York City having to foot the bill to protect Trump’s family and their Fifth Avenue headquarters—and only getting reimbursed $7 million last year out of $35 million requested—and president’s weekend visits to his Mar-a-Lago resort, which has cost Florida more than $20 million in the first 80 days of his administration, according to CNN. She also expressed frustration over first daughter Ivanka Trump’s company getting trademarks from the Chinese government on the same night that she and her husband, White House senior adviser Jared Kushner had dinner with Chinese President Xi Jinping at Mar-a-Lago.

NYPD Commissioner James O’Neill estimated in February that the cost to the city for guarding the Manhattan skyscraper tops $150,000 a day so long as First Lady Melania Trump and son Barron Trump reside there, which the First Family has said they intend to continue doing until the end of the current school year.

During her introductory remarks, Clarke—the daughter of Jamaican immigrants—warned against growing passive and complacent toward the Trump administration. She also revisited her claim from earlier this year that “it won’t be long” before Trump is impeached.

The congresswoman said that rumors have swarmed in Washington about scenarios in which “Trump falls, Pence and then Ryan moves over,” as Vice President Mike Pence would be next in line if Trump were to be impeached, followed by House Speaker Paul Ryan. Clarke promised to continue pushing to see the president “removed as soon as possible,” which would require a majority in the GOP-dominated House to vote in favor of articles of impeachment, and two-thirds of the Republican-run Senate to support his ejection from office.

Clarke even speculated that Pence might be covertly abetting the various probes into the executive branch.

“These guys are prone to overreaching, prone to overreaching and I would not be surprised if in this investigation, in all these investigations that are taking place, that there may not be a little Mike Pence in there,” Clarke said. “So we’re gonna cross that bridge when we get to it, but we definitely need to stay vigilant, continue to call for these hearings to go forward because the abuse of the American people that is taking place at the hands of Donald Trump is unsustainable.”

“I don’t want anyone here to feel comfortable a moment while Donald Trump is in office—not one moment,” Clarke told the crowd, which cheered and clapped raucously.

She told the Observer following the town hall that she was speaking about the myriad ties between Trump and members of his administration and the Kremlin, the intelligence community’s conclusion that Russian strongman Vladimir Putin oversaw the campaign cyber-meddling in the presidential election on the GOP nominee’s behalf and the suspicions of collusion between the Trump campaign and Moscow.

And she said that what Trump was doing was “akin to fascism,” arguing his entry into politics was a consequence of his refusal to accept ex-President Barack Obama’s victory in 2008—which she said was clear in his spreading of the false “birther” conspiracy theory that the former commander-in-chief was not a U.S. citizen.

“I think that when Donald Trump saw President Obama become president of the United States, he just went over the deep edge and he’s never recovered,” she added. “You know, just listening to him during the election cycle, you could tell that he was just livid. I mean, he started with the birther thing and then he’s just been rolling ever since.”

Trump actually praised Obama during the Democrat’s first year in office, and only started espousing far-right rhetoric about the first black president while weighing a run for the Oval Office in 2011. 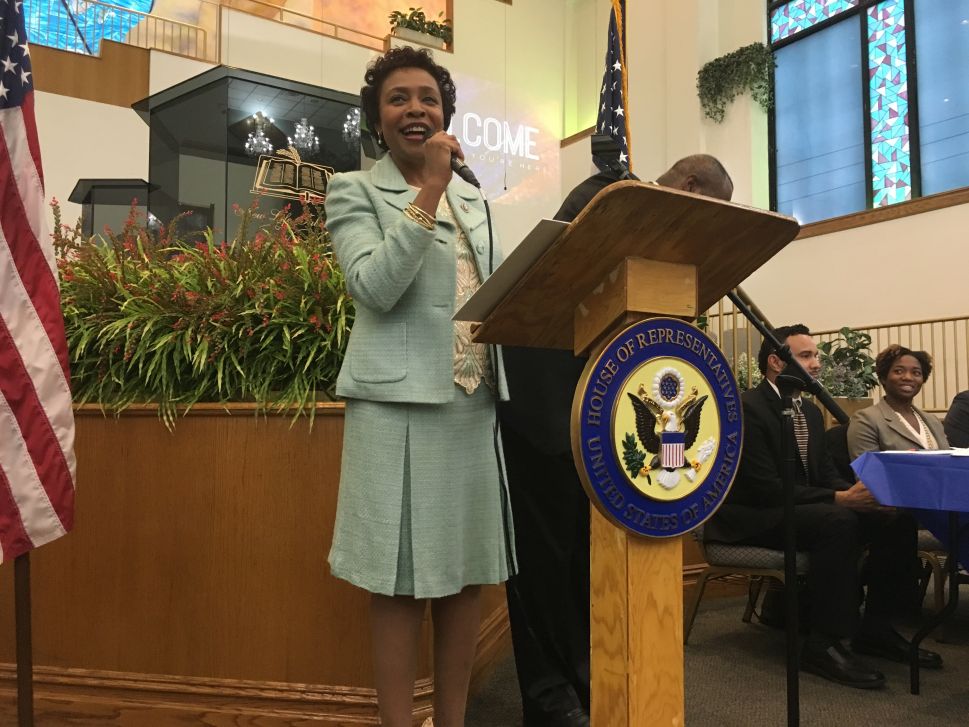