When my father-in-law struggled in school in a mill town along the Ohio River, his parents suggested that he head across the bridge and work in the steel mill. It was a path that once created stable lives for many Pittsburghers.

But in the 1970s, steel and coal were on the decline in the midwestern and mid-Atlantic “Rust Belt.” Manufacturers downsized in favor of automation or relocated to affordable overseas operations. Over time, these regions have become desperate due to chronic problems of extended unemployment, increases in substance abuse, declining populations and an overall degradation of the quality of life.

When asked how to improve Rust Belt communities, the answer of working-class residents is still “jobs, jobs, jobs.” In other words, residents hope that a mega-corporation will ride in like a white knight and employ the community, yet steel and coal are unlikely to make a strong comeback in the United States.

As a researcher of education policy at Penn State, I wanted to explore whether K-12 schools in the Rust Belt region were still preparing young people for the mill towns of old or were responding to the economic realities of today. What adaptations might they make to build upon the resources that still exist in Rust Belt communities?

Rust Belt citizens tend to have a strong “sense of place.” They often prioritize their deep roots in the community over promising career opportunities in other locales.

This strong connection to the region is a valuable resource.

Young people who are already invested in a community might stay and contribute to the local economy. However, I found in my research that students in the Rust Belt often aren’t aware that there are job opportunities in their community – let alone what those opportunities might be or how to attain them.

How do we give students the information and support they need? To start, responsibility must straddle businesses and schools. In some Rust Belt cities, nonprofit economic development groups – such as JARI in Johnstown, Pennsylvania – have assumed a leadership position as “brokers” between industry and schools. According to one regional guidance counselor:

We’re getting more connections with the industries… In the health occupations class, for example. Once those students are certified, they can go out and work. If they get jobs at [the local hospital], once they get their foot in the door … they can go on [working while they] get additional schooling.

School-business partnerships can also consist of exposing students to high-skill employment opportunities in fields like aircraft testing and information systems security. Through internship and shadowing opportunities, such a program advertises the growing sectors of the local economy – and the broad range of skilled and unskilled careers available.

Through these “awareness” efforts, some Rust Belt communities have experienced improved academic outcomes as well. One Rust Belt district in my research improved the number of ninth graders who stayed on track academically – a benchmark that has been shown to be critical in overall school success.

College is not always the answer

Derrick grew up in a small mill town about 20 miles outside of Pittsburgh. The first in his family to go to college, Derrick graduated with a degree in music education from a nearby college with the hopes of returning home to teach. But with declining populations, few schools in western Pennsylvania hire new teachers.

The idea of moving away was too much for Derrick. Instead, he chose to drive a bread truck. After several years, he eventually found a better-paying job on the railroad – a job he could have acquired right out of high school. He still works with music groups through his church and volunteers at his local school, but 10 years out of school, he has not yet been able to make music his full-time career.

Like Derrick, more than one-third of college graduates will end up taking a job he or she could have gotten right out of high school. Yet, mill town communities in Derrick’s region have been experiencing a shortage of skilled labor in some technical trades that require two-year technical degrees rather than four-year liberal arts diplomas. According to one western Pennsylvania high school principal:

We always believe that if a kid has a skill as a welder, we want them to eventually become some type of an architect or a mechanical engineer… It’s not preparing them to leave here and go to work. It’s to live here, start a career…and move up.

While four-year liberal arts degrees may be the right fit for some people, in the case of Derrick, he needed training in a field that would allow him to stay local. He could have gotten the right training right away and moved up in his career more quickly – while saving a lot of tuition money at the same time.

Still, Derrick’s story can be viewed as a success compared with many Rust Belt youth. His ability to finish college is not the norm in his community.

“Even though about 65 percent of our kids were going on to college, only about a fourth of them were finishing,” explained one western Pennsylvania high school principal. These numbers align with national research stating that the “new forgotten half” of the economy is the students who go to college but never finish.

When high schools graduate students who don’t have the set of skills that colleges are seeking, it’s surprisingly common for students to arrive at a community college and have to take years of remedial work before their courses “count” toward a college degree. Students can end up paying thousands of dollars just catching up on skills and knowledge that colleges require before the beginning of a degree program.

One of the most promising of these “alignment strategies” is dual enrollment programs, which are offered in 46 percent of high schools, engaging 1.2 million students nationwide. Dual enrollment options have boosted rates of college degree attainment for low-income students, improved degree progress and increased college readiness.

In the Allentown region of Pennsylvania, dual enrollment arrangements allow students to enroll in a six-year engineering program – two years each in high school, community college and university. The program makes it possible for a student to receive a bachelor’s degree in engineering for a fraction of the cost of attending a four-year school full-time.

I would also argue that such strategies entice students to choose local colleges and universities, which, in turn, increases the possibility that they will remain local after finishing their degrees.

For Rust Belt communities, a coherent strategy combining “awareness” and “alignment” could be a key to economic growth. This strategy can provide knowledge, financial incentives and guidance for students to be successful in local careers.

This idea doesn’t rely on new companies to come in and create new jobs. Rather, it helps young people find the jobs that are already available. It also helps employers to find qualified individuals who have a commitment to the community and an interest in staying for the long haul.

Dana Mitra is a Professor of Education Theory and Policy at Pennsylvania State University. This article was originally published on The Conversation. Read the original article. 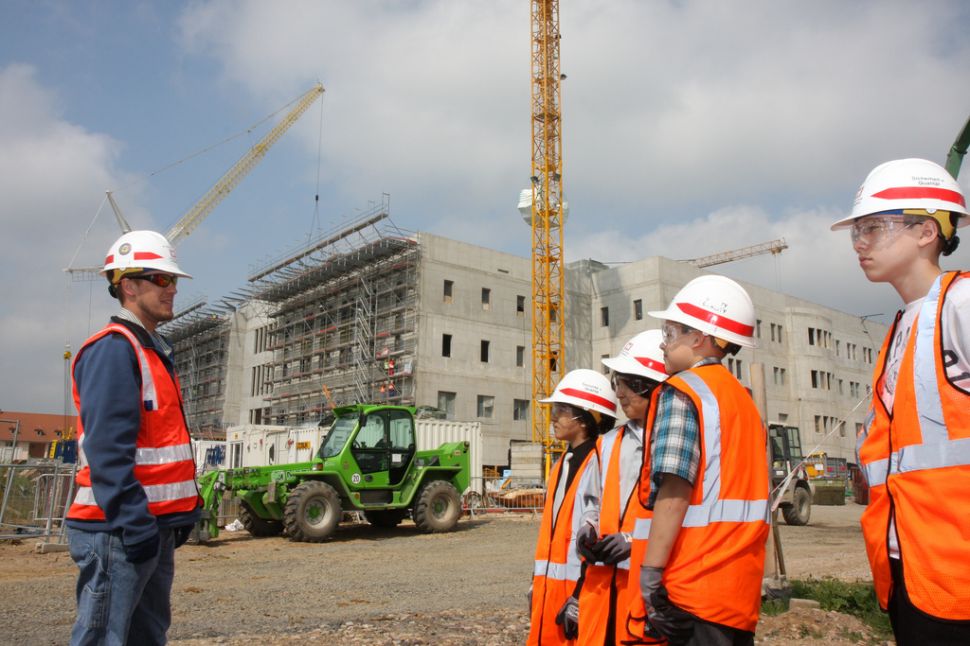