On April 10th, the non-aboriginal seal hunt officially began on the East Coast of Canada despite environmentalists’ and animal rights activists’ demands for the Canadian government to intervene. Documents released under freedom of access laws in Canada revealed that the Canadian government was spending five times the amount of money—$2.5 million—to monitor seal hunts than the income generated by the hunts themselves—$500,000. The market for seal fur continues to decline, yet the government pours subsidies into the industry—even under Canada’s liberal Prime Minister Justin Trudeau.

In 2016, over 66,000 seals were killed in the hunt, with methods ranging from clubbing, shooting with a high-powered rifle, or using a hakapik, which resembles a pick-axe. Many of the seals killed are babies because their fur is considered more valuable. The hunt is often reserved for the spring, shortly after seals give birth and begin to nurse their pups. One Canadian export company, Phocalux, successfully lobbied the Canadian government to get a jump start on this season’s hunt, opening it on March 28th.

“For 18 years, I’ve observed the Atlantic Canadian seal slaughter at close range and witnessed a level of suffering most adult people can’t bear to watch on video. Almost all of the seals killed are pups just a few weeks old, and they are treated brutally,” said Rebecca Aldworth, executive director of Humane Society International/Canada. “Baby seals are routinely shot and wounded and left crawling through their own blood on the ice, crying out in agony. Many conscious, wounded baby seals are impaled on metal hooks and dragged onto the bloody decks of the boats where they are clubbed to death. Wounded seal pups also escape into the , where they die slowly and painfully.”

Though the number of hunters involved in the seal hunting industry has diminished along with the decrease in demand—in part due to the United States and European Union banning the trade—the Canadian government has continued to allow this cruel practice. Those in favor of the hunt have cited cultural and economical arguments, but over the years the market for the trade has declined as society begins to recognize it as cruel and archaic.

Seals in Canada already face pressures from climate change and the disappearance of their habitat, the sea ice. Without suitable sea ice to give birth, nurse their pups, and rest during their annual migration to northern feeding grounds, seals have increased risks of death even before the seal hunt begins. A 2012 study conducted by a Duke University marine ecologist found that harp seals in Canada are suffering from these changes to their habitat. “Harp seals aren’t endangered,” Johnston said in an interview with Scientific American. “So often, we wait until a population is depleted to do anything, and it’s often too late. Here, we have a possibility of getting in front of it and predicting what might happen.” 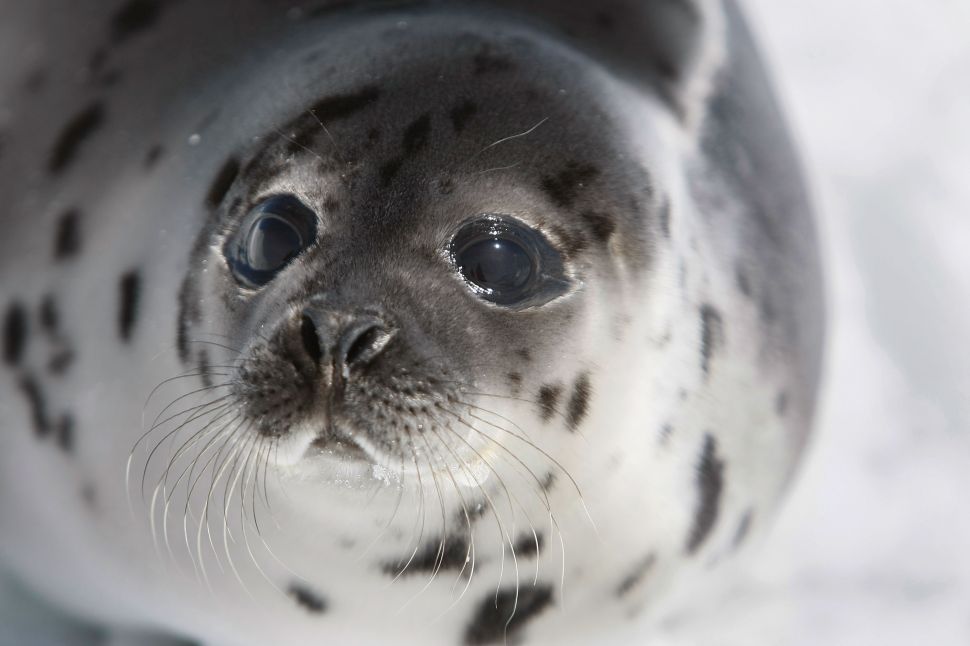